Close X
Home/European Region/Top Things To Do In Limousin: The Home Of Unspoiled Natural Beauty

Top Things To Do In Limousin: The Home Of Unspoiled Natural Beauty 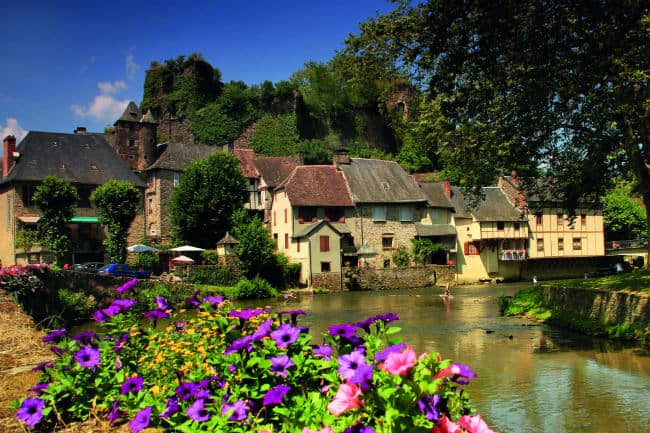 Stretching over 17,000 kilometers, Limousin is set in the Massif Central, south-central France. The area is a paradise for any fan of natural vistas, with spectacular places to stroll in and tons of activities to do for you and your whole family.

If you are looking for the idyllic spot of a city off the beaten track in France, then Limousin is your region! The region is divided into three departments: Corrèze, Creuse, and Haute-Vienne. Helping you make the best trip plan, here are our picks of the top things to do in the Limousin region.

Buy the Best Tapestries from Aubusson

For thelast 500 years, the city of Aubusson has been famous for producing excellent tapestry and carpets. Aubusson was the producing city of the elegant tapestries that were used to cover the French castles during the Middle Ages.

Whether you are a textile fan or not, the sight of the gorgeous work you will see in this city will definitely urge you to buy a piece for yourself…..and speaking from experience here, you won’t regret it for sure!

Still going strong, Aubusson is still the capital of great tapestry. In recognition of the city’s superb craftmanship, the Aubusson tapestry was inscribed by UNESCO on the Representative List of the Intangible Cultural Heritage of Humanity.

One of the top things to do while in Aubusson is to visit a tapestry workshop like Espace Tapisseries Aubusson; the placeworks on renovating old historic tapestries, and they have an art gallery to enjoy as well.

There is also Cité Internationale de la Tapisserie center with its museum that features tapestries from the 15th century to the present day, including many masterpieces.

One of the amazing things to do in the Limousin region is surely going to visit the well-known Limoges Cathedral. The Roman Catholic church is a national treasure, and it was built in the 13th century.

While you are there, make sure to check the carved rood screen on the western side of the central part of the church, and of course, the sculptures on the tomb of bishop Jean de Langeac.

Uzerche, the Pearl of Limousin

Famous for being the Pearl of Limousin, the hill town Uzerche is located on a rocky outcrop overlooking the Vézère River with some exquisite historical buildings that are beyond compare. The town is filled with remarkable old towers, gorgeous hôtels particuliers, and atmospheric vaulted passages.

This is a small gothic monastery that just beams with peaceful vibes. The monastery contains brilliant woodcarvings created by monks in the 17th century, and they certainly deserve the trip.

The woodcarvings are a marvel to see, and they show the monks’ exceptional craftsmanship at that time. There is also an altarpiece with twisted columns and a rood screen that will take your breath away with their beauty.

One of the best things to do in Limousin is, without a doubt, going for a hike that also involves exploring a piece of history of the area. There is no better place to do that than Canal des Moines.

Running for 1.5 kilometers, the charming canal was built in the 12th century when monks of Aubazine Abbey at the time needed to get waters of the Coiroux brook along the steep side of a valley for hygiene and irrigation. Taking a walk around the Canal des Moines is a must-do while you are in Limousin.

It is hard not to think of fairytale castles when you first see the Château de Val. The turreted castle is located on a rocky spur within one of the largest lakes in Europe, the Lac de Bort-Les-Orgues.

With its ambience of another era in the air that would take you to another world, it would be a shame not to visit the medieval gothic fortress, Château de Val. The uniqueness of Château de Val can also be seen on the inside, with the castle being lavishly furnished, unlike the majority of the French chateaus.

The castle is open for visits from February to early November, and in July and August, the château hosts outdoor musical events in the courtyard every Wednesday evening. Also, if you feel like spending the night, you can stay at the Royal Suite at the castle and wake up to some delicious fresh-baked croissants.

Setting on the top of a rocky mount over two valleys, the Curemonte commune is listed among the Plus Beaux Villages de France. The town’s highest attract is three medieval castles that you can see from a distance

The town flawlessly preserved squares and buildings make you feel as it has never been touched by the modern age. The town has three historic castles, including the 14th-century Château Saint-Hilaire, where the famous French author Colette wrote her book Journal à Rebours.

Who isn’t a fan of the tasty Denoix’ liqueurs?! While you are in Limousin, you can go check all the magic behind the making of the famous liqueur and get the chance to truly appreciate the artisanal savoir-faire that goes into the making of Denoix’ aperitifs and liqueurs.

Passed down the Denoix family since 183, the factory chose to stay with its old methods while making the aperitifs and liqueurs instead of using the modern ones. There are thirteen different drinks made at the factory, including the famous walnut liqueur, which is made with locally-cultivated green walnuts that get crushed down in huge batches every summer.

The place offers you a tour guided by a member of the Denoix family, who will let you see how walnuts get macerated and see the oak barrels where the liqueur matures. Who can say no to that!

Limousin is not your typical French city, and that’s what makes it so special. You don’t come here for the typical châteaux and gardens but for the earthly wilderness, impressive fortresses, in addition to those splendid green meadows and old villages.

Best Things To Do In China: One Country, Endless Attractions!

4 Best Things To Do In Billund, Denmark