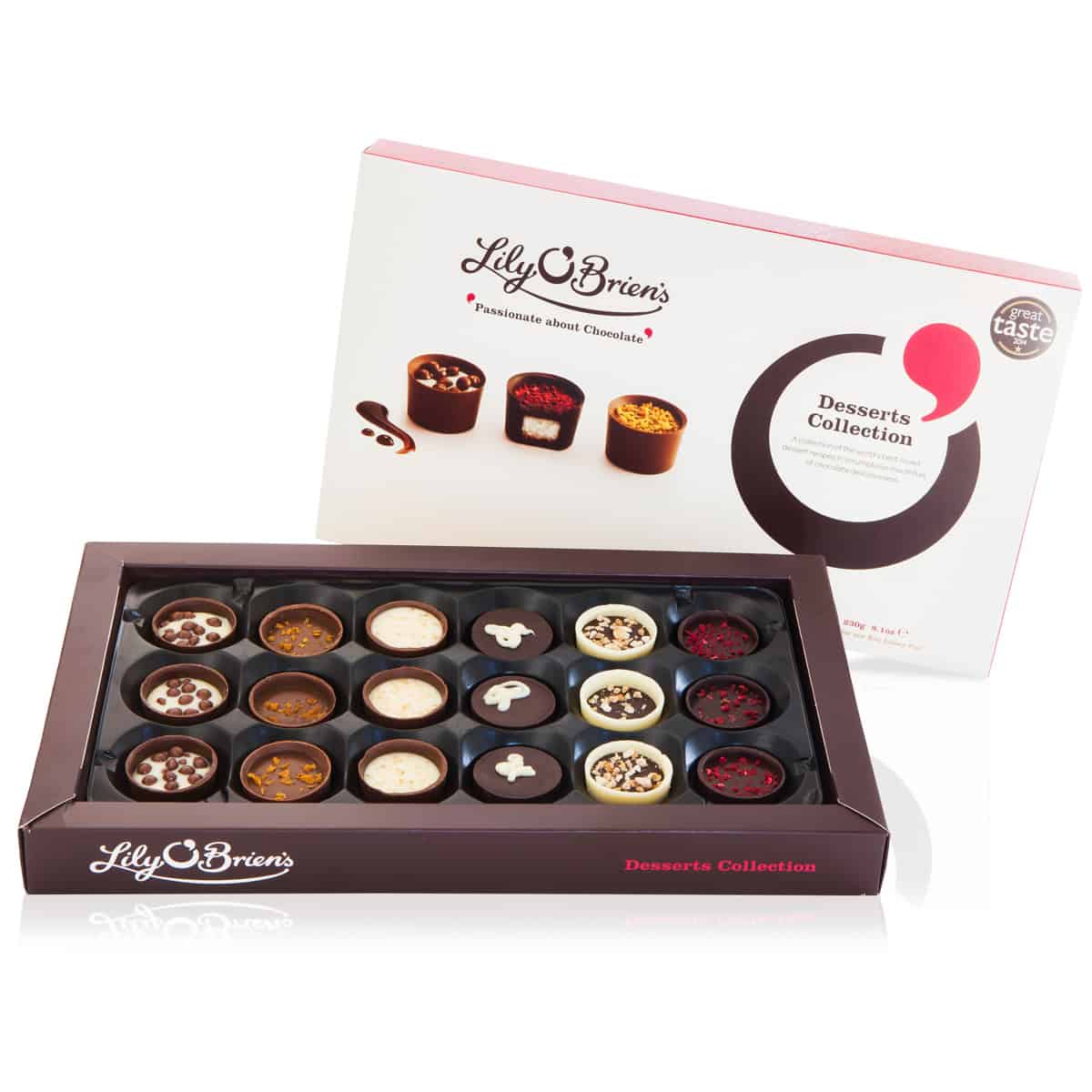 One name that you might not have heard much of is Mary Ann O’Brien, but she happens to be the powerhouse of one of Ireland’s most successful chocolate manufacturers ‘Lily O’Brien’s Chocolates’. The story behind how Mary Ann O’Brien came to create the much-loved Irish chocolates is one that is very inspiring, to say the least.

Lily O’Brien’s Chocolates have become internationally famous for its creativity and innovative tasting flavours that are seriously irresistible. Mary Ann O’Brien has successfully built an impressive chocolate empire that recognises her as one of Ireland most successful women in business.

Keep reading to find out more about Mary O’Brien and what inspired her to begin making chocolate products for a living.

The story first begins in 1992, after Mary Ann O’Brien had recovered for a debilitating illness,  she discovered her passion for chocolate, while she was on a trip to Cape Town in South Africa. On her whale watching trip in Cape Town, she came across a girl, the hotel owners daughter of where she was staying, spending her time making chocolates for the local restaurants.

Mary Ann took a keen interest in what she was doing and over the course of her trip, she spent most of it in the hotel kitchen with the owner’s daughter, cooking up a chocolate storm. The trip to South Africa was meant to be a nice break but ending up helping Mary find her true passion in life, that was off course all things chocolate.

Mary O’Brien honed in on her chocolate making skills with some of the best chefs and chocolatiers around South Africa and Europe before eventually heading home to Kildare, Ireland with a business idea in mind.

It was then in her home kitchen, that Mary began creating unique and high-quality chocolate products with the help of her then two-year-old daughter, Lily, who the chocolate company is named after.

Passion for Chocolate Leads to Success

Mary Ann O’Brien had very little knowledge of the chocolate industry or the business world, she came from a racehorse background but that never stop her dreams. She travelled around a variety of places, learning and taking in, as much as she could from research, development to packaging and even machinery needed to create a chocolate company.

During the early stages of Lilly O’Brien’s Chocolate, Mary did much of the work herself, however as the business evolved, she brought in few people, who were experienced in the chocolate industry, to help her.

Mary was determined to created outstanding hand-made Irish chocolate that would help put herself and Ireland on the world map. And so she did, with hard work and passion, Lily O’Briens Chocolates became one of Ireland’s much adore chocolate makers.

Today, Mary is still the face of the business and continues to create delicious chocolate, the passion that first led her to create the much-loved honeycomb chocolate hedgehogs is still very strong. Family values within Lily O’Briens Chocolate business remain very influential, and they are inspired to include food flavours as well as the typical classic chocolate flavours in all they do.

In 2014, Lily O’Brien’s Chocolate company was bought over by a polish company called Colin Holding SA from the Kildare based company for a remarkable 40 million euro. Although Mary is still a key shareholder in the business and the chocolate company continues to be run by the originally Irish management team.

Since 2013, the chocolate company has increased greatly, in revenues and global exports by almost 50% percent, highly due to investments in the production facilities and development of new products. The chocolate brand is also sold in over 15 counties around the world.

Besides being the mastermind of Lily O’Brien’s Chocolate, Mary Ann O’Brien is also the founder of Jack and Jill, a charity which offers support to families with sick children, as well as working as a senator for the Irish Government.

She is a woman of many talents but her story behind her accomplishments makes Mary even more inspirational. The Jack and Jill Foundation was created after Mary Ann’s son, Jack, nearly died from cot death, leaving him with brain damage, he sadly passed a short time later. She has always recognised that his death was an important aspect that inspired her charity work to help others.

On the Lily O’Brien Chocolate site, you can find out about all different flavours available and maybe treat yourself to a personalised box of Lily O’Brien’s chocolates because they are seriously worth the indulgement. Their blog site is also great to learn about some amazing chocolate recipes that you can try at home for yourself, you never know you could be the next Mary Ann O’Brien.

Have you tried any of the Lily O’Brien Chocolate products? The chocolate is an Irish favourite and we want to know if you think the same. Let us know in the comments below!

While on the topic of chocolate, how about giving making the best Hot Chocolate with Co Couture in Belfast a try?

Lisa McGee: the New and Talented Girl on the Block from Derry, Northern Ireland