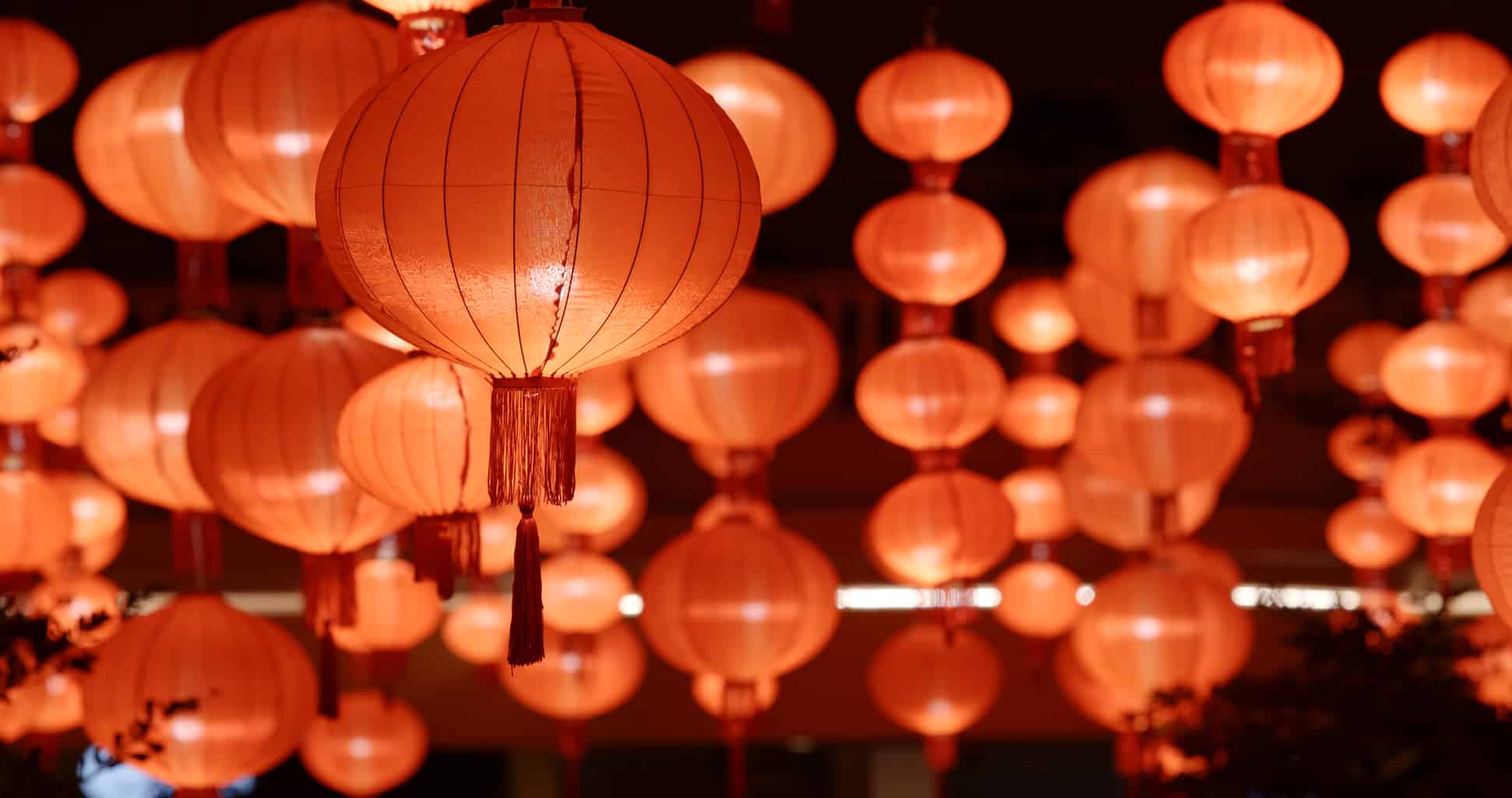 Festivals are happy events that fill our hearts with joy and our minds with hope. We fall in love with life during happy moments, and we cherish every second. Attending a lantern festival could be one of the best travel experiences in your life. It is an experience that will forever live in your memory and draw a smile on your face every time you recall it.

The lantern festival takes place in different cities around the world. It is more prevalent among Asian countries, yet many countries outside Asia celebrate it. This festival is a tradition that rises from religious of cultural origins. Either way, it symbolizes prosperity and peace; it serves as a tribute to the beloved ones who departed our world in some countries.

As the name suggests, this festival is where the crowd comes together to fly illuminated lanterns. The view of bright lanterns floating in the dark skies will induce emotions of joy and rejoice. You may have come across one festival, but you definitely haven’t seen all of them. Each festival has its own charm and ambiance.

While the lantern festival’s main objective wasn’t to be a tourist attraction, it still lures in several visitors from around the globe. There is a special charm about seeing thousands of bright lanterns taking over the utter darkness of the night. So, we gathered for you the most famous lantern festivals that take place in different spots around the world.

The Origins of the Lantern Festival

We have already mentioned that the lantern festival is more common in Asian countries than in others. The first-ever took place in China back during the Han dynasty. After spreading throughout China, the celebration started to escape the Chinese borders and reach other parts of Asia. Years later, Europe and America began to hold this event.

The lantern festival has initially been one to honor the Buddha; it was rather known as Yuan Xiao Festival. Many Buddhist monks adopted the tradition of lighting lanterns on the 15th day of the lunar year and floating them in the air. The main objective of the festival was to promote forgiveness and tolerance.

There is a legend behind the first occurrence of the event that is popular among the Chinese locals. As the tale goes, the Jade Emperor, You Di, was blinded by rage and anger when he learned about the killing of his goose, and he was determined to set a whole town on fire for revenge. However, a fairy appeared out of thin air to terminate his plan and save the people.

That fairy guided the people to light lanterns and release them in the sky across the whole town. They must do that on the day the Emperor appointed to cause destruction. Thus, illuminated lanterns flew all over the town, fooling the Emperor that the light was that of the flames eating the town away. Thanks to the devoted fairy, the town was saved from the Emperor’s rage.

Destinations for the Lantern Festivals around the World

Attending a lantern festival can be a rich personal experience. People write private messages before releasing them into the sky with the radiating lantern—seeing thousands of personal messages floating in the sky can be really touching. Whether it is a positive or negative message, you may feel liberated after letting it off your chest.

It is also breathtaking to see the lanterns brightening up the dark sky. You may have seen this pretty scene in the fabulous Disney Tangled movie. Now it is time to live the dream and chase the lanterns. Here are the most famous lantern festival destinations across the world:

Since the event’s origins were in China, it is only fair to start the list with the renowned Chinese lantern festival. The festival takes place on the first full-moon night that marks the return of Spring, and it is also known as the Spring Lantern Festival for that very reason.

The event is also a symbol for a family reunion; it is a holiday where family members gather to celebrate. Solving lantern riddles is a popular activity that occurs during the festival; winners may also receive little gifts. You should also try the ball-shaped dumplings known as tangyuan; it’s a fixed ritual.

Taiwan is one of the many countries that celebrate the lantern festival. It usually takes place in Pingxi District in New Taipei, hence the name. Many locals collect the waste after the hundreds of lanterns land on the grounds, and they are allowed to exchange the debris for several goods.

Several lantern shops allow their visitors to release a lantern into the sky at any time of the year, although the event takes place in February. You may not find this privilege elsewhere. So, if you are set to take on this experience but missed it in many countries, Taiwan should be your next pick.

Thailand is the only Asian country with more than one lantern festival, Loy Krathong and Yi Peng. They both take place on the same day in November but in different areas. Loy Krathong takes place in Sukhothai, while Yi Peng takes place in Chiang Mai. Thus, you have two options when it comes to Thailand.

Are you planning to head to Tokyo in July? You should add attending the Marine Day Lantern festival to your bucket list. The holiday takes place on the third Monday of July and lasts for two days. However, the occasion in Tokyo carries a different symbol from other festivals worldwide.

The objective of the Marine Day Lantern Festival is to honor the ocean. Locals show gratitude to the sea and everything it gives them by lighting up the Front Park overlooking Odaiba Beach. It is a view that you will definitely fall in love with. Also, you may spot several food vendors offering snacks here or there. Maybe grab a snack and enjoy the moments of tranquility and serenity.

Diwali the Festival of Lights – India

The lantern festival in India is rather known as Diwali or the Festival of Lights. It takes place in autumn and lasts for four or five days. Surprisingly, Diwali is the most important holiday in India; it’s celebrated by Sikhs, Hindus, Buddhists, and Jains. The festival takes place almost all over India; however, Rajasthan has a unique way of celebration.

We have great news! Vietnam’s famous lantern festival cannot be missed. Not because of its splendor, well, it is fascinating, but that’s not the real reason. The reason is that it takes place all year long. The Vietnamese celebrate the full moon every month, so you will always catch the festival no matter when you head to Vietnam.

Hoi An Lantern Festival is not about releasing illuminated lanterns in the sky. Instead, people had embellished lanterns throughout the country. They also light candles within the lantern; this addition creates a unique ambiance. You will also find a few lanterns floating over the waters, creating a breathtaking view.

Did you know that the United States was among the cities to celebrate the lantern festival? Well, now you do. The Floating Lantern Festival is the most popular across the country; it takes place in Honolulu, Hawaii.

The festival takes place on Memorial Day every year, where people pay tribute to the beloved ones who departed. Drumming performances and shell-blowing are the main aspects of the ceremony. The floating lanterns happen as the closing finale of the ceremony. People release the lanterns over the sea, where they carry wishes of joy and serenity.

It seems that several states in America like to take part in the glaring annual activity. The Rise Lantern Festival occurs in Nevada, near the northern part of Las Vegas, and it takes place in October in the tranquil Mojave Desert. Thousands of people gather and release lanterns as a symbol of calling for hope and happiness.

Also, the event raises awareness among people to use eco-friendly objects when it comes to creating lanterns. They adopt the policy of “Leave it better than we found it” as a call for sustaining the environment. The lanterns are usually biodegradable that the event organizers retrieve once the event is over.

The Polish version of the lantern festival takes place on St. John’s Night, which is the shortest night of the year. Every year, it takes place in Poznan, where thousands of paper lanterns are released to light up the dark sky.

The event celebrates the beginning of summer. Like most of the world’s lantern festivals, personal messages ornament the lanterns. The locals believe that those who attend the spectacular event are guaranteed to witness success and happiness within their lives.

Jordan happens to be the only country in the Middle East to celebrate the world’s famous lantern festival. It is a tourist attraction factor rather than a religious or cultural tradition. Moreover, it turns Petra city into a twinkling wonderland, making the beholders stare in wonder.

Hundreds upon hundreds of lanterns are lit before the Petra Treasury. You will be seeing a relaxing scene of several lanterns twinkling in the utter darkness. The flickering lights manage to draw a large number of people. Its main objective is to shed light on the impressive monument of the Petra Treasury.

So, which destination will you pick next to celebrate the dazzling lantern festival?

15 Hidden Gems in Iceland to Discover for Yourself

Tour these 10 Fascinating Spots in Las Palmas: A Deluxe Journey Along the Shores of the Canary Islands