Top Locations to Visit in Italy for Art Lovers 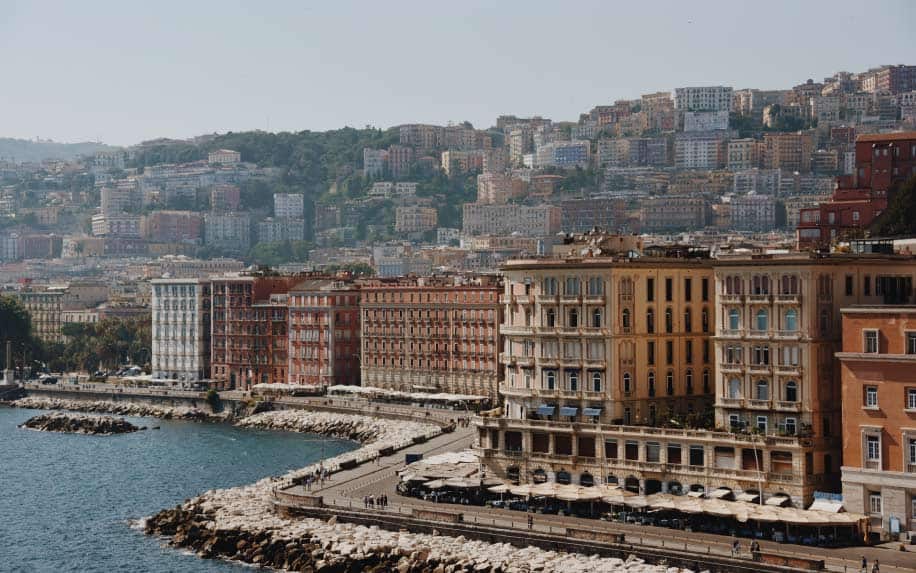 Throughout its history, Italy led the world in art and architecture. From Da Vinci to Michelangelo, Donatello, Bellini, and more, you cannot visit the beautiful country of Italy without exploring some of its well-known spots that display and highlight the stunning and timeless creations of these memorable artists and pioneers.

Here are the top places to visit in Italy for art lovers.

As you walk through its museums, make sure to enjoy the following locations or displays: The Sistine Chapel, Raphael’s ‘Transfiguration’, St Peter’s Square, Caravaggio’s ‘The Entombment of Christ’, Raphael’s ‘The School of Athens’, Leonardo’s ‘St Jerome in the Wilderness’, Raphael’s ‘The Annunciation’ and many more.

Even better, many of the attractions in the Vatican are free, which is great if you’re visiting Italy on a budget.

Florence is known as the city of the Medicis, the world-famous patrons of art in Europe in the 16th century, who fostered many Italian artists in their time and turned Florence into a center of art and artistic production. That is why if you visit the city today, you will be at a loss of which beautiful location to visit first.

We recommend you start with the Galleria dell’Accademia to marvel at Michelangelo’s David. Next, head to the Uffizi Gallery which displays some of the most important works of the Renaissance, from Leonardo da Vinci, Giotto, Botticelli to Michelangelo as well as a large collection of Greek and Roman sculptures.

Afterward, walk to the Church of Santa Maria Novella that holds extraordinary works of art including Masaccio’s Trinità, Ghirlandaio’s fresco cycle in the Tornabuoni Chapel, and Giotto’s Crucifix, among others.

Florence is great for an Italian adventure.

Rome, the capital of Italy, is a perfect place for art lovers. The streets of Rome are works of art in themselves and are considered open museums. You can visit any church around the city and enjoy their stunning frescos and interior ornamentations crafted beautifully hundreds of years ago. Perhaps the most famous works of art in Rome can be found at the Galleria Borghese, Santa Maria del Popolo Basilica, Galleria Doria Pamphili, and Basilica of Santa Maria, and of course, don’t forget the Colosseum and the Trevi Fountain.

Milan is where you can see Leonardo da Vinci’s Last Supper (1498). Due to the fragility of the painting, which began to deteriorate in the early 1500s, visitors are only allowed every 15 minutes with a maximum of 30 people in the room at a time (similar precautions are taken in the Sistine Chapel in the Vatican).

You also cannot visit Milan without visiting the Duomo di Milano, or Milan Cathedral. It took nearly 600 years to complete the building, which now is touted as one of the largest cathedrals in Italy and Europe.

Naples is another Italian city that should not be overlooked by art lovers. You can start at the 19th-century Palazzo Donnaregina and Museo MADRE for contemporary, Renaissance, baroque, and classical art.

Among the other notable museums and art galleries that should not be missed in Naples are the Palace for the Arts, Galleria Lia Rumma, Casamadre, and Piero Renna Arte Contemporanea.

Many works of art have been inspired by history and that is definitely the case when you look at the art in Verona. Inspired by Shakespeare’s Romeo and Juliet, Verona (where the events of the world-renowned play are set) has a multitude of works of art dedicated to it, perhaps the most famous of which is the statue of Juliet situated in front of Juliet’s House where thousands of people leave letters in hopes that Juliet herself may answer them and fix their love lives. Juliet’s House is located inside a medieval residence where the Cappellatti family used to live (changed to Capulets in Shakespeare’s play).

The museum at Juliet’s Tomb stands is dedicated to Giovanni Battista Cavalcaselle, the father of modern art history in Italy. It houses an extensive collection of medieval and modern frescoes taken from the walls of palaces and churches in Verona.

At Piazza Erbe, be sure to visit GAM, the modern art gallery, where you can enjoy the 1,400 works of the Achille Forti collection, featuring artworks by Hayez, Dell’Oca Bianca, Casorati, Birolli, De Pisis, and many others.

Check out our guide to filming locations around Italy.

Outlander: Filming Locations of the Popular TV Series in Scotland

Things to Do in Port Said