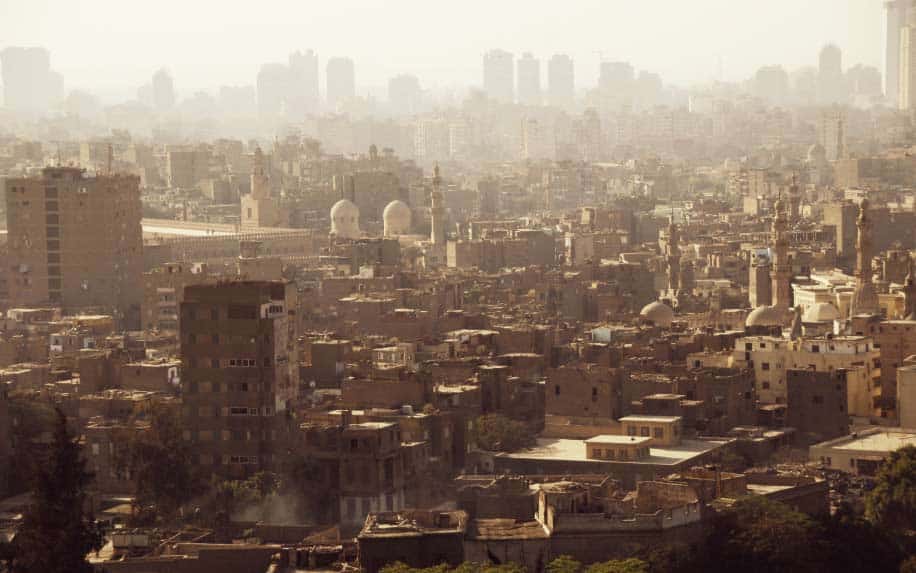 Ismailia enjoys an excellent geographical location, overlooking the banks of the Suez Canal, the Bitter Lakes, and Lake Timsah. The western side of Ismailia City extends in the African continent, while its eastern section is located in lands from the Asian continent, and due to its lovely weather throughout the year, tourists and locals go there during the summer and winter. Ismailia is also distinguished by its beautiful beaches and calm, clear waters, which makes anyone want to try many types of water sports.

The origin of Ismailia dates back to the predynastic era when it was the eighth district in the region of Lower Egypt, and its capital was Bratum in the area of ​​Tell al-Maskhouta in the modern city of Abu Suwayr.

Ismailia City is divided into several centres, cities, and local units, and the number of its cities is seven cities, five centres, and thirty-one rural local units. The cities are:

Ismailia overlooks Lake Timsah from its western side. It is one of the parts of the Suez Canal Corridor. It is considered the headquarters of the Suez Canal International Company during the reign of Khedive Ismail. It is a modern city, as its establishment dates back to the 16th of November 1869 and that was when the Suez Canal was opened.

The city of Fayed is well-known as a coastal city, and its coastal location has given it great touristic importance in Egypt. It is a summer resort for local people from the capital city Cairo, where it is separated by only 112 kilometers, and its total area reaches 5322 km2. It has many hotels, resorts, and inns to accommodate vacationers.

It is one of the centers of the city of Ismailia and includes Abu Sweir Military airport.

It is located within the governorate’s centers, and its geographical borders start from the village of Al-Mahsama to the village of Al-Zahiriyah, and its history dates back to the pre-dynastic era. This city is considered one of the most famous Egyptian cities for the cultivation of mangoes and strawberries.

Qantara East was named due to its location east of the Suez Canal, it occupies an area of the Sinai Peninsula. The city was built over the ruins of a cemetery dating back to the Roman era. It was known by several names, including Tharu and Sila and it includes several archaeological landmarks, including the military fortress built by the Mamluk Sultan Qanswa Al-Ghouri.

Things to do in Ismailia

Ismailia is such a beautiful city that you can visit it with family and friends, in order to do that you have to know more about the city’s attractions, so pack your bags and let us start our journey to this beautiful Egyptian city.

It is one of the oldest museums in Egypt. It was built by engineers working for the Suez Canal International Maritime Company from 1859 till 1869. It is in the form of a temple, and it was officially opened in 1934. The reason behind its establishment was to find a place to preserve the discovered antiquities and display them in a way that makes them easy to study.

The museum has 3800 artifacts from various historical stages. The most important pieces on display that were discovered in Ismailia Governorate include a granite statue of the Sphinx from the Middle Kingdom era, and a marble sarcophagus of a person called Jed Hoor dating back to the Ptolemaic era, in addition to a pyramid from the era of King Ramses II that was discovered in the city of Qantara Sharq during the Digging the Suez Canal.

In the museum, there is a modern room for mummification in which the recently discovered mummies are placed, coming from San Al-Hajar and dating back to 4000 years ago.

The museum has a new window for permanent display, which includes several statues that express motherhood, most notably the family statue and the Isis statue, to highlight the role of the Egyptian mother in the ancient era.

It is one of the most important salt lakes in northern Egypt, as the Suez Canal passes through it. Its depth usually is no more than one meter, and the area of the lake is about 14 km2,  and on its shores are a large number of beaches frequented by many visitors.

Timsah Lake is one of the four salty water lakes through which the Suez Canal passes in northern Egypt. The lakes from north to south are Lake Manzala, Lake Timsah, el-Murrah great Lake, and el-Murrah Lesser Lake.

El-Murrah Lakes are saltwater lakes located between the northern and southern parts of the Suez Canal. It is made up of two lakes, the Great and the Small Bitter Lake. The total area of El-Murah Lakes is about 250 km2.

Suez Canal has no gates, which makes seawater flow into the lake freely from the Mediterranean and the Red Sea, replacing the water lost as a result of evaporation. The lakes represent a barrier to the canal, reducing the impact of tidal currents.

It was established on July 26, 2013, and includes 200 photographs from the beginning of drilling until the nationalization of the Suez Canal, in addition to the modern history of the canal and the digging of the new Suez Canal.

The museum is located on El Gomrok Street in Ismailia, which is the villa of Jules Gichar, the second president of the Suez Canal.

It includes 6 main halls. The first hall is the excavation hall and includes 32 paintings tracing the history of excavation from 1859 to 1869. The second hall is the opening hall, which includes 29 paintings highlighting the celebrations of the opening of the Suez Canal, which lasted for 3 days in Port Said, Ismailia, Suez, and various governorates of Egypt, and was attended by the kings of the world, headed by Empress Eugenie, Empress of France. The Nationalization Hall includes 24 paintings recounting the moments of the nationalization and the decisions that followed, and there is also the Development Hall, and the Collections Hall, which includes an impressive collection of coins, decorations, and antique utensils.

The museum contains an electronic library, with a huge archive of old photos and documentaries, chronicling the events of the Suez Canal and its 150-year history.

The Abu Atwa Museum is located 3 kilometers from the city of Ismailia. It was established in 1975 to commemorate the battle of Abu Atwa, which took place on Sunday, October 21, 1973. The museum contains a memorial to 19 martyrs and includes 7 tanks that were destroyed by the Egyptian army in the 6th of October war.

It is located in the Ismailia Security Directorate building. The museum includes paintings featuring police battles against the British in 1952. The museum also includes weapons used by the police throughout the ages, and a collection of police uniforms throughout the ages, military weapons, and a panel that includes the names of the martyrs and the injured from the police force in the battle with the British Forces in 1952.

Tabet Al-Shagara is located 10 kilometers from the city of Ismailia. It rises 74 meters above the surface of the Suez Canal, through which the Bar-Lev Line can be seen, the reason for calling the site by this name is it was found in the form of tree trunks. It includes a group of tanks and cars, which were destroyed while the Egyptian forces broke into the site. The hill also contains two trenches, the first was equipped with leadership rooms and included places designated for officers, a meeting room, the intelligence commander’s room, communication rooms, and rooms for transmitting radio signals, while the second trench contained 6 rooms for accommodation, which varied between officers and senior soldiers, and is equipped with a kitchen and medical clinic.

”This cemetery is a gift from the people of Egypt to the foreign victims of wars”, this phrase was written in Arabic and English at the entrance to the Commonwealth cemeteries in the city of Al-Tal Al-Kebir in Ismailia.

This cemetery is one of a total of 40,000 cemeteries spread around the world to commemorate the war victims, who numbered about one million and 700 thousand men and women belonging to the Commonwealth forces, who were killed during the First and Second World Wars.

In Ismailia Governorate, there are five cemeteries in the city of Ismailia, Al-Qantara Sharq, Fayed, Al-Tal Al-Kebir, and Al-Jalaa Camp. The five cemeteries contain the remains and bodies of about 5,000 victims, including soldiers, officers, doctors, and nurses, and the largest cemetery is located in Fayed city.

St. Mark’s Catholic Church is one of the ten most famous churches in the world and one of the oldest churches in Ismailia, and it has another name which is the French Church. It is located on Ahmed Orabi Street in Ismailia City. St. Mark’s Catholic Church is a wonderful architectural masterpiece. It was built on 10th March 1864 as a small church which is now located behind the current church.

The current building on Ahmed Orabi Street was established on 23th of December 1924 and the construction continued for 5 years until it was opened on 16 January 1929. The church is a masterpiece and there is a similar church in France, and it contains a lot of wonderful paintings and a cave that resembles the place where Christ was born.

Al-Malaha garden is a beautiful place to visit. It is more than 151 years old and is considered one of the most beautiful gardens in Egypt because it contains the rarest types of trees and palms. It features a large number of perennial ornamental trees, which are about a hundred years old, such as the huge jazorin trees, which are known as evergreen trees.

It contains many rare types of trees, many of which were brought from France to decorate the garden. It was built on an area of 500 acres on both sides of the Ismailia Canal and Lake Timsah.

If you’re planning a trip, check out our top destinations in Egypt.