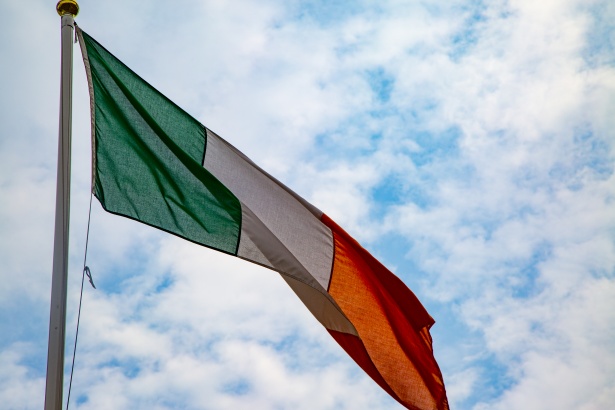 A proverb is a commonly known saying that has been known and repeated for ages. It depicts a certain belief, tradition and a truth based on a common experience. For centuries, Irish culture has been around for centuries and was originally Gaelic, it was also influenced by different cultures including the Scottish culture. Irish proverbs represent a big part of the Irish culture, traditions, and history. So if you’re interested in knowing more about the Irish culture, this article is perfect for you. We’ve brought the most famous and interesting Irish proverbs all in this piece.

Translated into “old word” in English, “Seanfhocal” is what a proverb called in the old Irish language. Most of the Irish proverbs have been around for hundreds of years. Most noteworthy is that they were primarily known and told in the Gaelic (old Irish) language. As time went by, then by the time were translated and moved to the Egnlish language.

‘Seanfhocal’ is the Irish word for the word “proverb”, literally meaning ‘old word’. The following proverbs have been around for centuries. They were originally told in Gaelic but have since migrated into the English language. As there are so many insightful and interesting Irish proverbs, there are others that don’t make any sense and can’t be translated into anything. These proverbs will never be easy for you, no matter how well-educated you are to know their meaning.

If You’re Enough Lucky to Be Irish… You’re Lucky Enough!

What’s a man’s life and the meaning of their existence without having something to belong to? Like everyone else and maybe even more, Irish people are very proud of the Irish identification that they believe from the heart of their hearts that being Irish means one has enough good luck. “If you’re enough lucky to be Irish you’re lucky enough” is one of the most famous Irish proverbs you need to know about. Another common one is “A country without a language, a country without a soul,” this also emphasizes how Irish folks have a big sense of belonging to their culture and country.

Pronounced as “slaan-sha,” Sláinte is commonly used around Irish people as a drinking toast and it’s equivalent to “Cheers!”. Sláinte comes from the old Gaelic word “slán” which means “safe” (exact meaning is “health”). The proverb itself means “I/we drink to your/someone’s good health” and is also used around Scotland. As the Irish proverb “Sláinte” is known both around Ireland and Scotland, it mainly goes back to the Irish Gaelic language. The Scottish Gaelic equivalence of Sláinte is “Slàinte (mhath)“ which stands for “good health”. In Scottish Gaelic the usual response to “Slàinte (mhath)“ is “do dheagh shlàinte” which means “your good health”. While the usual Irish Gaelic response to “Slàinte” is “sláinte agad-sa” which means “to your health as well.

Away with the Fairies

May the Cat Eat You, and May the Devil Eat the Cat 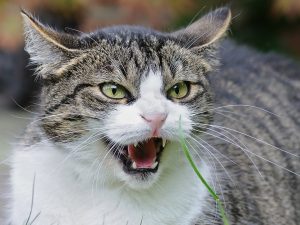 There are a lot of other funny, detailed and inventive curses in the Irish culture like “May you be afflicted with itching without the benefit of scratching,” “May you die in a town with no priest,” and “may you find the bees but not the honey.” Amusing, ha?!

Good company makes the journey tolerable and better, that’s what this Irish proverb is all about. The Irish proverb “Two people shorten the road” is used to express how important it is to have a good companion in your life. Moreover, companionship always makes the journey pass quickly. The lesson is presented in a famous story in the Celtic folklore; the story is talking about a father who was traveling with both his son and son’s wife. The father asks his son to “shorten their journey,” the son didn’t know how could he shorten the journey, that’s when his wife told him that it’s known that the way to shorten a journey is by storytelling. So it’s important you choose the right companion, a true comrade makes life’s bitterness more tolerable and the journey better.

A car needs diesel to move forward in a smooth way and without problems. To be more precise it needs to be “sucking diesel” to move forward. This where this Irish proverb comes from. When a person’s life is going really well the perfect expression to indicate their situation is by saying they’re sucking diesel. So, next time when someone asks you how are you doing and you want to tell them that things are going really well you just tell them  “I’m sucking diesel”!

Far Away Cows Have Long Horns

“The grass is always greener on the other side of the fence” or maybe ” far away hills are greener”. You probably heard one of the two expressions at some point in your life. Same meaning goes for the Irish proverb “far away cows have long horns”. Humans, most of them, are never satisfied with their own lives thinking what they don’t have is bestead. We usually tend to believe the other side of life is better, or that other people’s lives are more satisfying. Nevertheless, you never know, maybe your life is better and maybe other people’s lives aren’t as good as they seem to be.

Do you know that Ireland has its own old language? I myself didn’t know that for a quite long time and not a lot of people know that. Maybe that’s because teaching the Irish language wasn’t allowed in primary schools until the year 1871. The Irish language is known as the Gaelic language (known as ‘Gaeilge’ in Irish) and has been the prevalent language in Ireland for a really long time who also helped later in spreading the language in both the Isle of Man and Scotland. Now, Ireland officially speaks two languages, unfortunately, the Irish language is the second spoken language by the majority in Ireland, and is only spoken as the first language by few people there, mainly in the west coast.

“Broken Irish is better than clever English”, known as “is fearr Gaeilge briste, ná Béarla clíste” in the old Irish language (Gaelic), is an Irish proverb that mainly aims to motivate the Irish people into learning and speaking the Gaelic language, their original language and the language of their ancestors. As we mentioned before, Irish people are one of the peoples who cherish their heritage and it’s clearly presented in many Irish proverbs. The proverb is expressing that no matter a person has less knowledge or language or language skills, still, it’s better to speak your own language and appreciate it. One remarkable situation happened when US President Barack Obama visited Dublin’s College, before starting his speech President Obama mentioned the Irish proverb then continued his speech in the Gaeilge language. 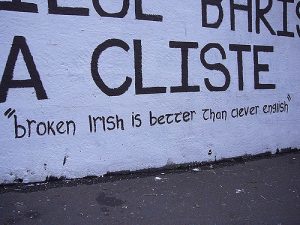 “Complain that you have no shoes until you meet someone who has no feet”. This is another Irish proverb highlights the fact that humans aren’t always satisfied with what they have. A person might keep complaining about their situation and comparing their life to people who have more money or power or thinking they’re happier. Even though if a person takes a moment to compare their life to people who actually have less. That’s when they’d find that there is a lot to be thankful for. So be thankful for what you have, there are lots of people wish to live your life for one day and those whose lives are way worse than yours. Always be satisfied with what you have and life will give you more good things.

Suffers from a Double-dose of Original Sin

Remember humanity’s original sin? The famous story, Adam disobeyed God and ate the forbidden fruit from the tree of knowledge. Therefore casting this sin on the whole humanity till the end of days. The Irish proverb “suffers from a double-dose of original sin” has some kind of relation to Adma’s story. It became common in the period of the 1880s. By saying this person is suffering from a double-dose of original sin you mean they’re cursed by Adam’s sin twice.

The Irish proverb is a great example of cockney rhyming slang that started to spread around UK, Australia, and Ireland in the 19th century. The origin of the proverb is the phrase “on my Tod Sloan,” which rhymes with “on my own”. Tod Sloan is an American jockey who used to be “on his own”. Tod’s mother died when he was young and his father left him. Tod became successful in the horse-racing field, but his career ended when he moved to the UK and people were mocking him for his “Western riding style”. Tod is the example of a person who is on his own and that’s where the Irish proverb comes from. Thus when someone says “I’m on my Tod” it means I’m on my own, alone or even just going out alone tonight.

“Níl aon tinteán mar do thinteán féin” in Gaelic or “there is no hearth like your own hearth” in English. This is one of the most popular Irish proverbs. The proverb is focusing on the value of one’s home. No matter where you can go there will never be a place as warm and welcoming as home. The Irish proverb’s equivalency in English is there is “no place like home.”

If you want to know more about a country, one of the best things is to do is to dig deeper into its folklore or traditions. What people believe in and what they don’t, their traditions and rituals in different occasions, etc. All of this contributes to the formation of a civilization. Ireland is one of the famous countries for its culture and history. For instance, the more you read about those celebrated Irish proverbs the more you get a good opportunity to be introduced into many interesting facts about Ireland.

Have you heard of any Irish saying that we haven’t mentioned? We would love you to share with us 🙂

0
Northern Ireland is filled with my amazing attractions but one that is very unique and considered as one of the most dramatic cliffs walks...
Read more
Culture

0
Hurghada is one of the important Egyptian tourist cities located on the coast of the Red Sea in the southwest of Egypt. It is...
Read more
Northern Ireland

Dead Centre Tours and The History of The Troubles – Belfast

0
Located in Dublin is one of the city's most historic attractions, the Kilmainham Gaol. It's currently considered one of the largest unoccupied gaols in...
Read more
Northern Ireland

Streamvale Open Farm – Things to do in Belfast with kids

0
Streamvale Open Farm - A Place Fun For Animal Lovers Looking for something fun and exciting to do in Belfast, that children will enjoy? Then...
Read more