Close X
Home/Northern Ireland/More than 5 Facts about the Amazing GREYABBEY or GREY ABBEY in Newtownards, County Down

More than 5 Facts about the Amazing GREYABBEY or GREY ABBEY in Newtownards, County Down 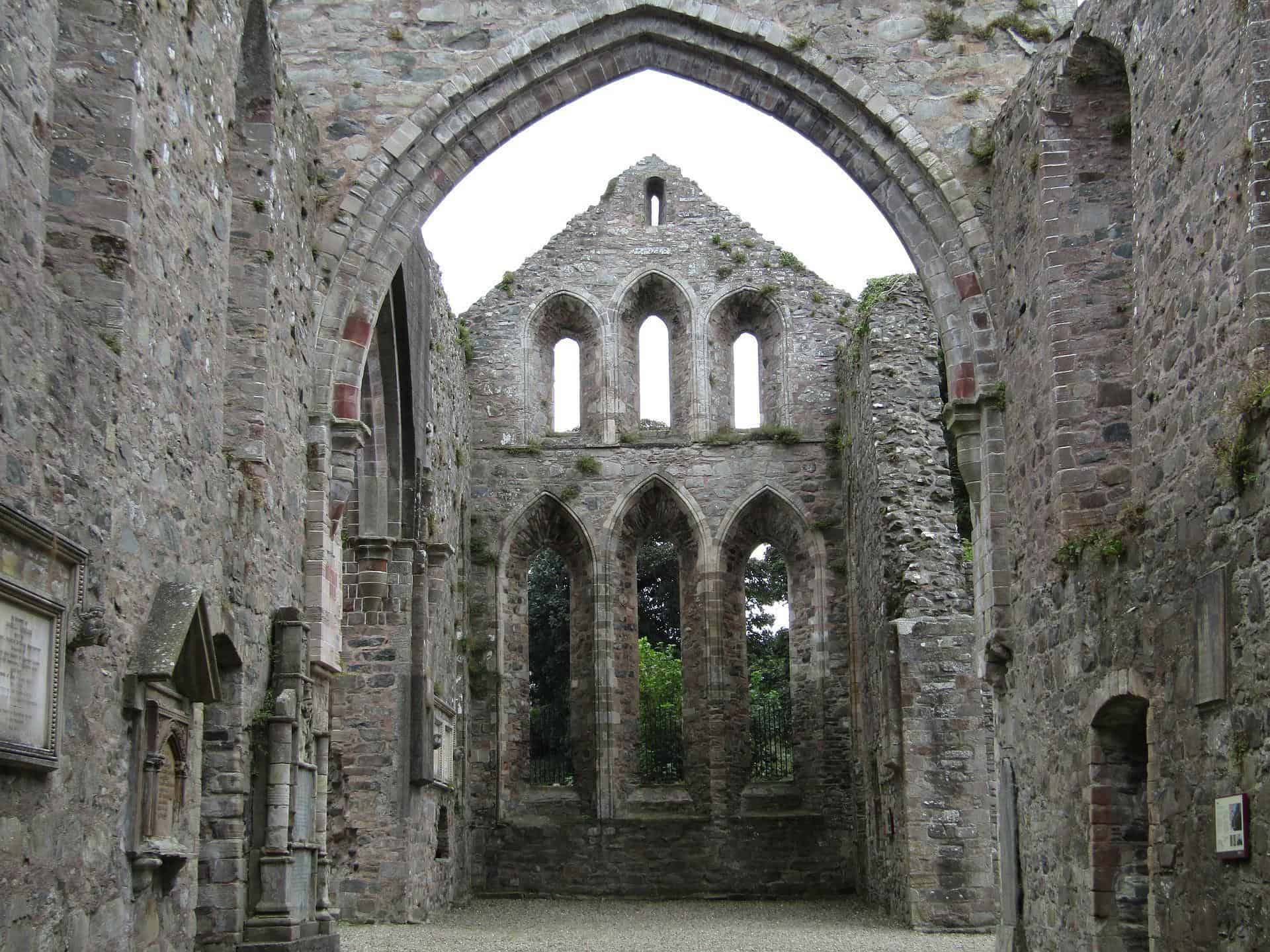 Situated in a small town of the same name in County Down, lies the Cistercian monastery of Greyabbey (or Grey Abbey). It is located in the landscaped parkland of the 18th Century Rosemount House, about ten miles from Belfast, and within a short distance from Strangford Lough.

On the outskirts of Greyabbey village, Greyabbey monastery falls under the care of the Historic Environment Division of the Department of Communities. Its beautiful architecture is the perfect example of Anglo-Norman Cistercian architecture in Ulster.

Even though only ruins survived of the Abbey, it holds within every corner rich aspects of history. These grounds are private, visitors are welcome to wander through the ruins and the lawns, and have picnics there.

“Fantastic ruins with so much history it’s easy to take it for granted. The abbey and the graveyard beside are steeped in rich local history and gives you a small glimpse of the local history of the Ards peninsula. The visitor center is open at weekends from about 1-4 and in July and August every day. In the visitor center is a fantastic scale model of what the abbey looked like back when it was fully built. Ran by a group of local volunteers it’s definitely worth visiting”.

Greyabbey was first known as Iugem Dei (or the Yoke of God). Later, it became commonly known as Grey Abbey, and also the village was named the same, due to the unbleached colour of the monks’ greyish-white appearance.

The Abbey is described in an old work entitled Montgomery MSS:

“Near and in view of Rosemount-house, are the walls of a large Abbey of curious work, (ruinated in Tireowen’s rebellion); it is called in inquisitions and patents Abathium de fugo Dei; in Irish, Monestrelea; in Enlgish, Grey (or Hoare) Abbey, from the order of fryars who enjoyed it; and had, in ancient times, belonged thereunto, all its own parish, both in spiritualibus et temporalibus, as Cambden reports (if I remember aright) in the annales of that island. To this Abbey belonged also drivers lands and tithes in the county of Antrium, viz., out of Ballymena … Campion reports that the said Abbey, Innes and Comer, were built AD 1198 and 1199; but in all my researches I could not find figures or any stones either of the Abbey or of the castles aforesaid, to denote the year when they were erected; and who views the walls and ruins of this monastery, will allow many years to the building of it. The church thereof was in part roofed, and slated, and re-edifyed, and a yeard thereunto walled about, and a competent stipend given for that by the first Lord Montgomery”.

Greyabbey was dissolved in 1541, in the late Middle Ages, due to its poor and decayed state. Accordingly, it was given to Sir Hugh Montgomery in the early 17th century. And until the late 18th century, the nave was refurbished for parish worship.

Greyabbey is of great significance since it is the first building founded with a gothic design in Ulster. It is the first fully stone church in which every window arch and door was rather pointed than round-headed. It kept its design nearly until the tower and chancel were raised in height in the 15th century.

In 1634, an old writer of the parish of Greyabbey said that it contained:

“a double-roofed house, and a baron and flower flankers, with baking and brewing houses, stables and other needful office houses; they are built after the foreign and English manner, with outer and inner courts walled about, and surrounded with pleasant gardens, orchards, meadows and pasture enclosures, under view of the said house, called Rosemount, from which the manor taketh name”.

During the wars of 1315–1318 when Edward, Robert the Bruce’s brother, attempted to ascend the throne of Ireland, Greyabbey was probably damaged. Later in 1572, the Abbey was partially destroyed by Sir Brian O’Neill in 1572, to prevent the Crown garrison troops there. In attempts to preserve what was left of the Greyabbey, conservation work was carried out in the early 1900s by the Ministry of Public Works at the time.

Within this conservation work, buttresses were added to the southern side of the nave, which prevented it from collapsing. Now the ruins are finely placed in well-preserved state, and the remains include the church with cloister and surrounding conventional buildings to the south, dating back to c. 1193 – c. 1250.

Fitted inside a pointed arch and flanked by detached colonettes, the abbot’s seat has been preserved. There are also a few of the rare corbel tables in Ireland at Greyabbey and was put after the roof was raised, probably in the early 15th century. They are carved with oak leaves, animal heads and human figures.

Greyabbey now houses a reconstructed Physic Garden. At the Garden, visitors can learn about some 40 herbs that are used for healing purposes (and sometimes magical) in Medieval times. Of those herbs are Lovage, Southernwood, Mugwort, Rue, Herb Bennet, Campion, Harts Tongue and Fennel.

Check out the Visitors Centre

A Visitor Center is now annexed to Greyabbey, which sheds the light on the Abbey and its monks. Young visitors can try on monks’ costumes and solve puzzles. A small kitchen garden has been established as well for local primary school children to learn how to grow flowers and vegetables.

“Absolutely wonderful place of Christian history in Ireland….Grey Abbey was the last of several stops during an all-day tour when our cruise ship was in port at Belfast. Even tho we’d spent much of the day touring churches, cathedrals & towns where St. Patrick founded them, preached there or was buried, this ruin of the 1st Cistercian monastery in Ireland was very interesting, indeed. Not only was it founded by a woman, but it was also the 1st abbey to be built in this part of the world with Gothic architecture. The information & signage on the site is superb & almost gives one the feeling the abby is still functioning. We were able to picture how life was here during medieval times & it provided a quiet spot for meditation. This is certainly another “must see” spot for those who like history, Gothic architecture & a look into the past.”

A Review on Tripadvisor

Have you ever visited Grayabbey near Newtownards in Couty Down? Let us know your experience in the comments below.

Also, don’t forget to check out other places and attractions around Northern Ireland that might interest you: Explore Holywood Town | Explore Downpatrick Town | Castlewellan Forest Park | Down County Museum