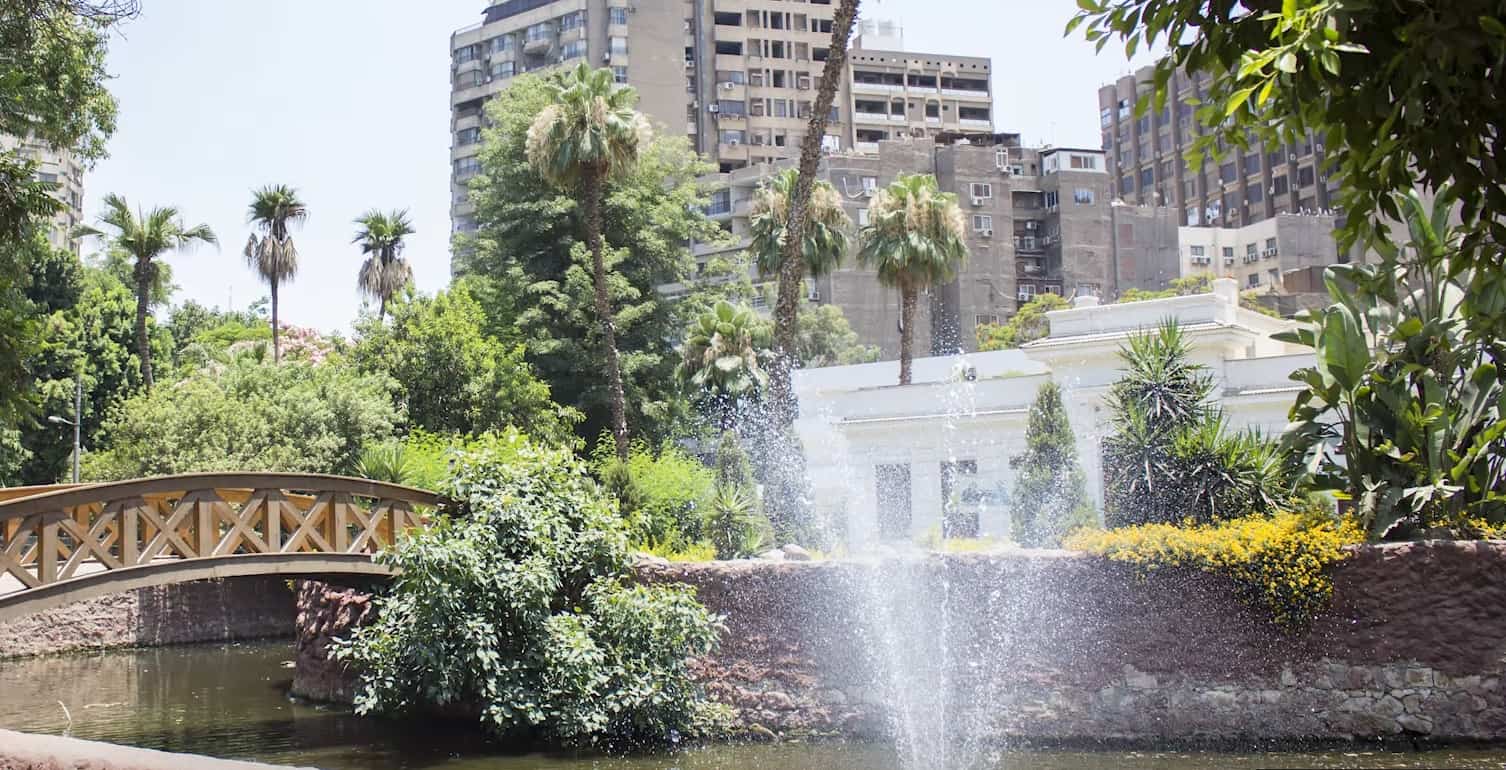 The Giza Zoo, Egypt’s and Africa’s first zoo ever, is located in the governorate of Giza in Egypt and covers about 80 acres. It is home to many endangered and rare African species, including the first California sea lion to be born in the Middle East in 2002.

The history of the zoo goes back to the 19th century. It was constructed by Khedive Ismail, who ruled Egypt and Sudan from 1863 to 1879, and opened on the 1st of March 1891. Khedive Ismail was keen on creating a new modern Cairo that would compete with European countries in which he lived for many years and Giza Zoo was one of his top projects.

Because he wanted it to be a unique place, Khedive Ismail imported many plants from India, Africa, and South America. One of these imports, a banyan tree that was planted about 1871, can still be found at the Zoo. He also provided the Zoo with 180 birds and 78 other animals his private menagerie.

When it was first built, the zoo was considered to be a marvel, not only in Egypt or the Middle East, but the entire world. The exhibits built within the zoo were considered spacious by European standards. At one time, the Giza Zoo contained around 20,000 animals representing 400 species.

By the mid-twentieth century, the Giza Zoo was considered one of the best zoos in the world and went on gaining immense popularity. In 2007, the Giza Zoo received almost 3.4 million visitors. To this day, it remains a very popular attraction for children and families during weekends and public holidays.

When Khedive Ismail fell into debt in the late 1870s, he had to hand over the Zoo to the state as payment.

The zoo is comprised of five areas; the biggest is called the Citadel Hill and was constructed in 1867. It features various statues of extinct Fayoum crocodiles, rhinoceros, and unique birds.

The layout of the gardens within the Giza Zoo is quite beautiful, as it is paved with black stone flags from Trieste, footpaths decorated with pebbles laid out like mosaics, and it also contains a pond with a marble island that is now the zoo’s Tea Island.

The zoo also includes a suspension bridge designed by Gustave Eiffel that lets visitors view the animals from above. This bridge is said to have been the first elevated viewing area at any zoo in the world.

A museum was built in 1906, exhibiting large collection of embalmed birds, reptiles, fish and animals as well as skeletons.

The Zoo is also an institute where scientists observe and study the behavior of animals and birds. There are five non-governmental organizations that carry out campaigns to encourage people to preserve wild life and promote environment awareness in Egypt.

Discover the Irish Wake and the interesting Superstitions Associated with it