The Freakiest Ghost Stories Out There 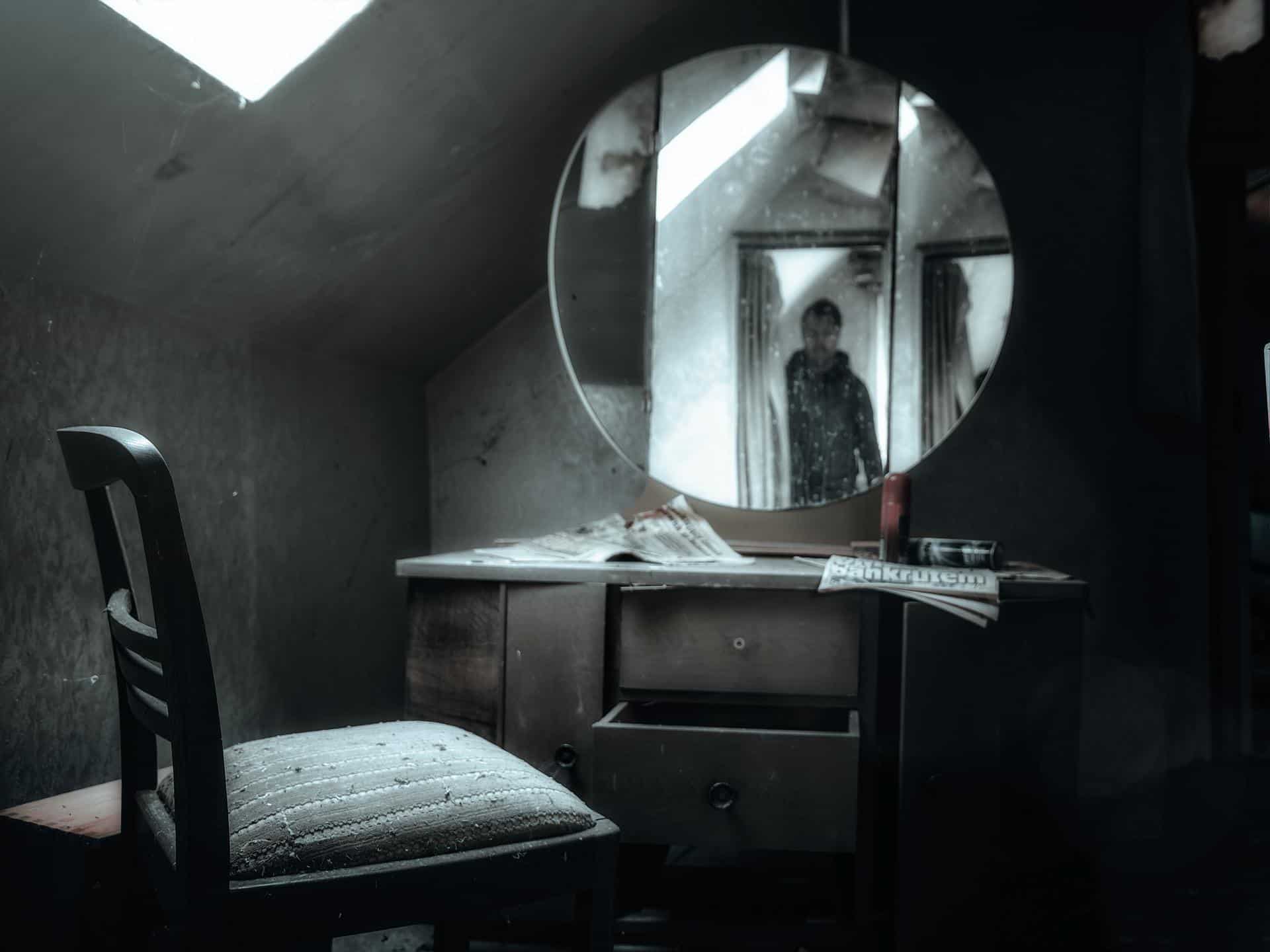 It is fun to tell scary ghost stories. A night camping in the woods is always better with campfire ghost stories, especially with kids. Here are two short ghost stories. Try to guess if they are true, but don’t read them right before going to bed!

While going to college, like most students, I was on a limited budget. I had to work to pay for my tuition, so in order to save money on rent, I looked for a room to share in a home near the university campus.

I found a listing in the college housing department for a room that was very inexpensive. It was less than half the price of similar listings. The best part was the location of the home was only a few blocks away, close enough to walk. I called the telephone number and a sweet elderly woman answered the phone. She told me the room was available. I could hardly believe my good luck.

I almost ran over to her home, yet at the same time, I worried the room would be small and horrible because the rent was so low. When I walked up to the front of the home the woman was there cutting some red roses from her garden. She greeted me and told me to wait while she took the flowers inside and to get the key to the room.

The house was very beautiful. The key she went to get meant the room had a separate entrance. The old lady soon returned and led me around to the back of the house. She used the key to open the door and we stepped into the room.

It was beautiful, immaculately clean, and everything was a nice shade of ivory white that was a pleasure to the eye. It had its own private bathroom and even an area to cook meals with a small refrigerator. It was perfect.

She told me that, to rent the room, I would need to convince her husband. She asked me to follow her into the main part of the house. There was a door connecting the room to the other part of the house. As she opened this inner door, she said, “I usually keep this door locked from the inside.”

When I followed her into the main part of the house, my happy attitude suddenly changed. Everything – and I mean every single thing – in the main part of the house was bright red colour. The carpeting was red, the walls were painted red, and the furniture was red. Even the artwork that hung on every wall was solid red-painted canvases held in place by equally red frames.

I felt disoriented and dizzy because everything was the exact same colour – the colour of spilt blood. As we walked past the kitchen door, I saw all the appliances were red. The refrigerator was red. That is when I noticed the old lady was wearing a matching red dress. In my delight about finding such a cheap place, I simply had not noticed this before.

She went to the red stove, picked up a red teapot, and set it on a red tray full of red cups and saucers with a red creamer and a red sugar bowl with its own red sugar spoon. She said, “Come into the living room and have a cup of tea with me and my husband.”

The living room was full of Christmas decorations, even though it was the month of September. Brilliant red lights brightly illuminated the red-flocked Christmas tree. There was a doll-sized children’s table in front of the Christmas tree. Of course, it was red, as were the tiny chairs. In the centre of the tiny table was a red vase with the red roses the woman had picked from her front yard. In one of the chairs was a red teddy bear.

The old woman motioned me to take a seat at the child-sized table, which I did. The chair was so small I barely fit and worried it might break. “This is my husband,” she said pointing to the red teddy bear. She took the cups and saucers from the red tray, and set them down gently at each place setting. She then poured three cups of red oolong tea.

Then the old woman said, “My husband died on Christmas five years ago, but then he came back to me. It was his idea to re-decorate the house. He says you can have the room if you agree to help me paint it red and get rid of that awful white colour.” At that point, the teddy bear’s head moved forward as if nodding in agreement, startling me tremendously.

It is possible the teddy bear moved because of the slight earth tremors we always have in California. On the other hand, maybe the spirit of her dead husband possessed it. I am not sure, but the thought of living in a blood-red room was more than I could handle so I politely declined and left as soon as possible.

Ghost Stories: A Ghost in the Garden of Mr. Costello

Mr. Costello was a kind Italian man who lived next door in a simple tract house that was in a neighbourhood full of many similar houses. Except for slightly different front yards and maybe a different colour of paint, they all looked the same. Nevertheless, the house of Mr. Costello was very different from all the others. This was because he had the most glorious garden in his backyard.

Mr. Costello tended his garden with dedicated care. It produced an abundance of fruits, vegetables, and beautiful flowers. There was so much abundance in this garden that Mr. Costello gave much to his neighbours. The fresh tomatoes, ripe apricots, and many other things that came from his garden were delicious.

One day, while watering the plants, Mr. Costello died from a heart attack. His death was sudden and unexpected, and he died very quickly. The neighbourhood became aware of his death when the ambulance came rushing to his house. After Mr. Costello died, his wife went to stay with their son who lived nearby. The house was maintained each week to keep it from running down, but not with the same care as before, especially the garden.

In the weeks following his death, there were no more fruits, flowers, or vegetables coming to the neighbourhood from Mr. Costello’s garden. Then I began to have troubling dreams. The dream was the same every night. Mr. Costello would come to me in my dreams and beg me to help him. He was calling me to his garden. He was very worried and very insistent that I come to his garden.

I told my friend, that Mr. Costello kept insisting that I come to his garden in my dreams every night. These dreams were so strong I was not able to make them stop. I asked my friend if he would go with me to the backyard garden of Mr. Costello’s house to help me see why this was so important.

We went climbed over the fence to enter the backyard. Once I was in the backyard, I went into a kind of a trance. My head was down and I was shaking it from side to side as if I was trying to tune in to something. I had no control over what was happening, but I knew it was important. My friend stood by and watched me in this trance with amazement.

Then I spoke aloud, and I said, “Yes Mr. Costello, I am here. What is it you want me to do?” Suddenly, I came out of my trance and lifted my head. I said, “There!” as I pointed to a vine of kiwi fruit that had been without water for the entire time since Mr. Costello’s death, and was near death. Everything in the garden was OK, except this particular plant. I immediately got the hose and gave it water. I never saw the ghost of Mr. Costello, but I clearly felt his presence. We even had a full conversation in his garden about the problem.

The son and Mr. Costello’s wife both agreed to sell the house to me on easy terms without a down payment. I suddenly got a new job, which made it possible for me to afford the monthly payments. The garden is wonderful! Once again, there is an abundance of fresh fruits, vegetables, and beautiful flowers to share with the neighbourhood.

I felt a great sense of happiness, relief, and peace coming from the invisible presence of Mr. Costello. When he was certain the garden was in good hands, he left. I never felt his direct close presence as a ghost again, but he lives on in my memory of his kindness every day when I look at the beautiful garden.

Are these real ghost stories?

Do you believe in ghosts?

13 of the Best Asian Restaurants in Winchester, England.