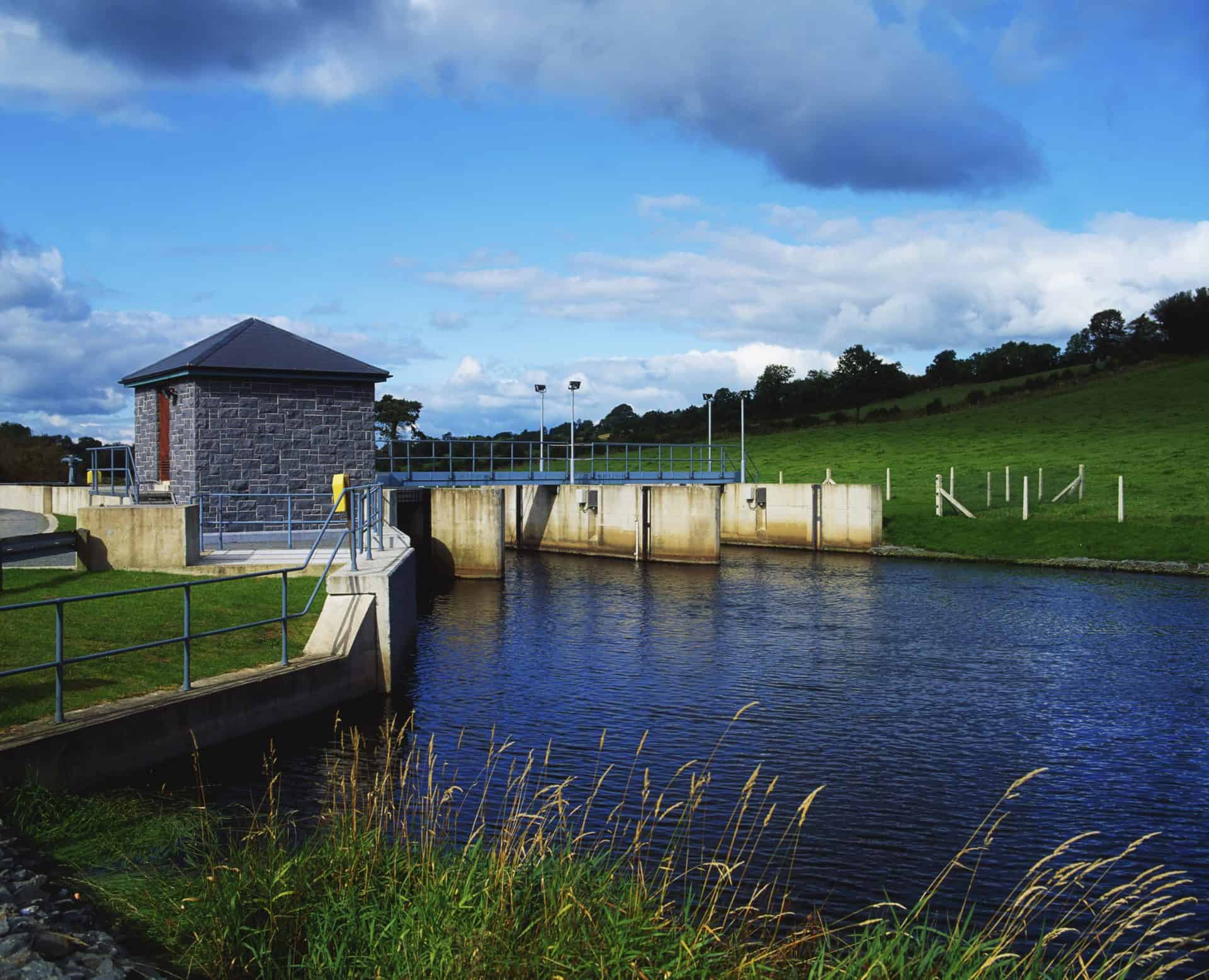 Monaghan is a Northern County in Ireland (some do ask!) And no, it is not in Northern Ireland (politically) but is geographically. It sits on the border with the North. A small town great for nights out, food and some great attractions worth visiting. There is more to Monaghan than meets the eye. So keep reading to find out some history, interesting facts and best attractions and places to check out in County Monaghan.

The History of County Monaghan

County Monaghan is part of the Border Region and is located in the province of Ulster. It is also named after its county town Monaghan. After the 20th century Irish War of Independence and the signing of the Anglo-Irish Treaty, Monaghan was one of the three Ulster counties to join the Irish Free state rather than Northern Ireland. Which is the reason why it is not considered in Northern Ireland politically but will be always seen as part of it from the geographical side.

County Monaghan is not huge, it is considered the smallest of Ulster’s nine counties by both size and population. but still, it is considered a good place to head for and have some good time with friends, eat some good food, and even visit some attractions along the way just the same way we did in our trip.

Famous 20th-century Irish poet and writer Patrick Kavanagh was born here and a lot of his work is based on Monaghan. His popular poems “Shancoduff” and  “Stony Grey Soil” are about his home county.

There are also many other successful people that have come from County Monaghan such as George Collie. He was a respected prolific exhibitor who worked at the Royal Hibernian Academy.  At the National Gallery of Ireland and Ulster Museum, there are collections that showcase his work that is worth checking out.

Another great Irish writer, Sir Shane Leslie was born here who lived at Castle Leslie in the Northeastern part of the county. He was a first cousin of Winston Churchill who was at one point the Prime Minister of the UK. Leslie started to grow to success in the early 1900’s and became an important literary figure. He was also a very good friends with popular American novelist F. Scott Fitzgerald. Fitzgerald even dedicated one of his books to his Irish friend ‘The Beautiful and Damned”.

The Town of Monaghan

The largest town within County Monaghan is ‘Monaghan’ yes it was given the same name and around 9,000 people live here.  It is a beautiful Irish town that offers some amazing architecture that’s worth checking out.

One of the oldest pieces of architecture found in Monaghan town is known as the ‘Old Cross’. This dates back to 17th century. Also, you will find two historical buildings Aviemore House and Market House that have been part of the town from the 18th century. There are also many great 19th-century architects in Monaghan. Which helps to add character and uniqueness to the town.

One popular Victorian building is the impressive courthouse located on Church Square. This was designed by Joseph Well and built in 1830. Just spending time wandering around the town you’ll be impressed by the beauty you’ll find that also offers a fascinating history.

It may be a small county but Monaghan is filled which brilliant attractions and places to visit. You get a mix of history, culture, a lively atmosphere and more during a trip to County Monaghan.

If you are interested in this famous Irish poet and writer who was born in County Monaghan then a trip to this centre is worthwhile. Located in Inniskeen the centre was set up in memory of Kavanagh. He is considered one of best Irish poets from the 20th century.

In 1994 then president of Ireland, Mary Robinson dedicated the centre to him and his incredible work that still lives among us.

At the centre, you can check out different exhibitions on display that tell the story of Kavanagh’s life. Along with the history of the surrounding area. You’ll find a beautiful model that illustrates one of his poems called ‘A Christmas Childhood’. As well as paintings and lots of information on the Irish poet. There are amazing memorabilia on display such as letters and unique items belonging to Kavanagh.

Another great part of this centre is the audiovisual theatre where people can watch films about Patrick Kavanagh. One you can watch here is called “Self Portrait” a monologue recorded by Kavanagh in 1962, it is very moving. You can also choose to go on a tour with the centre to visit many sites that influenced his work.

You must make a trip to Monaghan’s largest lake known as Lake Muckno which is located at the grounds of Hope Castle. (Also worth checking out while you are there). The lake itself is beautiful and offers unspoilt views around the area.

There is also the Lough Muckno Leisure Park that is set on 900 acres of pretty wooden terrain. You can take part in a variety of activities such as nature walks, orienteering, wakeboarding, water skiing, coarse fishing and more.

There are many great festivals that take place in this park such as the Muckno Mania Festival which is their annual triathlon. There are also different national and international competitions held here by the water skiing club.

This place is great for visiting if you want to appreciate the pretty Irish landscape and take part in some fun outdoor activities.

Take a trip to this award-winning museum that has been around for over 40 amazing years. The Monaghan County Museum firsted opened in 1974. It has been commended for its great commitment to telling people about Monaghan’s impressive culture and heritage. It was originally located in the courthouse before a fire destroyed the building. The museum was then temporarily moved to St Macartans College. Then in 1990, the museum opened in its current location at 1-2 Hill Street.

Inside the museum, you’ll find incredible displays and collections that showcase the history of the county. With a large collection of archive material that includes local authority records and early estate records.

A few hours is ideal to spend time walking around the museum. Where you can get a better look at the interesting artefacts that tell visitors a story about the heritage of Monaghan. Perfect attraction if you want to find out more about this place.

If you’re an animal lover or would love to find out more about wildlife in Ireland then definitely check out this place. This educational and rehabilitation centre is here to educate people on preserving wildlife. You’ll find out how to care for the environment around you, how to help injured or stressed wildlife and release them back into their natural surroundings.

At this centre, you’ll also learn about farming methods and how this has helped to contribute to the environment. Here you will discover the largest collection of mounted birds and mammals found in Ireland. The wildlife and heritage centre provides you with a unique opportunity to see some of the rarest and interesting species. Some of the rare birds you might see here are the ‘Merlin’ and ‘Corkcrake’.

Monaghan is known for hosting its annual Harvest Blues Festival, with a variety of events located around the town. The first festival took place back in 1990 to help promote the cultural life in Monaghan. Since then it has grown in popularity and takes place every September. The Harvest Blues Festival makes for the perfect time to visit the town. With its lively atmosphere and great music to enjoy.

There have been many famous faces that have come to Monaghan to take part in the festival including Van Morrison, Peter Green and Mick Taylor.

There are many other great attractions in Monaghan that we also recommended checking out including Castle Leslie, Bragan Mountain, Clones Town, Rossmore Park and Inniskeen town.

Have you ever been to County Monaghan? We would love to hear any experiences that you have!

Also, don’t forget to check out other places and attractions around Ireland: Kilkenny: The Splendid Reflection of The History of Ireland| The Beautiful County of Kerry| The Magnificent County of Cork| Everyone’s Favourite Seaside Resort: Bundoran| The Capital of Connemara: Clifden

Dark and Stormy Cocktail at The Spaniard Belfast

Fun Day Out At W5 Belfast