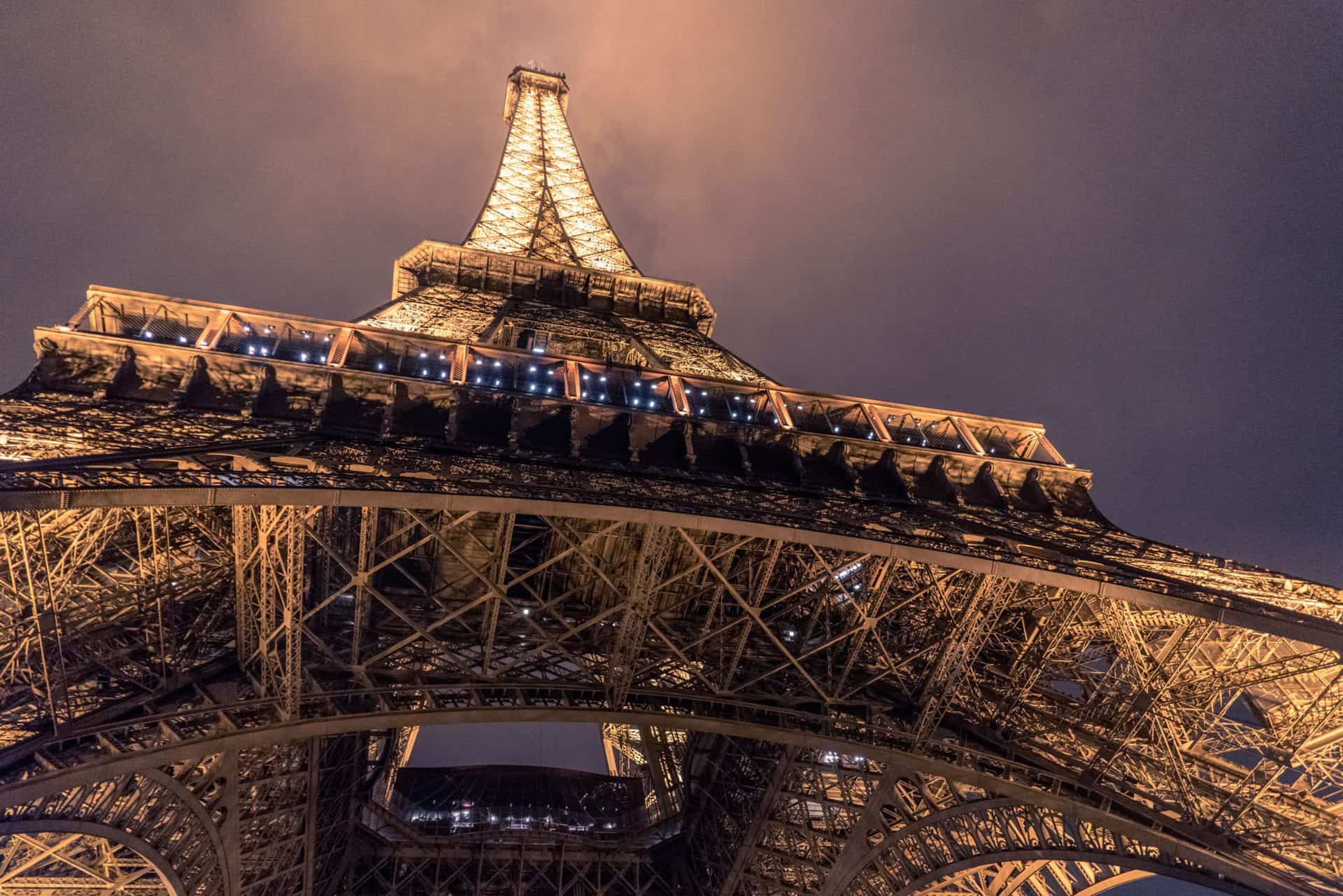 Located in the 7th arrondissement, this immense iron monument, a real architectural and technical challenge, is today the symbol of Paris and France for tourists from all over the world. One of the most recognizable landmarks in the world, the Eiffel Tower is a must-visit in Paris. We will present to you the history of this world monument, its construction and some advice for an unforgettable visit to the Eiffel Tower.

The History of the Eiffel Tower

The Eiffel Tower was built for the Universal Exhibition of 1889 which marked the centenary of the French Revolution. Intended to be one of the main attractions of the Paris Universal Exhibition, the Eiffel Tower was meant to be a temporary construction. It was to be destroyed after 20 years. On the other hand, thanks to the radio transmission and for a strategic and military purpose, the city of Paris keeps the Eiffel Tower which becomes a strategic point for the city. Indeed, on November 5, 1898, a first public demonstration of transmission by wireless telegraphy between the Eiffel Tower and the Pantheon was carried out. This function became useful especially during the First World War since the Eiffel Tower became a transmitter and receiver of radio broadcasting through which important information was revealed. Today, the Eiffel Tower contains 120 antennas, 32 radio stations and 40 television channels broadcast from the top of the monument.

The duration of the construction of this monument is considered unbeatable since it lasted only 2 years, 2 months and 5 days. Indeed, it began on January 26, 1887 and it ended on March 31, 1889. In the midst of the industrial revolution, this exhibition which occupied the entire Champ-de-Mars in Paris was an opportunity for France to highlight its progress and its technological know-how and its industrial capacities. The tower was built by the Seine and its rounded shape was used as the entrance to the exhibition. Its design was innovative and different from the architecture of the time since the iron structure marked the arrival of a new form of architecture. The Eiffel Tower opened to the public on the same day as the Universal Exhibition, May 15, 1889.

The idea for a high-rise iron tower came from Gustave Eiffel, a French entrepreneur and engineer specializing in the construction of frames and metal structures (bridges, train station, viaducts). Great engineers, members of the Company of Eiffel establishments, contributed to the construction of the monument such as Maurice Koechlin, Émile Nouguier and the architect Stephen Sauvestre and many others. In all, the Eiffel Tower was made possible by 72 people whose names were engraved on the side of the tower. Each part of the tower is designed and calculated with the greatest precision. The tower weighs in total over 10,000 tons. Iron was produced in large quantities and its price was affordable, which made it possible to build imposing structures. The iron structure also changed people’s minds with its new architectural style. The Eiffel Tower played a major role in the industrial revolution. It represented the evolution of a growing Europe.

Over 300 meters high and 125 meters wide, it was for 40 years the tallest tower in the world. The Tower, which was not unanimous when it was built, was an immediate public success. There were more than 2 million who came to visit the Tower the first year. Today, around 7 million visitors climb the Eiffel Tower each year and this exceptional monument represents the symbol of the city of Paris. It is also today one of the most visited paid monuments in the world. The Eiffel Tower was also the tallest structure in the world until the Chrysler Building in New York in 1930 was built.

Unlike the start of construction of the Tower, the French are now very proud of their iconic monument and even claim its history. Moreover, on the first floor of the Eiffel Tower, there is a transparent floor where many activities and exhibitions retrace the history of the Eiffel Tower. This floor is great fun for both adults and children.

Tips for Visiting the Eiffel Tower

The Tower has 3 floors open to the public: 1st floor, 2nd floor and summit. The 2nd floor has 2 levels, as does the top (lower level sheltered, upper level open to the outside). On the first two floors you will find several souvenir shops and the top floor is made up of Gustave Eiffel’s office and a champagne bar. We advise you to book your tickets in advance to avoid the queue which can last for hours, especially in high season. The online reservation service allows you to reserve the entrance with the options you want. This may reduce your waiting time during your visit, especially in front of the elevator since the tower has 1665 steps so most people take the elevator.

We advise you to take the stairs at least to go up to the second floor and then take the elevator to reach the top since it becomes mandatory from the second floor. This will allow you to live an unforgettable experience. We also recommend that you take a tour of the 93,930m² Jardins du Trocadéro. Created during the specialized exhibition of 1937, these are spaces that offer a breathtaking view of the Eiffel Tower. So, don’t forget to take your best photos.

You can even book your lunch or dinner in the restaurants located on the first (restaurant 59 Tour Eiffel) and on the second floor of the tower (restaurant Jules Verne) in order to enjoy an experience and an incredible view of the whole city of Paris. One of the most iconic parts of the Eiffel Tower these days is the night view. Every hour after sunset, the tower sparkles for five minutes every hour, so we recommend that you don’t miss the view of the Eiffel Tower at night – the tower is illuminated by 20,000 light bulbs!

Get the Best Out of Your Trip to Versailles | Travel Guide