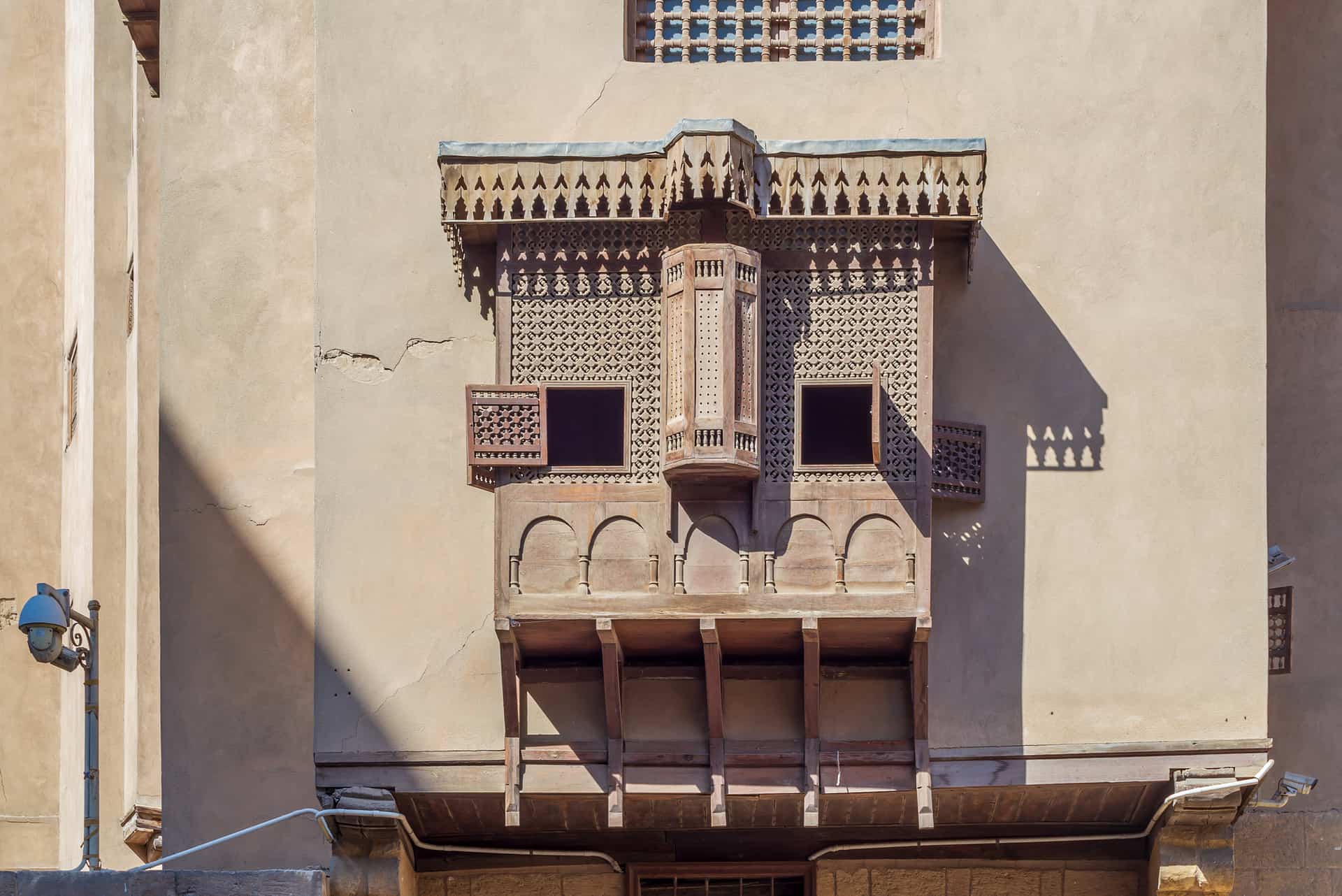 Bayt Al-Suhaimi or the House of Sheikh Abdul-Wahhab Al-Tablawi is a house with distinct oriental architecture located in the Al-Darb Al-Asfar neighborhood branching from Al-Muizz Li-Din Allah Al-Fatimi Street in Al-Gamaliya neighborhood in the heart of Cairo. The house consists of two sections, one northern-facing and the other southern. The southern-facing section was established by Sheikh Abd al-Wahhab al-Tablawi in 1648.

This date was written on a wooden panel on one of the walls of the house. As for the northern-facing section, it was established by Hajj Ismail bin Ismail Shalabi in 1797 AD, and he combined it with the first section and made them into one house. The house is named after Sheikh Muhammad Amin al-Suhaimi, Sheikh of the Turks Hall at Al-Azhar Mosque, who once lived there.

Bayt Al-Suhaimi is located on an area of ​​half an acre and is used as a museum for Islamic architecture and a center for artistic creativity.

The house is an example of traditional Arab houses with a Cairene flavor. Entry to the house is through a passage that leads to the courtyard.

The house’s design is influenced by the Ottoman style, which designated the ground floor for men (Salamlek) and the upper floor for women (Haramlek). Therefore, the ground floor of the whole house is to receive male guests, and there are no other rooms or halls.

There is a large hall that is divided into two iwans and extending around the walls of the iwans is an inscription containing verses from Nahj al-Burdah, one of the most renowned poems in praise of the Prophet Muhammad. The ceiling of the hall is made of wood covered with colorful floral and geometric drawings and motifs.

The house has another iwan that opens onto the courtyard and lets in the cool air in summer. It is called the seat, and it also has a wooden ceiling that resembles a hall. The council was used in winter and the seat was used in summer.

On the first floor are the family rooms, which are similar to those on the ground floor, except that they have many windows covered with mashrabiyas overlooking the courtyard and some of them on the street.

One of the rooms on the first floor is decorated with delicate floral motifs and includes dinnerware made of porcelain and colored and ornate ceramics.

There was no family in the house, but the family slept on mattresses made of ornate velor as well. The bathroom is a small white marble room with a vaulted ceiling with square and circular louvers covered in stained glass. In the bathroom, there is a stove for hot water, a basin carved from one piece of ornate marble, as well as a water tank.

The house was restored with a grant from the Arab Fund for Economic Development for ten million pounds. The work of the project for documentation, restoration, and development of the Bayt Al-Suhaimi area lasted for five years, from 1996 until 2000.

Bayt Al-Suhaimi is currently an open museum for Islamic architecture, and a center for artistic creativity affiliated with the Cultural Development Fund. It hosts folklore troupes of various kinds from musical arts, and the art of shadow plays, and workshops to teach young people the origins of this art, to preserve the Egyptian cultural heritage, protecting it and providing fixed exhibition spaces for those teams affiliated with the General Authority for Cultural Palaces.

Free shows are held on Sundays of every week at the Bayt Al-Suhaimi Creativity Center.

This hidden gem in the historical streets of Cairo, specifically old Cairo, is a landmark that should not be missed on your trip to the land of civilization.

The Amazing National Museum of Egyptian Civilization: the Newest State of the Art Landmark