Close X
Home/Northern Ireland/Donaghadee County Down – A lovely seaside town to check out!

Donaghadee County Down – A lovely seaside town to check out! 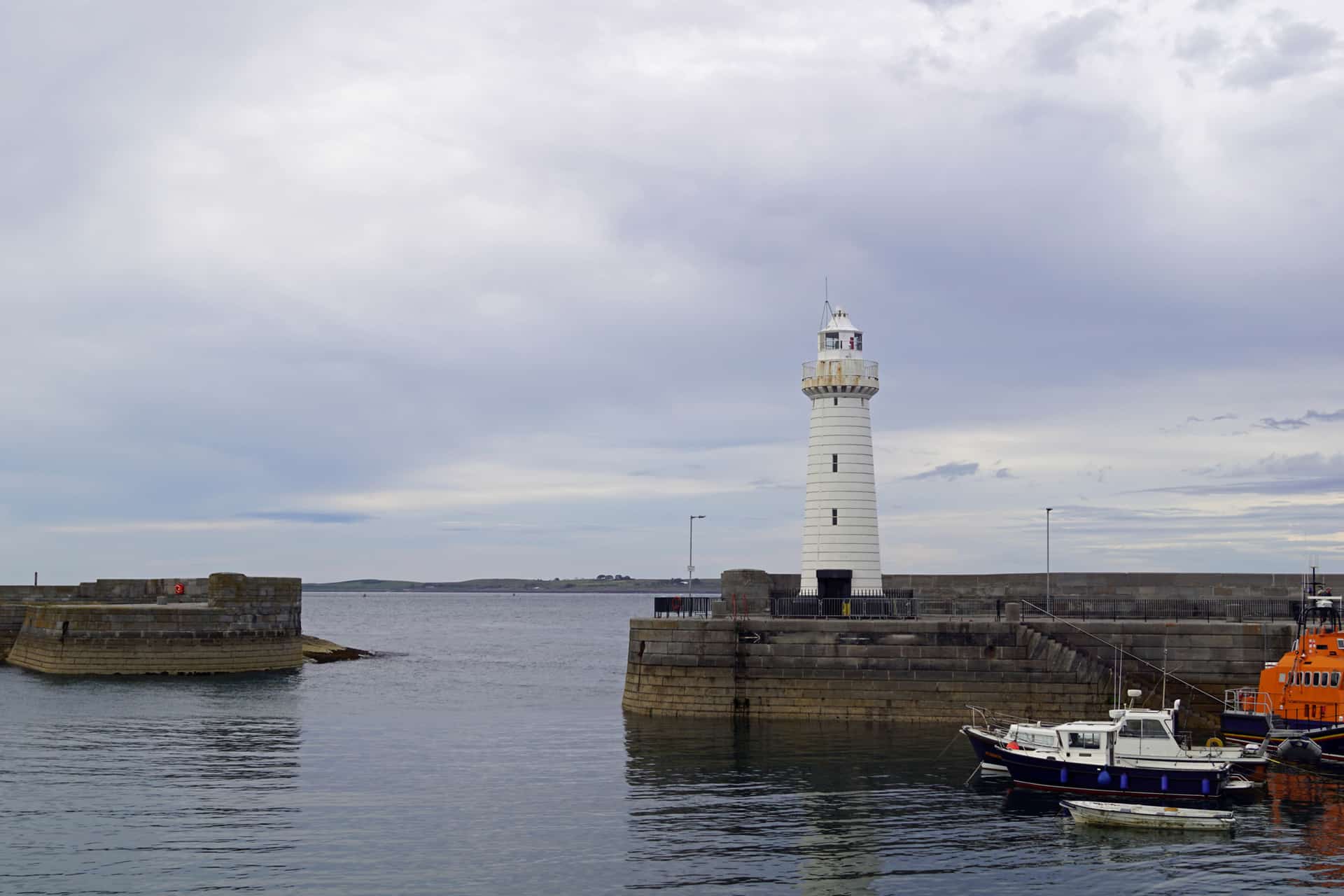 Donaghadee is a small town in County Down, Northern Ireland. It lies on the northeast coast of the Ards Peninsula, several miles to the east of Belfast.

Donaghadee is the closest town in Ireland to Scotland. You can actually spot the Scottish coast if you concentrate hard enough.

The town is known for its many attractions, including the lighthouse and moat, as well as its souvenir and antique shops.

Donaghadee comes from the Irish word Domhnach Daoi which has two possible meanings, either the ‘church of Daoi’ or the ‘church of the motte’ The town was originally a Gaelic ringfort, when the Anglo-Normans conquered the area they built a motte and bailey castle, lending to the town’s name.

Motte-and-bailey castles are found throughout Europe. The Motte was a raised mound on which the castle sat on. The bailey was the enclosed courtyard which surrounded the castle. The structures were usually wooden and constructed quickly after a territory was taken over while a more permanent castle was built. This meant that the structure could be set up fast but on the downside, they were susceptible to fire. We have attached a video of the ancient motte and bailey castle below, which still stands tall in the town of Donaghadee today!

Due to its proximity to Scotland, the town of Donaghadee was a major point of entry for travellers coming from Great Britain to the Irish island up until the middle of the 19th century.

Due to Belfast’s growth as a major city, Donaghadee began attracting the merchants looking to escape the city for a holiday by the sea.

From the mid 18th to the mid 19th century, Donaghadee was used by couples going to Portpatrick, Wigtown, Scotland to marry, as Portpatrick was known as the “Gretna Green for Ireland”.

Today, the town’s mix of historic and modern attractions makes it popular among tourists from all over.

One of the most well-known among the attractions in Donaghadee is the lighthouse and harbour. The harbour dates back to the 17th century and has an iconic lighthouse to guide ships during times of trouble with its beam and fog horn.

The limestone tower includes a lantern, dome, and a small haven for its Keeper, that was included in 1841. It was the first Irish lighthouse to start using electric power at the beginning of the 20th century.

One of the most prominent features of the town, the Donaghadee Moat was originally constructed in 1818 to store the explosives used in the blasting process during the construction of the harbour.

Today it can be found within a park, overlooking the town and the Copeland Islands. Due to its excellent location, it was previously used as a defensive post in the Bronze Age. Later on, it also provided much-needed protection against the Viking raids.

Did you know that Donaghadee features as the fictional town of Port Devine in the 2021 BBC Comedy Hope Street? Its not surprising that many TV shows and films have used or been inspired by the picturesque seaside town of Donaghadee, even Johnny Cash mentioned the town in his song ‘Forty Shades of Green’.

Lifeboat Luke, an animated children’s series set in the fictional town of Donaghadoo. Its not too far of a stretch to say that the seaside town is based on Donaghadee judging by the name alone!

What to do in Donaghadee

There are many things to do in Donaghadee. Visitors can enjoy several scenic routes, as well as several restaurants and pubs in the town, including Grace Neill’s, one of the oldest bars in Ireland which opened in 1611. The seaside town offers beautiful views from Donaghadee beach

Estabhlished in 1611 Grace Neill’s is known as one of Ireland’s oldest pubs. It was originally known as The Kings Arms for over 400 years. Its newer name is a tribute to the original owner who was given the bar as a wedding president from her father, Hugh Jamison. Grace was known as a friendly lady with a strong spirit, and throughout the centuries has been a popular location.

Sports enthusiasts or those looking to spend their time in Donaghadee by playing their favourite sport will find facilities for a number of sports including cricket, tennis, bowling, darts, golf, women’s hockey, football, sailing, and rugby.

The Cockle Row Cottages are several restored fisherman’s cottages that offer visitors a chance to explore their rich maritime heritage and history, and what it was like to be a fisherman during the 20th century.

Children will also find it exciting as they can join a range of cool activities, including face painting, arts and crafts, and balloon modelling. The tours offered also include live music, craft fairs, falconry displays, highland dancing, piper demonstrations, a mobile open farm, science and magic show, Dino Dig and crazy clay workshops, among many other activities.

Bangor Aurora offers plenty of opportunities for aquatic fun for the whole family, including 3 swimming pools, leisure waters with flumes, inflatable fun, and Northern Ireland’s only ‘Sidewinder’ slide, plus extensive gym facilities. There are diving and toddler pools, and a children’s play area. The centre also offers swimming lessons for all ages and has a diving programme.

The Pickie Fun Park is located at Bangor Marina, with views over Belfast Lough.

One of the top ten visitor attractions in Northern Ireland, the Pickie Fun Park underwent major renovations worth almost £2.6 million in 2012.

Now, parents accompanying their children can sip a cooling drink on the terrace of the Windjammer Café while the children play in the Adventure Playground. The café with its glass surround, family-friendly menu, and stylish interior promotes a fresh and modern feel offering superb views over Bangor Marina and Belfast Lough.

Visitors of the Park are also able to enjoy stunning panoramic views of Bangor Bay and the hills of Antrim.

If you’re planning a visit to Donaghadee soon, then be sure to check the locations mentioned in this list one by one and don’t miss out on all the fun!

Scrabo Tower: A Stunning View From Newtownards, County Down