Close X
Home/Eastern Mediterranean Region/Discover the Nilometer: A Witness to the Importance of the Nile

Discover the Nilometer: A Witness to the Importance of the Nile 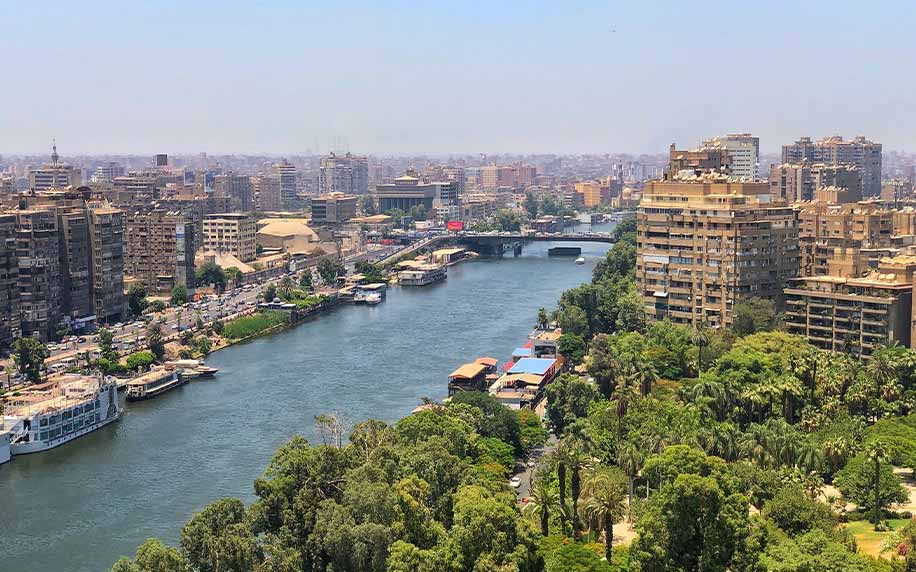 The Nile River passes through many countries, supplying them with water, irrigation, and more. So, the ancient Egyptians had a deep respect for the power of the Nile and dedicated themselves to maintaining it. This was done with the help of the nilometer. Learn more about how the nilometer influenced Ancient Egypt.

Herodotus, the ancient Greek historian famously said that “Egypt was the gift of the Nile”. During the time of the ancient Egyptians, the Nile used to flood annually, which helped fertilize the surrounding lands and they grew a multitude of crops, like wheat, papyrus, and other crops around the Nile.

The Nile was also important for spiritual life in ancient Egyptian. They worshipped, Hapi, the god of the annual floods, and they believed that only Hapi and the pharaoh were able to control the flooding.

The Nile also became the basis of the ancient calendar according to the three cycles of the Nile. Even though the idea of nilometers began in ancient Egypt, they continued to be used by later civilizations.

Although the Nile flooding has stopped after the construction of the Aswan Dam, it still continues to hold an important role in Egypt as a source of life.

One of the most interesting structures in Egypt today that proves just how important the Nile is to the Egyptians is the Nilometer; a structure built to measure the Nile’s water level and clarity during the flood season.

This Nilometer is the oldest Islamic water-based construction and the second oldest Islamic historical site after the Mosque of Amr ibn Al-As. It was built by Caliph Al-Mutawakkil `Ala Allah Al Abbasi in 861 AD. The walls and ceiling were added by Al Zaher Babers. It can be found next to the Manasterly Palace on Rawda Island in Cairo.

Ancient Egyptians had to monitor the water levels, because, if it was low, there would be food shortages and if it was too high, that would lead to the destruction of crops. They had a specific mark that indicated how high the water should be if the fields were to get good soil.

The flooding of the Nile usually happened between July and November, as the water covered the adjacent lands, and then it would recede around September or October, leaving behind fertile soil to grow the crops. The akhet, or Season of the Flood, was one of the three seasons into which the ancient Egyptians divided their year.

The quality of the year’s flood was also used to determine the levels of taxes to be paid so the Nilometer also played a big role in the economy of the country.

Unique Design of the Nilometer

The Nilometer was built according to Islamic architectural styles. It is divided into three sections: a circle, then a square larger than the circle, then an even larger square. The stones above are smaller than the ones below so that the building can withstand the surging power of the water.

Since it has been regularly renovated over time, the Nilometer visible today dates back to 861, when the Abbasid caliph al-Mutawakkil ordered its construction, overseen by the astronomer Alfraganus.

The design comprises a flight of stairs leading down into the water, with markings denoting the depth along the walls.

Throughout history, Nilometers were so important that only priests and rulers, whether in ancient Egypt or later on in Roman or Arab times, were allowed to monitor the nilometers.

This unique monument is definitely worth a visit if you find yourself in downtown Cairo, and you should also check out the Manesterly Palace which is another magnificent example of great Egyptian landmarks.

Natural Wonders of the World

The Religious Complex: Where All Civilizations Meet