Discover the Island of Saint Lucia 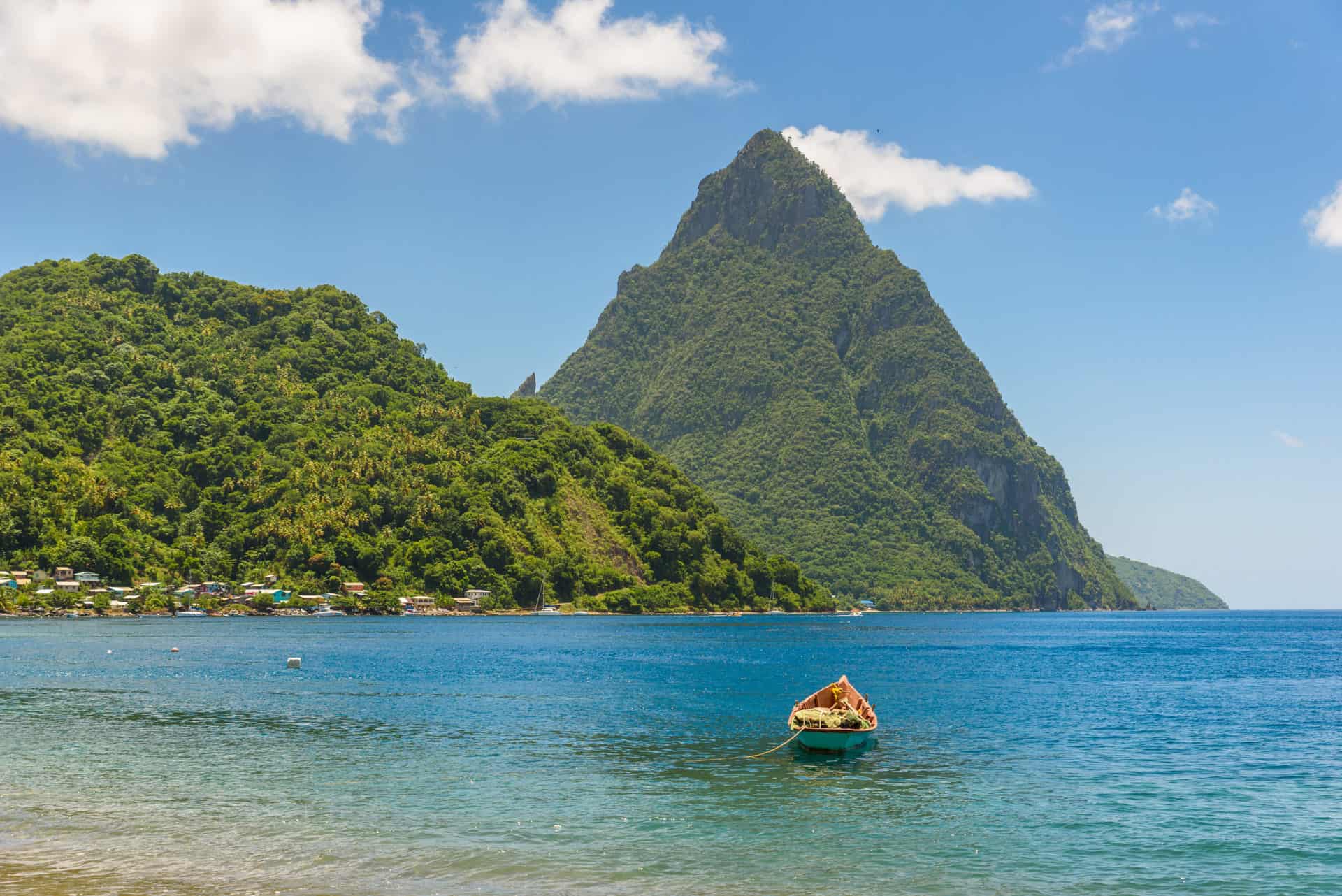 Saint Lucia is one of the islands located in the Caribbean Sea, it is located 39 km to the south of the Martinique Islands, and to the northeast is the island of Saint Vincent which is 34 km away. The island is characterized by the presence of many geographical characteristics such as hot springs, mountain hills, and rivers.

The island was named after Saint Lucy, the French were the first European colonizers of the island, and the city of Castries is the capital of Saint Lucia. In the year 1814, the British took control of the island and it gained its independence in 1979. The official language of the island is English, followed by French.

The geography of Saint Lucia is characterized by its natural landscapes and rainforests, and the island has a volcanic character, which makes its interior have a high temperature and thus the presence of a large number of hot water pools.

The climate of Saint Lucia Island is considered to be a tropical climate with very hot temperatures throughout the year, and the climate on the island varies to become dry and cold from January to April. The climate is humid and rains fall from June to November.

The temperature in the sea ranges between 26 and 29 degrees, and the sea is suitable for swimming at all times of the year. The most suitable time to visit the island is from December to April.

Things to do in Saint Lucia

Saint Lucia is one of the best tourist places to visit in the Caribbean, as it is a distinctive tourist destination and many important elements gave Saint Lucia more importance than the rest of the Caribbean countries.

Saint Lucia has many distinctive hotels and golden sandy beaches and is characterized by dense underwater marine life such as coral reefs and others. It is time now to get to know more about Saint Lucia and know what you can do there, and activities can be done three also. Let us start this quick journey and know more information about Saint Lucia, Enjoy.

Marigot Bay is one of the most beautiful bays on the island of Saint Lucia, where you will enjoy the view of the Caribbean Sea. The bay is best viewed from the Vista point between the main Caribbean coastal road and the bay itself.

Marigot Bay was also filming location for the Doctor Doolittle movie in 1967. If you deseeded to stay in this bay, we recommend to you the Marigot bay Resort and Marina has an amazing view of yachts bristling in the bay amid the green hills.

Soufriere is a fishing village which is located around a magnificent bay, it is about one hour drive from south of the capital city, Castries and from there you can discover many attractions located around the village. If you don’t know about this village, it has a large history, first of all, it was founded in 1745 and it was the place where Josephine the wife of Napoleon Bonaparte was born in 1763.

When you are in the village make sure to visit the Church of the Assumption of the Blessed Virgin Mary which is located in the square and one of the top attractions on the island. Other attractions that you can visit there like Sulphur Springs Park, Diamond Falls Botanical Gardens.

Pigeon Island National Park is one of the most important spots to visit in the Island of Saint Lucia, at the time when the British controlled the island this place allowed them to see the movements of the French troops in Martinique when they both tried to control Saint Lucia.

When you visit the place you will see some ruins of military buildings that were used at the time of the battle between the British and French and make sure to visit also the interpretation center that tells you information about the island’s history, and beaches where you can spend some rest time.

The Pitons are well-known as Saint Lucia’s twin towering peaks, it is also UNESCO World Heritage-listed Pitons Management Area and it has a great height over the sea. The Pitons are known as two peaks, one of them which is the largest one is called Gros Piton, which is located to the south and is 798 meters high and the Petit Piton is 750 meters high.

The two pitons are difficult to climb, they were formed by volcanic activity from about 200,000 to 300,000 years ago and if you are a perfect diver you can discover them as underwater cliffs. The best place to see a great view of the Pitons is from the village of Soufriere and especially from the Tet Paul Natural Trail.

Hiking in the Tet Paul Natural Trail is one of the interesting things that you can do in Saint Lucia, it is located near the village of Soufriere and there you will see some beautiful nature surrounding you. It will take you about 45 minutes to walk on the nature trail and from there you can see Martinique and Saint Vincent.

There you will see some wonderful trees, tropical fruits and you can learn about medicinal plants, and also you will be able to see pineapples growing all the way while you are walking and when you reach the top you will see a magnificent view of the countryside.

Morne Coubaril Historical Adventure Park is a famous attraction to visit, when you are there you can see Soufriere Bay and this 18th-century place gives you a mixture of history and culture.

While visiting the park you will see manioc, cocoa, and much more grown there, and you will be able to have a tour of this working plantation. Also, you can see how sugar cane syrup and coffee are produced and these plantation tours can be made on horseback.

When the British were in Saint Lucia they built fortifications on Morne Fortune, which also means the Hill of Good Luck and it gives you a fantastic view of the capital city, Castries, and the harbor and it was the place where most of the brutal battles between England and France took place.

While you are there you will have the chance to take some pictures, visit the original fortification, the old military building and cannons. There also on the north side of Morne Fortune is the Government House, which is known as the official residence of Saint Lucia’s Governor-General with beautiful private gardens.

Rodney Bay contains one of the best beaches in Saint Lucia and is top visited too, also there you will find many resorts, shops, and restaurants, and at night it is the perfect place to spend a night there with your friends. The Rodney Bay Marina is a great spot for many water activities.

There are other attractions that you can visit near Rodney Bay, such as Pigeon Island National Park to the north and Labrelotte Point in the south.

The Diamond Falls has three famous attractions, which are gardens, waterfall, and hot spring baths which were built for the troops of King Louis XVI of France. When you visit the place you will see the gardens were planted among cocoa, mahogany, and tropical flowers. Also, you will see fruit and vegetables such as soursop.

The Enbas Saut Waterfall Trails is located above Soufriere, it lies on Mount Gimie which is considered the highest mountain in Saint Lucia and the trail goes through the rainforest to a waterfall. It will take you about 2 hours and 30 minutes to move on the trail and you will be walking up and down on many steep steps. You can also see many birds there like St. Lucia parrot, St. Lucia oriole, and St. Lucia wren.

Places to stay in Saint Lucia

As you know Saint Lucia is one of the perfect places for vacations and also honeymoons, and here are some places you can stay in while you visit Saint Lucia.

Your Ultimate Guide to Visit KSA: Top 10 Things to do in Saudi Arabia