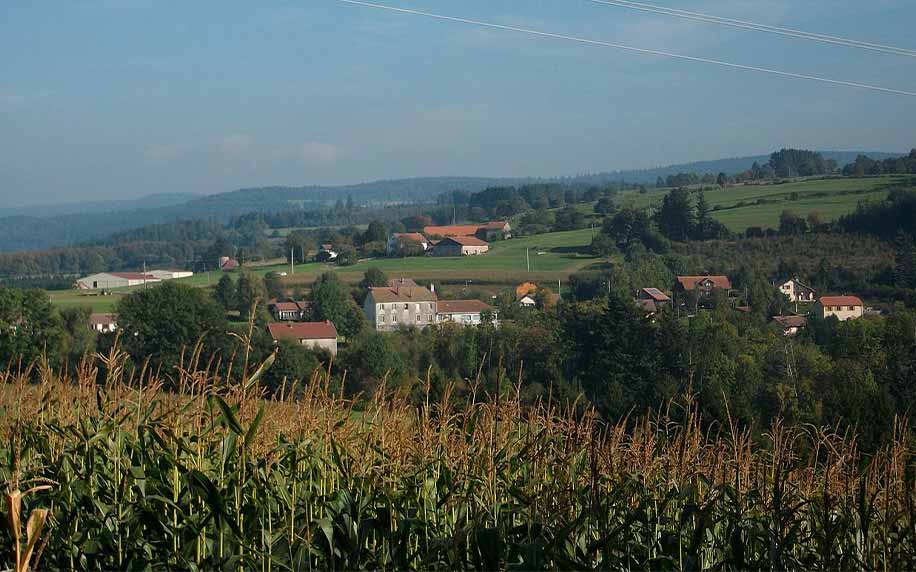 The Mystery of the Field of Rocks – Le Champ des Roches

Near Les Arrentès pass, a strange and static river that is 400 metres in length and 40 metres in width extends as far as the eye can see.

This is rocky expanse consists of granite, sandstone, and gneiss. The depth of this rocky river varies between 7 and 8 metres, which is why there are no trees on this path even though it is in the middle of a forest.

This rocky area would have formed during the morainic deposit of a glacier. Scientists believe this happened during the Quaternary era, a period that experienced global warming, over 50,000 years ago.

An urban legend tells that this clearing was once the place where witches gathered to make their Sabbath. One day, the pastor of Grange-sur-Vologne town invoked the Patron Saint of his church, who petrified the witches. Right after this event, the rocky field appeared.

The distinctive characteristic of La tête de Nayemont Mountain is the incredible granite rock at the mountain base and the sandstone at its top.

To begin exploring this mountain, the climb begins with a gentle slope, which becomes more pronounced as we approach the sandstone summit.

This mountain is tall at 965 metres above sea level.

Near Les Arrentès-de-Corcieux, a town named Barbey-Seroux is home to an ancient granite quarry. Here, miners used to extract beautiful syncinematic-porphyroid granite. This type of granite was formed from a magmatic activity which also created the mountain range.

Lying dormant, these quarries have not been used in over a decade which has resulted in them being covered with vegetation.

When the quarries were in operation, a significant number of miners from neighbouring villages came to work here. At the end of the 19th century, several Belgian immigrants also found work in the quarry where they mainly carved paving stones.

Les Jonquilles are one of the earliest flowers to bloom in spring and symbolise new beginnings, rebirth, and the arrival of spring in France. Known as daffodils in English, they have other sacred meanings like creativity, inspiration, and renewal.

Every two years, in April, a huge celebration named “La fête des Jonquilles” is organised in Gérardmer City. This is an opportunity for the people of Gérardmer to celebrate one of the symbols of their city, especially by the grand parade through the city on flowery floats.

Les Jonquille festival was born from the idea of Paul Elbel, an administrator of state services in this region of France. Dedicated to showcasing the area’s trade and market services as well as the region’s wide transport system, it was intended to boost local trade. The first festival was organised on the 22nd April 1935.

From the post-war period, the city attracted thousands of tourists for this merry event. During the festival of 1948, F. Mitterand, who was the French Minister of Veterans and War Victims at the time, laid the foundation stone of the Xettes school.

Our Tip for Exploring the Les Arrentès-de-Corcieux

Dive into the heart of Les Vosges forests, follow the hiking trails, and discover exceptional places. The pleasure of being in symbiosis with nature – one you cannot miss.

Top Things to Do in Italy on a Budget

Top Things to Do at Lake Garda