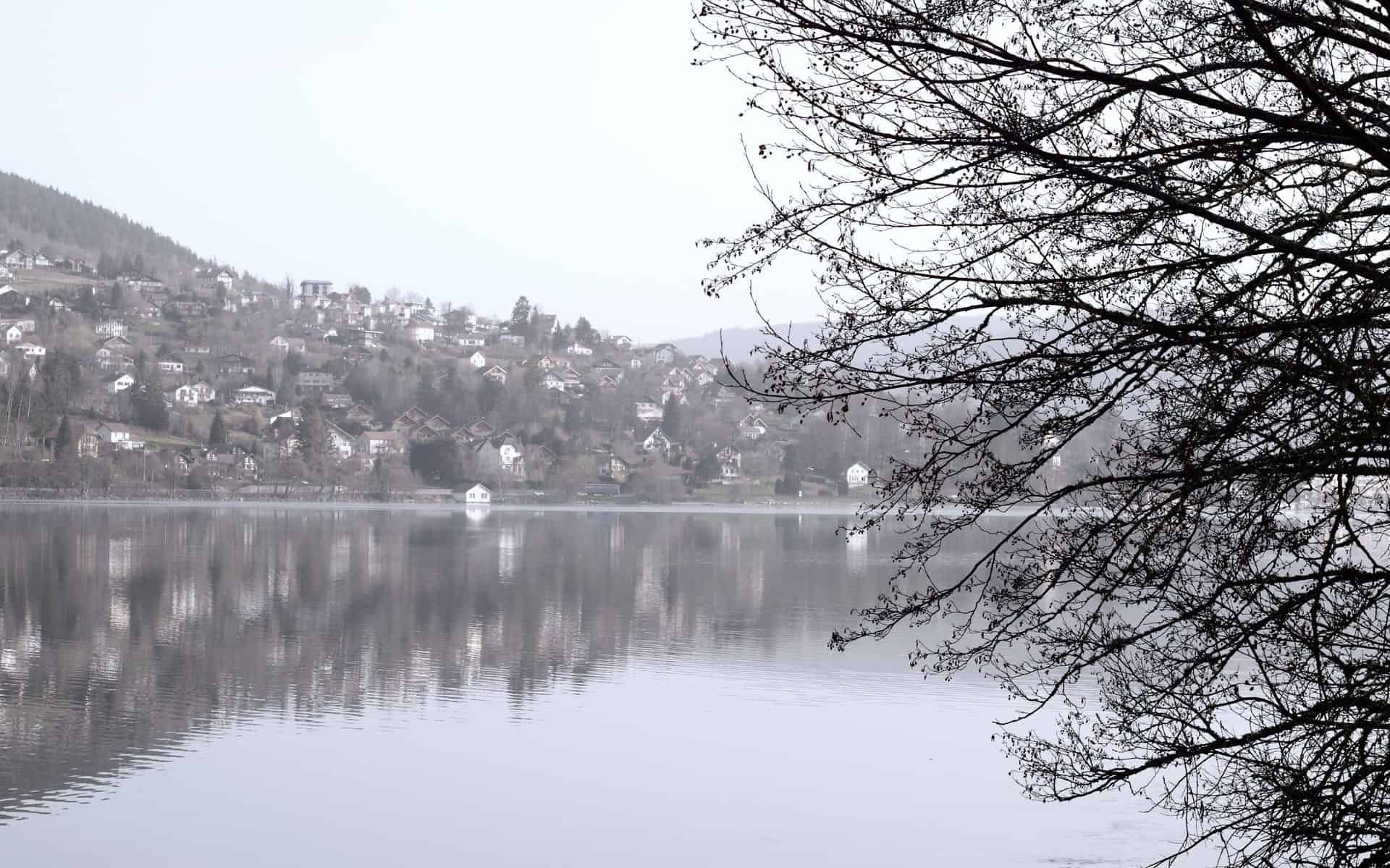 Gérardmer, the City in the Heart of Massif Des Vosges

Perched at 675 metres in altitude in the heart of the Vosges mountains, Gérardmer is a city located in Northeastern France, near the German border. It is situated in a bassin, surrounded by mountains and in its centre, there is the famous Gérardmer’s Lake. Gérardmer is also called “La perle de Vosges” which means “The Vosges’s Pearl”.

In 2021, the census showed that nearly 7,700 people are living in the city. This number is constantly growing thanks to Tourism in the area. Besides its lake and its amazing landscape, Gérardmer is particularly known for its activities, such as Alpine and Cross-country skiing, kayaking, windsurfing, cycling, hiking, and more. Welcome to Gérardmer – There is no room for boredom here!

How Gérardmer Got Its Name

Taking a look at the history is important in order to understand the foundations and the values of Gérardmer City. According to the folk tradition, the city was established by Gérard d’Alsace, Duke of Lorraine (1048 – 1070). Still, why the name “Gérardmer”?
According to historical documents, the first part of the word “Gérard” comes from the Duke’s name “Gérard d’Alsace”, while the second part “mer” would have originated from “moye” which means “Lake” and from “meix” which means “garden around the house”.
Because of the dialect, the word has changed through the decades until “Giraumoye” and “Girameix” which means “Gérard’s Lake” and “garden around the house of Gérard”.
After centuries and centuries, the language has evolved, the grammar has changed until “Gérardmer” became the name of the city and “Gérômois” became the name of those who live there.

The Impact of World War II

Gérardmer city was mostly composed of Jewish persons. There were cattle dealers, butchers, cheese merchants, clothing merchants and they also played an active role in the development of the local textile industry.

In September 1939, at the outbreak of the war, the French authorities evacuated the entire population of the communes of Alsace-Moselle bordering Germany.In May-June 1940, the Germans invaded France, and Gérardmer became occupied on 22nd June. In the Autumn of 1940, the Vichy Government took anti-Semitic measures.During the years 1942 to 1944, the forty Jews still living in Gérardmer were captured in several waves. They were first taken to the Ecrouves camp near Toul, then to the Drancy camp in the Paris region, before being transported to and murdered in Auschwitz, Poland. On the eve of the Liberation, the 15th 16th and 17th of November 1944, the German troops set fire to every building in Gérardmer destroying more than 85% of homes.

In homage to the Jews killed, Gérardmer has decided to place Le Carré Juifs in the cemetery of the city: graves honouring Jewish people who died during the war.

Gérardmer’s lake is the largest natural lake located in the Massif des Vosges. It covers an area of over 383 acres with a volume of 19,510,000 m³. Numerous glaciations have occurred on the Massif des Vosges. However, the last one called “Würm ice age” (115,000 to 11,700 years ago), left some mark on the environment: a lake in Gérardmer.

However, the lake is deeper than its surface: Gérardmer’s lake contains many secrets in its depths. World Wars I and II have marked this lake, leaving several dozen tons of ammunition and weapons 10 – 20 meters deep in its waters. Examples include racquet firecrackers, grenades, some phosphorus, weapons, bombs and shells.

During the 1980s and 1990s, the divers of the inter-departmental demining centre of Colmar cleared the mud during successive pollution control campaigns. Several tons of these gun and ammunition were taken out of the lake. Today, it would be likely that some ammunition and weapons are still in the depths of the lake, however there would be no real danger for locals or tourists; visitors can fully enjoy the lake without worries.

Main Activities To Do in Gérardmer

The winter period is one of the popular times for tourism in Gérardmer because it is when the ski season starts. Gérardmer gives the opportunity to fully enjoy the snow thanks to its 21 ski runs for Alpine skiing located in Le domaine de la Mauselaine and its 9 ski runs for Cross-country skiing located in Les Bas-Rupts. Children can also enjoy the snow thanks to many sledge runs located in the city.

For those adventurous enough, Les Bas-Rupts gives the opportunity to discover bigger ski jumps since 2010. The Vosges Team trained on this ski jump and many French Cups were organised here.

If you want to warm up after a good day of skiing, the merchants are there to make you a tasty warm drink: le vin chaud, or mulled wine.

The summer period is the second most popular time for tourism in Gérardmer. During the summer, visitors fully enjoy the lake and its surroundings. Want to soak up the sun? There are beaches around the lake. Do you prefer having a nap in the shade? There are lush forests that provide protection from the sun’s rays.

Next to the lake there are two beach volleyball courts that are open to the public. A Water Sports Centre allows visitors to rent kayaks, windsurf or paddle board to enjoy the lake and an afternoon with friends. Thanks to the ASG Gérardmer club, all who visit can rent a boat and try rowing. Finally, if you prefer a calmer activity, you can rent a paddle boat and discover the lake.

Cycling is one of the main activities in Gérardmer. The city is based between mountains, so there are amazing passes to climb and descend. Furthermore, each year in early September, a Triathlon is organised in the city. Participants have to face 3 trials: swimming, cycling and running. Depending on which category participants chose, there are more or less difficult options. For example, the XL Triathlon is composed of 1.9 km swimming – 90km cycling – 21km running. Good luck to all who are determined enough to compete!

Gérardmer is full of amazing landscapes that visitors can discover and experience in nature. You can stroll the surroundings of the lake through a 6km hike. If you’re feeling adventurous, you can hike in the forest with a 2.1km walk to La tour de Merelle, an observation deck that takes advantage of the beautiful view. If you’re looking for a tougher workout, you can go to the fitness trail and follow one of its 18 routes.

Gérardmer: A Tragic Past Leads to a Bright Future

Gérardmer is an old city, full of challenge and wartime tragedy. However, after years and years, it has been rebuilt stronger than ever. Its inhabitants and all tourists who visit the city will be sure to have an experience they won’t forget.