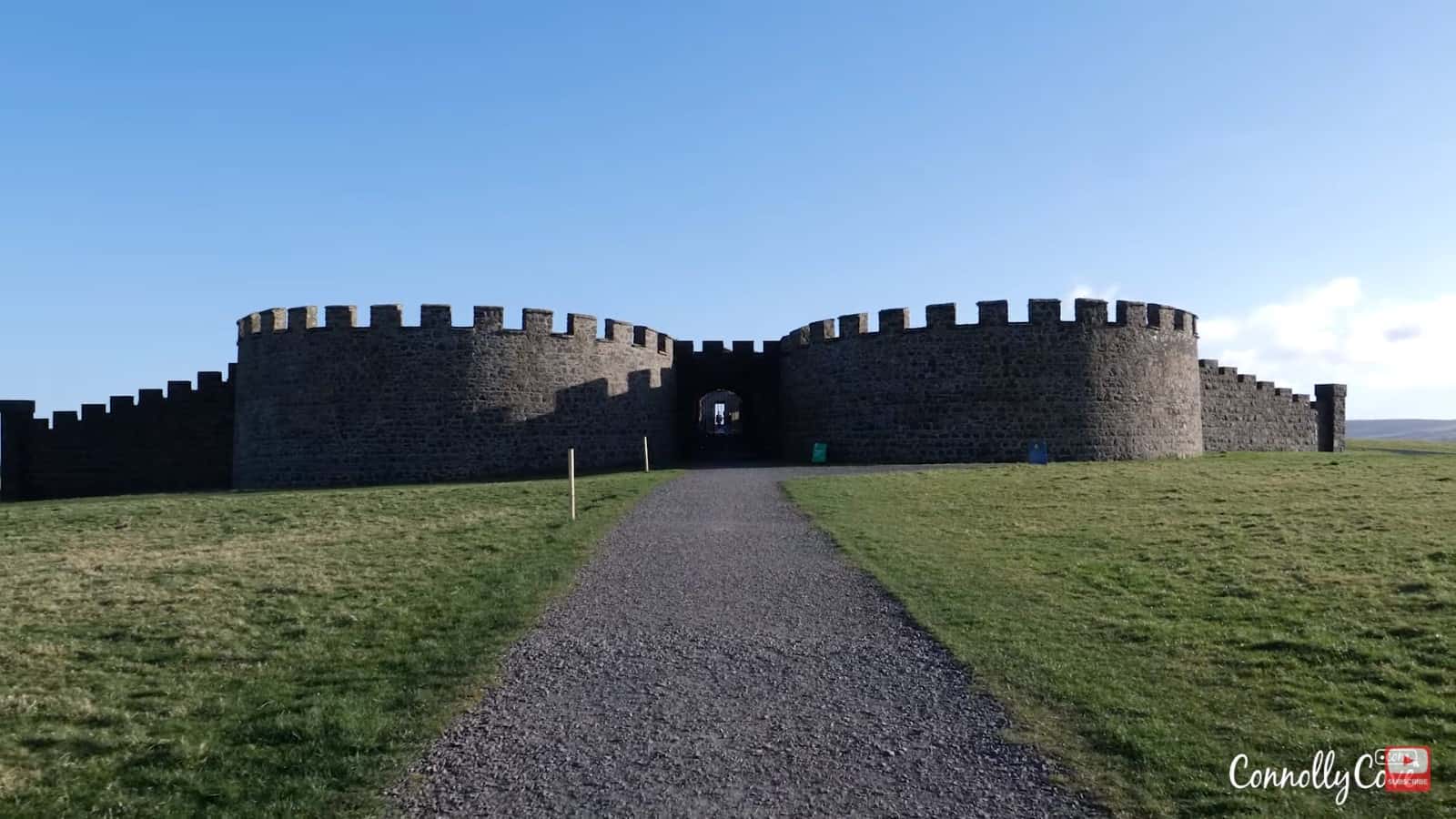 With a vast and breathtaking landscape, covering an area of some 798 square miles, County Derry stands as one of the most alluring counties in all Ireland. Officially known as Londonderry, is perched on the northwest coast of Northern Ireland.

Situated between Lough Foyle to the west and the River Bann to the east. The county of Derry was named and created after the city on the banks of the Foyle of the same name. The allure of the Oak Grove County (as it is called) is wrapped up in its beautiful scenery and tranquility, mixed with vibrant cultural and historical attractions, action, adventure and a strong literary heritage.

When you are in Ireland, the county may be referred to either as Derry or Londonderry. That’s because the names of the city and county in Northern Ireland are the subject of a naming dispute between Irish nationalists and unionists. Generally, although not always, nationalists favour using the name Derry, and unionists using Londonderry.

The Heart of Derry

To the south are the forested glens of the Sperrin Mountains while to the north and east is the spectacular coastline of Benone Strand. Ireland’s longest beach: seven miles of wide-open sand and surf. Along the way, the coast ebbs and flows from the nearly oceanic Lough Foyle to the dramatic cliffs near Castlerock.

Additionally, since it is adjacent to County Donegal in the Republic of Ireland, Londonderry has always been strongly tied – economically and culturally – to its traditional neighbour. And as such has quite a strong sense of Irish identity, including a big Catholic majority.

The Irish Doire name means oak grove and refers to a mythical tree that grew on the banks of the Foyle.

Back in the 6th century, a Christian monastery was founded on the Hill of Derry. Allegedly, The site was granted by a local king who had a fortress there. A similar kind of fortress can be seen at the spectacular Grianan of Aileach. A few miles west of the city and now resides in County Donegal.

According to a legend, the monastery of Derry was established by the great Irish saint Colmcille/Columba. St Columba’s Long Tower is another very important Derry church. Built originally in 1784, it was the first Catholic church erected in the city. After the momentous events of the reformation and plantation. It is decorated in a brilliant neo-Renaissance style.

On the contrary, although the Vikings certainly sailed up the loughs and rivers of this area, the monastery of Derry escaped the worst effects of their raids. Derry’s medieval heydays were in the twelfth and thirteenth centuries.

When the local Mac Lochlainn dynasty moved into the settlement. Under their patronage, the county  prospered: the population grew, the monastery and its school thrived, and prestigious buildings were erected. With the decline of the Mac Lochlainns, some of whom claimed to be kings of all Ireland, Derry Ciralso sank into unimportance.

On April 18, 1689, King James I came to Derry and summoned the city to surrender. The King was rebuffed and actually fired at by some of the more determined defenders. As a policy of no surrender’ was confirmed, the Jacobite forces outside the city began the famous Siege. For 105 days the city suffered appalling conditions as cannonballs and mortar-bombs rained down. As well as famine and disease took their terrible toll.

Conditions for the besiegers were no better and many thousands of people died, both inside and outside the walls. The cannons used to defend the city can be seen on the walls and at other places around the city. Finally, at the end of the summer, a relief ship broke the barricading ‘boom’ which had been stretched across the river, near where the new Foyle Bridge now stands. The Siege was over but it has left its mark on the traditions of the city to the present day.

During the plantation of Ulster by James I, however, Derry was taken over by the livery companies of London. Who built the defensive walls that still surround the city. Interestingly enough, the city walls are amongst the best-preserved fortifications in Europe.

The layout of the city reflects the original town plan set out several hundred years ago. In 1609, an agreement was made with the Corporation of London for the rebuilding of Derry, hence the introduction of the name Londonderry.

The city was rebuilt in the eighteenth century with many of its fine Georgian style houses still surviving. George Berkeley, Ireland’s most important philosopher, was Dean of Derry, and another well-known and eccentric cleric, Frederick Augustus Hervey, the Earl of Bristol, was Bishop of Londonderry. It was Hervey, the so-called Earl Bishop, who was responsible for building the aforementioned first bridge across the Foyle in 1790.

During the eighteenth and nineteenth centuries, the port of Derry became an important embarkation point for Irish emigrants setting out for America. Some of these founded the colonies of Derry and Londonderry in the state of New Hampshire.

By the middle of the nineteenth century, a thriving shirt and collar making industry had been established there. Giving the city many of its fine industrial buildings. Four separate railway networks emanated from the city, the interesting history of which can be examined at the Foyle Valley Railway Centre.

In 1921, with the partition of Ireland, Derry unexpectedly became a border city. Amelia Earhart gave the city a much-needed boost when she landed there in 1932, becoming the first woman to fly solo across the Atlantic. Her connection with the city is reflected in a display at the Amelia Earhart Cottage at Ballyarnett.

A tragic part of Derry’s history took place on 30 January 1972 with the events on Bloody Sunday when British Army paratroopers opened fire on crowds of peaceful marchers, killing several bystanders.

Riverwatch Aquarium and Visitor Centre is a great tourist attraction located just outside Derry City Centre. The aquarium includes many types of fish like lobster, crabs, starfish. coalfish, blenney’s. And lots of other marines and freshwater fish and shellfish, and it is continually changing its livestock. The centre also hosts exhibitions about the country’s rivers, loughs and coast.

This nature reserve provides the opportunity to explore a wonderful and peaceful woodland, a gorge and a breathtaking scenery of a waterfall. Ness Wood is named for ‘an las’ or Ness, meaning Waterfall. It is widely acknowledged as the highest waterfall in all of Northern Ireland.

Set in the Burntollet Valley within Ness Country Park, the nature reserve provides stunning walks, as the paths wind their way through the canopy of oak, ash and beech woodland, along the Burntollet River to the Ness waterfall.

The Sperrin Mountains are located in the north-west of Northern Ireland in counties Londonderry and Tyrone. The mountains form north-east to south-west aligned ridges that include the main Sperrin Ridge. With the highest peak of Sawel Mountain at 678 metres.

The natural asset of the mountain range mixed with the unspoilt landscape of winding rivers, sun swept valleys and scenic lakes all translate into a region recognised as one of the most breathtaking geographical areas of rural Ireland.

Derry is as beautiful as it is dripping with history – and its food and drink scene isn’t too shabby either. Boasting some truly deadly eateries and watering holes, Derry has anyone visiting or residing in it covered for any sort of sustenance they wish to indulge in.

You can taste over 20 different foods and drinks, everything from mouth-watering local Street Food, to exquisite fresh fish and delectable sweet treats, washed down with refreshing local beers and drinks.

Most Popular Places in Derry

Mussenden Temple is located in one of the most amazing coastal locations in the world. It is perched literally at the edge of a cliff which falls away to the rocks and beach far below. It can be found north of the manorhouse, Downhill Demense, along a well-sealed pathway, straight from the castle exit, toward the sea.

Vast and awe-inspiring views of the harsh headland create a sense of uncertainty, dread, and mystery. The appeal of this “delightful horror” is reflected in the inscription around the dome of the temple: “Tis pleasant, safely to behold from the shore/ The rolling ship and hear the tempest roar.”

The Causeway’s breathtaking scenic route travels from Belfast to Derry and takes in the towering cliffs, silent glens, sleepy hamlets, picturesque fishing villages and a UNESCO World Heritage Site. Another exhilarating place of interest is The Carrick-A-Rede Rope Bridge. That was originally hung there by salmon fisherman to check their nets.

The walk across is safe but thrilling. Perched on basalt cliffs 30 meters above the ocean the location of Dunluce Castle just couldn’t be more fabulous. No wonder why this castle was used as a shooting location for Game of Thrones.

Nestled in an enchanting woodland in the very heart of Northern Ireland, just 45 minutes from Belfast, The Jungle is the perfect location to engage with life, and put to test your sense of daring and adventure. Furthermore, it is a leading outdoor adventure centre offering exciting activities, events and funky accommodation suitable for all ages.

The Tower Museum is undoubtedly the Jewel in the Crown of Derry’s museums. Located in the heart of the City inside the Walls and opposite the Guildhall. The Tower Museum is one of Derry’s top visitor attractions. The Museum has two main exhibitions (“Story of Derry” and “La Trinidad Valancera ─ An Armada Shipwreck.”) And hosts a wide program programme of touring exhibitions and events throughout the year. The museum was opened in 1992 and is centred around the O’Doherty Tower, a major landmark in the City.

The Tower Museum takes its visitors on a high-tech audio-visual narrative tour of the Story of Derry. From the first evidence of human habitation in 7000BC through to the troubles and the peace process, it is all there and exemplified by models and a wide range of artefacts.

The Story of Derry is told not just through the place but also through the people that Derry has produced and inspired. This is combined with a frank and forthright approach to the many traumatic incidents in the city’s history to produce an overall experience that has seen the Tower Museum receive a number of awards.

County Derry has retained a plenty of “old world” charm along the years, so making time for a stopover there should be gratifying. There are many things to see and explore. All in all quite a pleasant Irish county town for a walk and some snapshots, and there are some decent (ancient and modern) entertainment venues there, too.

Have you ever been to the County Derry? What is was your favourite attractions or landmarks? We would love to hear your experience 🙂

The Children of Lir: A Fascinating Irish Legend