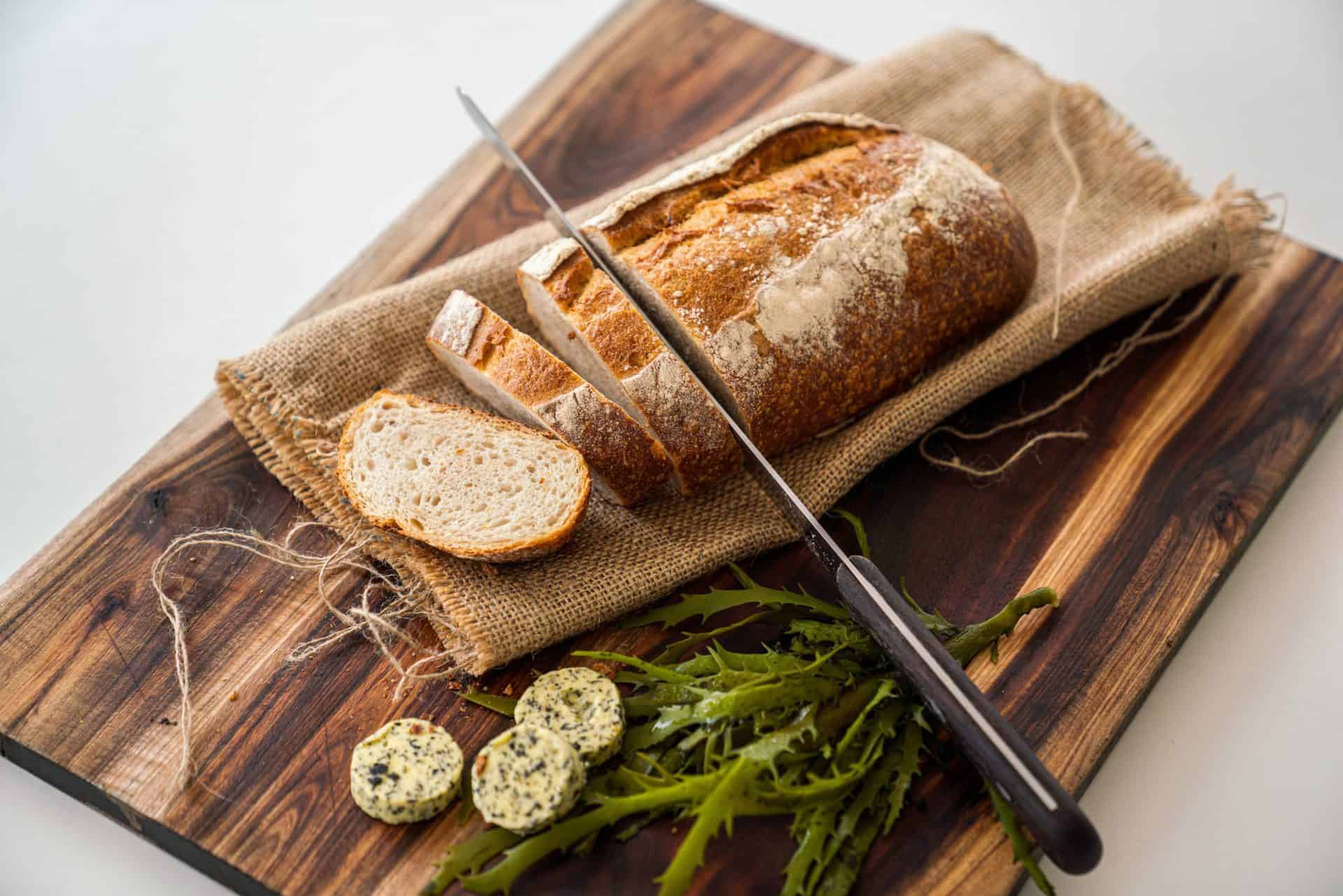 The first culinary nation in the world, France is recognized worldwide for its gastronomy and its art of living. French luxury is intimately linked to its culinary art. Moreover, since 2010, the French gastronomic meal and its rituals have been included in the intangible cultural heritage of UNESCO.

The culinary experience is not only limited to the simple act of eating, but also to an etiquette representative of French culture. The French gastronomic meal must respect a precise scheme: it begins with an aperitif, at least four dishes, including a starter, fish and / or meat with vegetables, cheese, a dessert, and a digestif to finish. This particular attention to the pleasures of the table is found in everyday life. The French are very attached to the three meals of the day. Traditionally, breakfast is taken upon awakening, lunch around 1 p.m. and dinner around 8 p.m. In France, eating is therefore considered a ritual of happiness.

French wines and French cheeses are an integral part of French cuisine in which they are used as ingredients and as accompaniments. France is also known for its wide range of breads, but also for oysters. French wines, breads and cheeses are considered a reference in French gastronomy, particularly because of its cultural aspect.

The best known is the baguette. The French bakery is exported all over the world. The French now consume 5 times less bread than at the start of the century. France is known for its quality breads and has 81 regional breads, not to mention special breads such as walnut, raisin and fig breads. The market remains largely dominated by traditional sourdough bread and especially by baguette.

Some breads are very well known, and we recommend that you discover them during a trip to France:

There are other very famous French pastries such as macaroons, colorful almond cakes, crème brûlée, made from vanilla cream topped with caramelized sugar, or even profiteroles, ball-shaped pastries filled with custard. with chocolate, whipped cream or custard on top.

In France, wine is very important in gastronomy. The vineyard is everywhere, in the Bordelais, in Burgundy, in Alsace, along the Rhône, the Loire and the coasts of the Mediterranean. They are even found in Paris, on the heights of the Butte Montmartre. A country of wine-making tradition, France is, along with Italy, at the top of the wine-producing countries with nearly 7,000 vintages and 18,000 appellations. France has risen to one of the top places for the quality of its wines. One of the characteristics of a great wine is its storage potential (up to a century). A good wine is above all a matter of taste, judiciously chosen, it sublimates a dish.

The French love cheeses. They produce more than 1000 different cheeses. You absolutely must taste good cheeses during your trip to France.

In the south of France, Roquefort is a classic. It is a fairly strong-smelling blue cheese made from sheep’s milk. It looks like Bleu d’Auvergne which is a blue cheese made from cow’s milk. We also recommend the cantal known in the regions of Aveyron in the southwest of France, which is a smooth, pressed cheese very appreciated by the French. It is the oldest cheese in history. They are also known for goat cheeses such as Cabécou d´Autan or Le Pélardon des Cévennes.

In the north of France, the most famous cheese is the Camembert known in Normandy which is a soft cheese with a bloomy rind. Brie de Meaux and Pont Évêque are also soft cheeses like Camembert. We also find Burgundy, Mont d’Or and Le Curé Nantais in Brittany, which are quite pouty and very delicious cheeses.

French cuisine is characterized by an extreme diversity of styles and foods used. Even if local variations exist, the culinary map of France is often divided into five major regional areas: the great west, the southwest, the south-east, the great east and the north.

The north-west of France is characterized by the sea in its local gastronomy. Northern food is well known for its seafood platters, fish (sea bass, monkfish, herring) and shellfish, as well as oysters from the Marennes-Oléron basin and mussels from the Aiguillon bay. We recommend that you taste the oysters. This shellfish can be eaten hot, but it is even more delicious raw and alive with a dash of lemon juice or vinegar.

As for mussels, Mouclade Charentaise is a dish from the La Rochelle region. The mussels are cooked with shallots, cloves of garlic, garnished bouquets, eggs, spices, cream and alcohol from the Pineau des Charentes region.

Normandy is known for scallops and soles while Brittany is known for lobsters, crayfish and mussels. Apple, cream and butter, used in mussels stuffed with almonds for example, are the main ingredients of the gastronomy of the West. Brittany is known for buckwheat pancakes. This Breton pancake is a savory crepe, made with buckwheat flour with ham, cheese, egg, andouille and onion. Nantes is also known for these Nantes cookies.

The cuisine of the Loire Valley is famous for its white butterfish and white wine. In addition to seafood, this region is known for wild game, veal, lamb, Charolais meat and quality goat cheese.

Finally, Cognac, with the town of Cognac, along the Charente, is a regional product often used in various cooking recipes in the country.

The South-West is the land of foie gras, cassoulet and Roquefort. Bordeaux is known for its wine, just like the whole of southwestern France, but also for Bordeaux cannelés which is a small soft pastry, cylindrical and streaked with flutes.

Southwestern cuisine is renowned for its production of foie gras. On a brioche bread with a little onion confit or fig jam, you will taste the best foie gras in the region.

The farmers also grow the beans there, which are at the heart of the cassoulet recipe. Originally from Languedoc-Roussillon, this dish is made with white beans, duck legs and pork.

The Toulouse region is known for its production of Toulouse sausage, which can also accompany a local variant of cassoulet, the Castelnaudary cassoulet. The Cahors region produces black wine, as well as truffles and mushrooms.

Originally from the French Basque country, Chicken Basquaise is a complete meat dish made soft by a piperade, a sauce made from Bayonne ham, peppers, tomatoes and Espelette pepper.

The Languedoc-Roussillon region is well known for its charcuterie but also for fish. The Catalan influence can be seen in the kitchen with dishes like brandade, made from dried cod puree and wrapped in perry leaves. Snails are plentiful and are prepared in a Catalan style called la cargolade.

The Provence-Alpes-Côte d’Azur region is the largest producing region of citrus, vegetables, fruits and herbs in France. Mediterranean cuisine uses a large number of vegetables for lighter preparations. Alpine cuisine is also famous for processed cheese and potatoes. Moreover, the Savoyard fondue is the most famous convivial dish which consists in melting in a small pot three cheeses (Beaufort, Compté, Emmental), to which we add white wine.

Raclette is also known especially with electric raclette pans. It is a cheese-based dish that is melted and served with potatoes, cold meats, onions and pickles.

In Marseille, and its surroundings, ratatouille is very present. It is a dish made from vegetables (eggplant, zucchini, tomatoes…) cooked in oil. In the Grenoble region, gratin dauphinois is also an essential dish. It is a gratin of sliced ​​potatoes, crème fraîche, milk and nutmeg.

In addition, I recommend the restaurant of the Grand Hôtel des Sablettes-Plage which is an essential gastronomic stopover during a stay in the Var region.

Burgundy is famous for its wines. The Dijon region is also renowned for its Dijon mustard. The Champagne-Ardenne region is also known for its specialty made from pork tripe, andouillette, including andouillette from Troyes. As for Lorraine, it is best known for its delicate fruit jams, pastries and sweets, such as Nancy macaroons and its famous Lorraine quiche. It is a tart garnished with a mixture of crème fraîche, milk, eggs, nutmeg and grilled bacon.

In Alsace, we find the famous Choucroute which is the flagship dish of the region. It is simply fermented cabbage served with potatoes, bacon and various kinds of sausages.

Finally, in Burgundy, a dish of snails with parsley butter called “escargots à la bourguignonne” is an atypical dish of the region. It is based on butter and parsley cream. Beef Bourguignon is also a traditional family dish. These are pieces of beef simmered in red wine with root vegetables and mushrooms. There is a variation on this famous dish called coq-au-vin.

Northern cuisine is characterized by the use of butter and cream, but also endives, potatoes, pork and beer.

Among the traditional dishes, we often find long-simmered dishes such as Flemish carbonnade made from beef, simmered in lager and aromatics.

The Paris region is also very well known for its pastries: Saint-Honoré, Paris-Brest or the famous macaroons. The mold and fries are a very typical dish in the north of France hence the name of French fries known by foreigners.

We also recommend that you visit some unmissable places representative of French gastronomy and its culture and where you can taste good products:

Get the Best Out of Your Trip to Versailles | Travel Guide