Fascinating Facts about Dar Ibn Luqman: The Cell Fit for a King 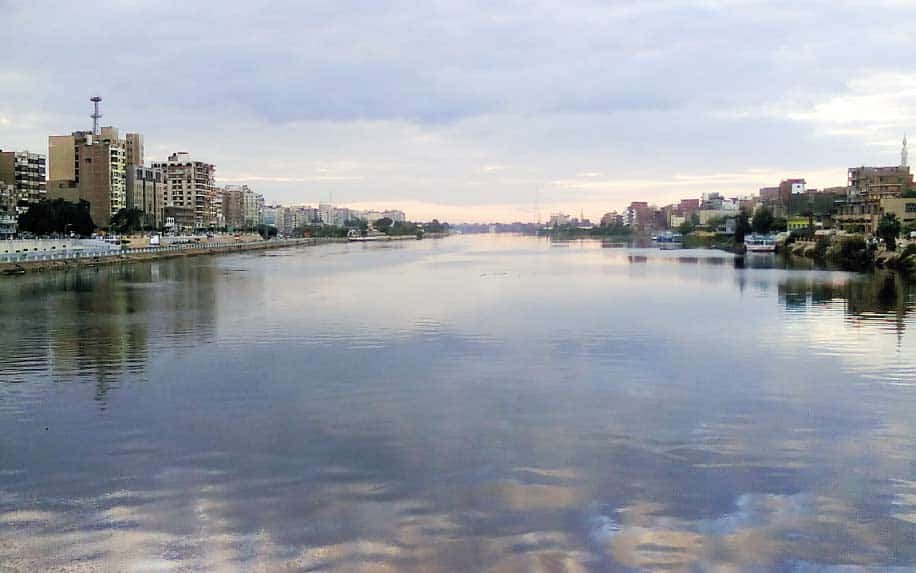 Egypt’s history is full of amazing historical events. Due to the country’s strategic location, it was under attack many times by foreign invaders since the era of the ancient Egyptians, followed by the crusaders and many more. However, the people of Egypt were always able to repel every one of these attacks.

One of the cities that witnessed a major battle during the Crusades is the city of Mansoura in Damietta which ended with the capture of one of the biggest leaders of the crusades.

What is Dar Ibn Luqman?

Dar Ibn Luqman is the most famous house in the city of Mansoura as this house witnessed the capture of King Louis IX of France after a fierce battle near the city. This house was owned by the city judge at this time, Ibrahim bin Luqman.

King of France, Louis IX, led the 7th Crusade of about 50,000 soldiers to Egypt first, which was his main obstacle to the conquest of Jerusalem, but King Najm al-Din Ayyub, who was in Damascus at the time, quickly returned to Egypt. However, King Najm al-Din Ayyub unexpectedly passed away, so his wife, Shajar al-Durr, hid the news of his death until his son, Turan Shah, returned from Hasankeyf, in modern-day Turkey. The Mamluk General Baybars led the forces. In the Battle of Mansoura and managed to defeat the French with the help of the locals as well.

When King Turan Shah arrived, he led the Egyptian army and took over the supply ships carrying goods to the French, thus forcing them to retreat, so Louis IX decided to return to Damietta and fortify it, but the Egyptian forces surrounded them and King Louis IX was captured and transferred to the home of Fakhr al-Din bin Luqman. King Louis offered to surrender in return for his safety and that of his soldiers.

After the evacuation of the French troops from Egypt, King Louis was released along with other senior prisoners, after they also paid a large ransom of ten million francs.

Today, Dar Ibn Luqman is one of the top things to do in Egypt.

Where is Dar Ibn Luqman? How was it built?

Dar Ibn Luqman is located in Port Said Street in Mansoura, Dakahlia Governorate. When it was first built, the house overlooked the Nile, but over time the Nile waters subsided and it is now 500 meters away.

The house was built more than 1100 years ago, at the time when the city of Mansoura was just getting established by Al-Kamil Muhammad bin Al-Adil about 975 AD. Mansoura was a small island called the Island of Roses.

The house consists of two floors, built in the Islamic style, with a large door, over two meters long. Interestingly, you’ll find a smaller door built into the main door, which is said to have been built so that King Louis would have to enter the house with his head bowed on his way to captivity.

The first floor consists of two sections, the first section has two rooms located to the right, each with a small alcove that was a window overlooking the road, but it was closed a long time ago.

The second section, which is to the left, has two rooms as well, but they were remodeled to become one spacious hall. There, you’ll find a museum showcasing the history of the Crusades, where there is a huge picture representing the battle of Mansoura and a bust of Saladin, as well as a collection of weapons from that era, such as spears, arrows, daggers, shields and a shirt of steel worn by soldiers to protect against the blows of swords and also a marble basin that was used by prisoners. The exhibition hall also includes a collection of statues of a number of historical figures, namely Shajar al-Durr, Turan Shah, and King Najm al-Din Ayyub.

In the middle of the two sections is a large nave with a wooden staircase that goes up to the second floor.

This floor consists of one room, which is the room in which Louis IX was held during his captivity, and it has a wooden couch, a cupboard, a window overlooking the street, and a huge chair. The most important characteristic of the room is a life-sized statue of King Louis held with shackles by his hand and behind him with a guard behind him watching over him.

The house was adjacent to a large mosque called Al-Mawafi Mosque, named after Sheikh Al-Mawafi, who taught there and was buried in it. This mosque still exists today as a testament to the era in which it was built.

Who was Ibrahim Ibn Luqman?

Ibrahim bin Luqman (1216 – 1294 AD) was a judge and minister during the Ayyubid Caliphate and Mamluk era in Egypt. He was born in the town of Asaad, east of the Tigris, and then moved to the town of Amad, where he worked in the office of its overseer as a writer. He continued to serve in the Diwan of Inshaa until the death of Sultan Al-Salih Najm Al-Din Ayoub bin Al-Kamil in the year 647 AH / 1249 AD in Mansoura and worked in the opposition against the French during the Seventh Crusade.

If you’re planning a trip, be sure to check out our top things to see and do in Egypt.