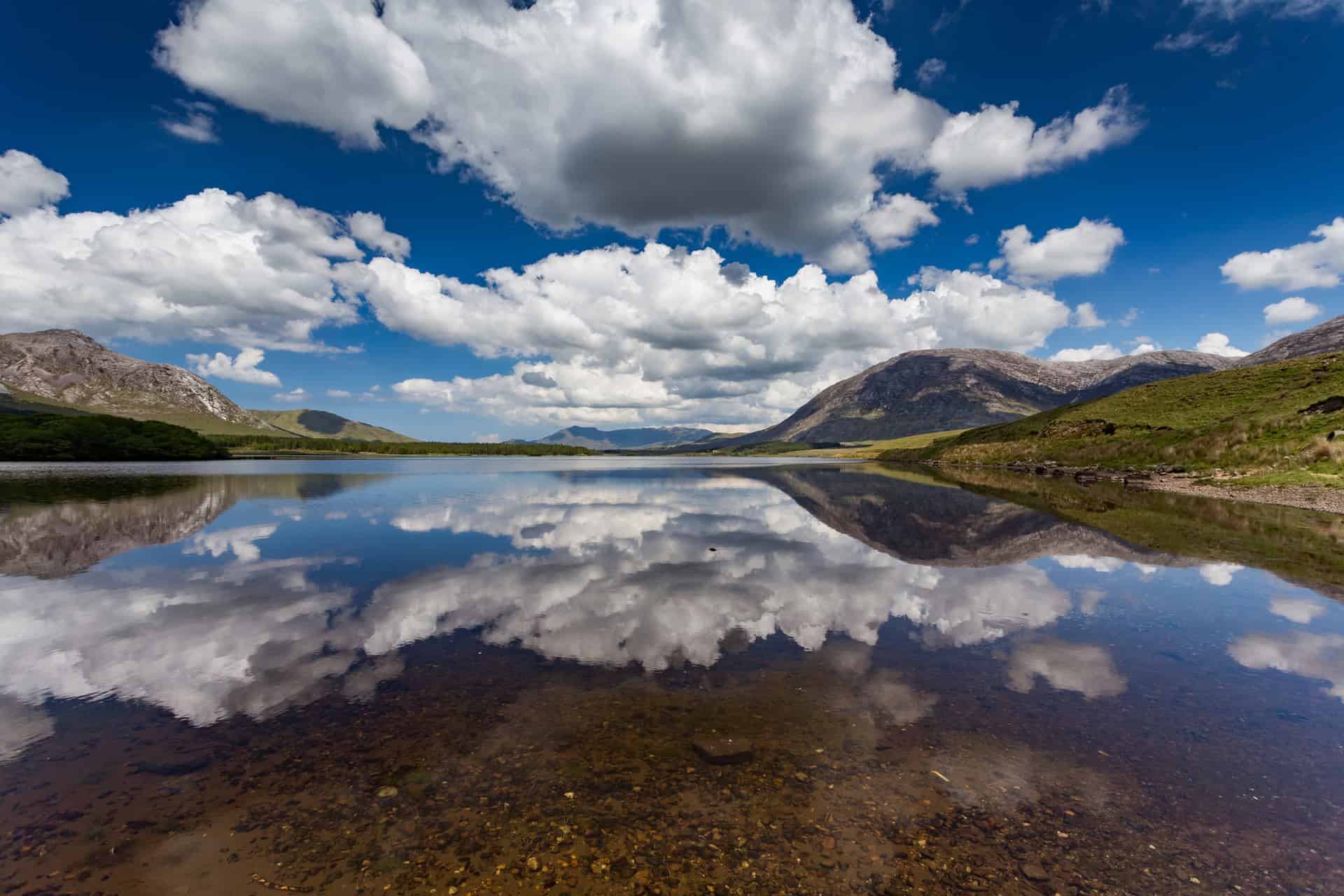 Connemara, Galway is the new destination to head for and this video is all about walking through the area, getting you introduced to the different shops and restaurants which are located there.  As well as checking out the great parks which are found here. We stayed in the beautiful Clifden town in Galway. Clifden is located in the centre of Connemara so its close to many attractions.  This area of Connemara consists of west Galway that is contained by Killary Harbour, Galway Bay, and the Atlantic Ocean.

Places to Visit in Connemara

While we were in Connemara we came across many interest attractions and places that we wanted to share with you. Such as the Connemara Heritage and History Centre found in Clifden. The Marconi Station where the Alcock and Brown landing site is also located. As well as the Clifden Castle and the Aughnanure Castle that are great places to explore.

You must check out this award-winning heritage centre that is situated just outside Clifden. Here you can explore the fascinating history of this beautiful part of Western Ireland. The centre offers lots for you to check out from ‘Connemara through the Ages’ presentation available in Irish and English. Guided tours are provided for groups where you’ll be taking through history and culture. A visit to the craft shop is a most that offer a huge variety of knitwear, jewellery, marble and much more. Also if you would like to relax and enjoy some food check out their restaurant located on site serving a range of teas, coffees and delicious cakes and scones.

Some background on this attraction ‘Guglielmo Marconi’ worked on wireless communications and transmission. He received a grant to build a  second station after he had managed to transmit wireless messages from a station in Cornwall to Newfoundland in 1901. After much difficulty providing commercially viable communication he decided to move his station as far west as he could which led him to Clifden.

This station was officially opened on the 17th of  October 1907 where he began trying to commercially signal between Clifden and Glace Bay. The station was a huge condensed powerhouse with a huge aerial system. That gave off sparks and could be heard from far away. Further down the line as newer technology advances were made, a better station was built in Wales. The Clifden building was then attached in July 1922 and was very damaged.  Although today parts of the station remain, the Clifden and Connemara Heritage society have made plans to develop the site as a tourist attraction. It’s really worth visiting and exploring more of its history.

Another great attraction for you to check out is the historic Clifden Castle. It was originally built in 1810 by John D’Arcy. He also once lived in this castle. The gothic style castle overlooks the beautiful Clifden bay. One of the castles main features is the standing stones which John D’Arcy included to mimic similar ones located in Ireland. You can walk through the remains of the castle which is a great feature to the Clifden town.

A second castle for you to check out in Oughterard, Galway is the Aughnanure Castle. It was first built in the 16th century by the powerful and well-known O’Flaherty family. It is one of out of 200 towers houses that are located around Galway. The castle is a great example of a well-maintained Irish tower that is deeply rooted in history. This attraction is not far from the shore of Lough Corrib and is also worth checking out on your travels. Just so you know there is a fee to enter the castle and opening times do vary so best to check online before visiting.

Another place which we visited was the beautiful Connemara National Park which offers many things to do. The park has a lot of history dating back to the 19th century and was used a lot for agriculture purposes. At the park, there are many indications of early human life as some 4,000-year-old tombs are located here. While we where here we took part in some great nature trails that the whole family enjoyed. You could also check out the interesting exhibitions around the Connemara landscape. As well as visiting the Connemara ponies which will be a hit with children. The park also has an information desk, picnic areas, a kid playground and much more.

On our trip, a lot of it was just driving around and stopping at different locations along the way. We were very impressed with the beautiful green everywhere and the natural beauty of the place. We highly recommend just getting out and walking around, exploring the interesting sites in Connemara.

What We Discovered About Connemara

There are lots of things which we discovered about Connemara on our trip. Such as the fact that it carries linguistics traditions as being one of the largest Gaeltacht (Irish-speaking) regions. This will be interesting for those who want to learn about language. it’s not easy though.

Tourists or visitors to this place – just like us – might not have that much time to learn a language. But they could enjoy listening to the way people speak. They will also get the chance to enjoy getting introduced to those different tastes in music and of course after passing by the cultural places and those historical destinations related to the touristic experience.

There are so many great things you can do in Connemara from visiting the beautiful beaches, get involved in water sports. As well as checking out interesting castles and much more. It’s the perfect place if you’re looking to get away from the chaos of city life and get more involved in local life.

Have you ever been to Connemara or anywhere in Galway? We would love to hear your experiences 🙂

Also, make sure you check out some of our other blog posts that might interest you: Clifden Dunguaire Castle in Kinvara, Kilkenny, Letterkenny, Grianan of Alieach, County Kerry

360 Degree Video of Narnia Trail in Rostrevor, Co Down