Best Things to do in Cologne for an Enjoyable Vacation 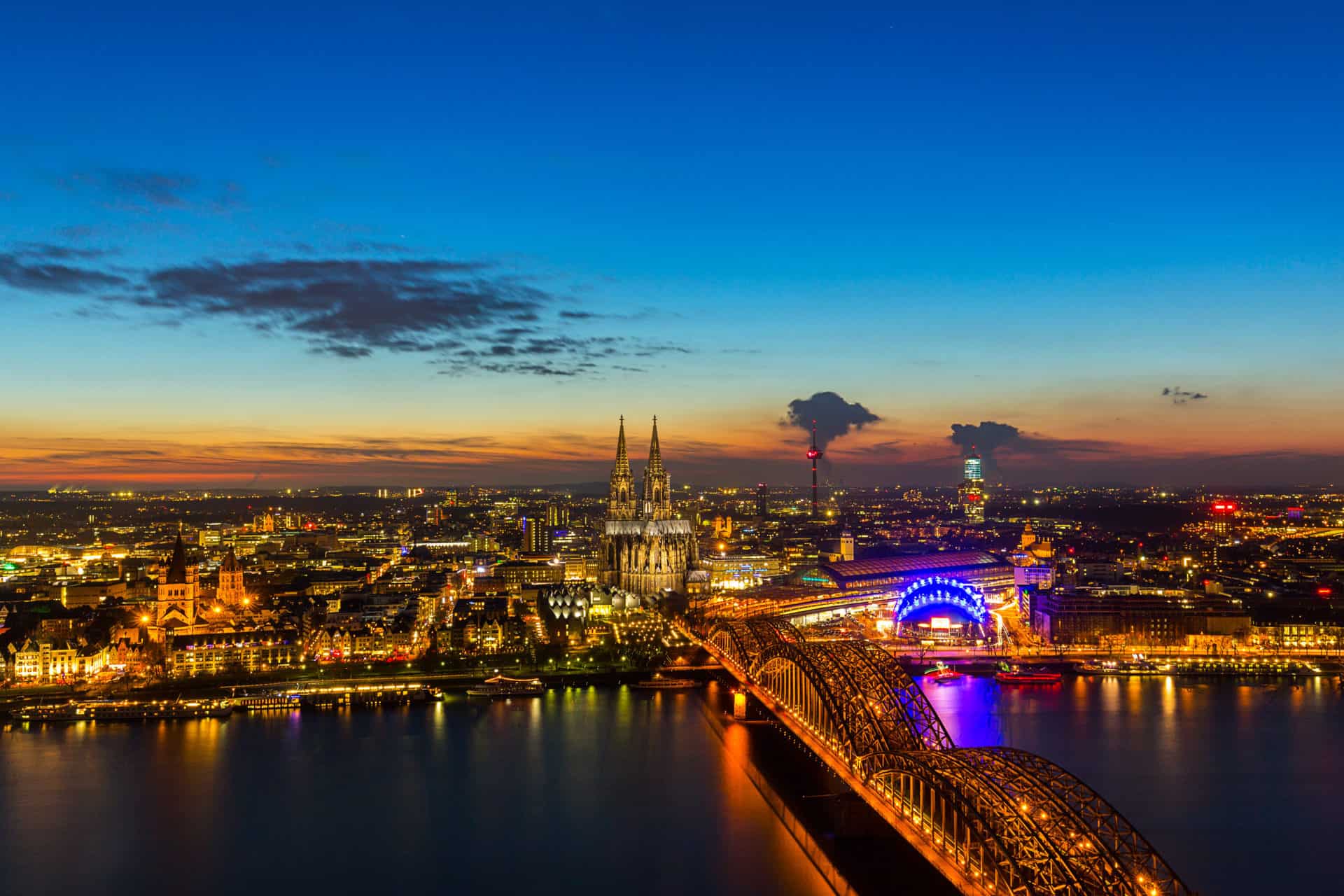 The city of Cologne is one of the most important German Minarets and it is located on the Rhine River between the city of Bonn and the city of Dusseldorf. It is the fourth largest city in Germany after Berlin, Hamburg, and Munich.

Cologne is well known to the Germans as the economic capital of Germany, where there are many institutions such as media and television. There are several archaeological monuments dating back to the Roman era and they are included in the UNESCO World Heritage List.

The city has a mixture of ancient and modern monuments, and one of the most important landmarks is the churches that are scattered in the city and the most famous one is Cologne Cathedral. Besides that, there are many universities and institutes, many publishing houses, and about 200 printing presses.

Things to do in Cologne

The city of Cologne is distinguished by its many important landmarks and it is one of the few cities that preserve its culture and architectural heritage. Many tourists from all over the world come to the city to enjoy the beauty of the city.

There are many things that you can do in the city, there are more than 100 art galleries and 30 museums, and Cologne is also famous for its places of entertainment and shopping and we will get to know more about the places to visit in the next line.

Among the famous monuments in Cologne is the great cathedral, which is one of the most famous buildings in Germany, and one of the largest cathedrals in Europe, the cathedral is included in the UNESCO World Heritage List.

When you enter the cathedral, you can see a large number of antiques and valuable art collectibles, and you can climb to the top of the cathedral and get a wonderful panoramic view of the city.

Hohenzollern Bridge is one of the famous tourist attractions in Cologne city. The bridge is located on the Rhine River, dates to the 20th century, and is restricted to rail and pedestrian traffic.

The bridge contains many hanging locks that couples and lovers put in place as an expression of their commitment to their vows among themselves, and names and dates of interest to them are engraved on those locks and then hung on the wall of the tower, and then the key is thrown into the river.

Cologne Zoo is considered one of the oldest zoological gardens in Germany, it was founded in 1860, and this park is a huge animal resort, to which thousands of visitors come from all over Germany.

The park contains nearly 9000 animals of different species. The park was divided into several sections, the first section including the large pond around which animals such as tigers, leopards, and crocodiles are spread, the second section dedicated to birds, snakes, elephants, and others. You can spend a great time in this amazing park.

The Cologne Chocolate Museum was built in 1972 by Hans Imhoff when he acquired the chocolate factory. There he found many materials, broken machinery, and other things that were used in making chocolate.

When you are in the museum, you will see nice collections of antique chocolate boxes, molds, wrappers, and many things related to chocolate. The lovely thing there is that you can design your own chocolate bar and take it home with you.

The old town in any city of the world is like the heart of the place, where everything beautiful you would like to see is located there, from churches and buildings and the Old Town of Cologne is one of these places that you would like to visit in the city.

The attractions that you can visit in the old town are Great St. Martin Church and besides that the buildings that are now cafes, restaurants, and shops. You can also have a walk on the paths located on the Rhine, where you will be able to see a wonderful view and also there are many monuments and fountains spread in the area.

The Roman-Germanic Museum is located near the Cologne Cathedral, it displays the archaeological heritage of the city from the Paleolithic period to the Middle Ages.

The museum displays many things like pottery, Roman glass, sculpture, and Roman-Germanic Jewelry. There were many things discovered in the city during excavations such as the monument of Policies from the 1st century and other things.

The Botanical Garden is located north of the city of Cologne, near the zoo and it covers 11.5 hectares and it was built in the 19th century. It contains more than 10000 species of plants, also there are many glass structures like the Main Greenhous and Small Tropical House, and you will see many beautiful and colorful flowers. There is a monument called Flora, that was renovated before and now stages concerts and events.

St. Gereon’s Basilica was built in the 12th century on an old 7th-century church, there you will see a dome 21 meters across and if you go closer you will see that its wall was built into Roman ruins below. The dome in the basilica is known as the largest one in the western world in the period between Hagia Sofia in Turkey and the Florence Cathedral.

A Boat Trip on the Rhine

When you visit Cologne don’t miss taking a boat trip on the Rhine, where you can see some of the beautiful city of Cologne attractions such as Hohenzollern Bridge, Cologne Cathedral, and the Old Town. Also, you can take a boat trip at night and see the city lights all around you. Also while you are on the boat you can explore the Rhine River and the beautiful villages on both riversides.

This beautiful street is one of the most popular tourist attractions among visitors to Cologne city, as it is distinguished by its splendor of engineering design with its diverse shops and charming restaurants that are incomparable, and you can spend a lot of enjoyable time walking on this street and acquiring a group of the most beautiful fashion with international brands.

Cologne Tower is considered one of the most important tourist places in Cologne, it is one of the high towers that characterize the city and is considered the second tallest of those towers.

The Cologne Tower is about 148 meters high and attracts many tourists to enjoy the wonderful views, in addition to the possibility of dining with the panoramic view from the restaurant located in the tower, which made it one of the most important places of tourism in Cologne.

Art lovers will love to visit the Wallraf Richartz Museum and the Ludwig Museum when in Cologne city, these museums cover a large collection of antiques and artworks by artists Rembrandt, Manet, Liebermann, and Salvogt. The two museums are located in one of the most modern architectural structures in the city.

At the museums, a picture gallery dating back to 1840 AD, and there is a section that displays artworks dating back to the 15th century in huge buildings that express artworks.

The Augustosberg and Falkenlust palaces date back to the 18th century for Archbishop Cologne and they are known for their impressive staircase hall and large park used for outdoor concerts and festivals. Falkenlust Palace shares the same park which was built in 1740 and it is an important part of this World Heritage site.

Cologne City Hall is considered the oldest public building in Germany and it is rich in history dating back more than 900 years. The building reflects several different architectural influences; they include the main building dating from the 14th century, the tower dating from the 15th century, and a Renaissance-style portico and cloister. It is a model of the life of the ruling class during the Middle Ages.

Cologne Cable Car is one of the most important landmarks in cologne, it was established in 1957, and it is the first cable car to cross the river in all of Europe. The cable car has carried more than 15 million passengers, you can easily reach it by public transportation, and we advise you to enjoy views and spend a great time and see Cologne from the cable car.