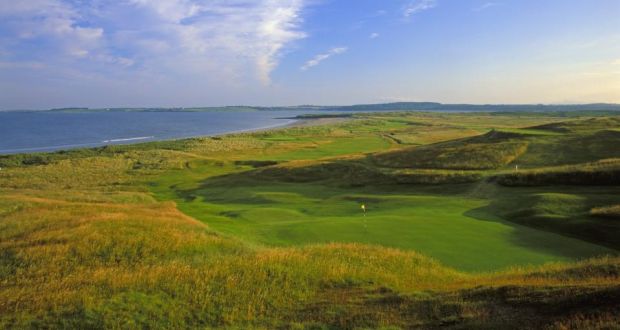 Many legendary Irish castles have their very own resident ghosts, and most of these ghost stories result from the tragic death of the person whose ghost now haunts said castle. The same applies to Classiebawn Castle, that is located near the village of Cliffoney, County Sligo, in the Republic of Ireland.

A Little History of Classiebawn Castle

Classiebawn Castle is a country house built for The 3rd Viscount Palmerston (1784–1865) on the Mullaghmore Peninsula in County Sligo. However, most of the original building has was expanded in the late 19th century.

The land on which Classiebawn Castle was built originally belonged to the O’Connor Sligo family, but it was confiscated by the English Parliament to compensate the people who were successful in putting down an Irish rebellion. The land was granted to Sir John Temple (1600-1677), Master of the Rolls in Ireland.

Later on, the property passed down to the 3rd Viscount Palmerston, who served as both British Prime Minister and British Foreign Secretary during the reign of Queen Victoria. Sadly, the house was not complete before his death in 1865, but in 1874 by his stepson and successor, The Rt. Hon. William Cowper-Temple, P.C., M.P. (later created The 1st Baron Mount Temple). Following the latter’s death, and since he was childless, the estate passed to his nephew, The Hon. Evelyn Ashley, second surviving son of The 7th Earl of Shaftesbury. In 1907, the estate passed to his only son, Wilfrid Ashley (later created Baron Mount Temple in a new creation).

Design and Architecture of Classiebawn Castle

Classiebawn Castle was designed in the Baronial style by Dublin-based architect J. Rawson Carrol. Interestingly, the Castle is constructed from a yellow-brown sandstone brought by sea from County Donegal. It consists of a gabled range with a central tower topped by a conical roofed turret.

Until 1948, the Castle was lit using oil lamps and candles. It was an arduous task to transport fresh water to the castle as well because it had to be carted by donkey a quarter of a mile uphill to the Castle from a spring well.

Another method was used by collecting rain water on the Castle roof which fed a large underground tank. However, it had to be pumped by a heavy hand wheel. There was only one old fashioned bath in the entire Castle.

Classiebawn Castle was used as a barracks for the Free State Army during the Irish Rebellion. They flew their flag there and protected the Castle from damage. In 1916, the castle was emptied of all furniture by Lord Mount Temple and remained as such until 1950. When the Irish Rebellion ended, the Castle was handed back intact to Lord Mount Temple who had been a popular landlord.

The Mountbattens and Connections to the Current Royal Family

In 1939, Classiebawn Castle was inherited by The Rt. Hon. Edwina, Countess Mountbatten of Burma, and her husband Admiral of the Fleet The 1st Earl Mountbatten of Burma, who made a number of improvements to the castle, including installing electricity and a main water supply. After the Countess’ death in February 1960, Lord Mountbatten, who was the last Viceroy of India, spent his summers at Classiebawn Castle until his tragic death when his boat was blown up by the IRA near the coast of Mullaghmore in August 1979.

It was Lord Mountbatten’s tragic death that spawned the haunting stories surrounding the castle, as his ship was blown up by the IRA in 1979. Legend has it that his ghost is still roaming the halls of the castle, unable to find peace as a result of his violent and sudden death.

It is also interesting to note that Lord Mountbatten was practically royalty. The deceased nobleman was actually Queen Victoria’s grandson, the Prince of Wales’s great uncle, and the last Viceroy of India and former Supreme Allied Commander during WWII. Queen Elizabeth alluded to the tragic incident during a royal visit she made to Ireland in 2011, as she said that the Troubles had “touched” the Royal family personally.

Four people had actually died in that tragic explosion that took the life of the Lord of the manor; Mountbatten, his grandson Nicholas, Lady Brabourne and Paul Maxwell.

The explosion was so massive that fragments and shattered wood flew everywhere and were picked up by fishermen for days afterwards. Gardai made an effort to collected these pieces and put them back together to try and discover exactly what had happened: the location of the bomb in the boat; how it was detonated; what kind of explosives were used. Fortunately, the fishermen who collected pieces of the boat while out on lobster fishing trips handed the fragments they found over. A helicopter hovered over the site for weeks and divers scoured the seabed looking for clues.

The explosion was widely reported all over the world and reporters from the international press and TV poured into the village. On the day of the tragic event (29 August, 1979), Hugh Tunney, the current owner of Classiebawn, claims that young Knatchbull asked his mother, Lady Pamela Mountbatten: ‘Why did they do this to Grandpapa?’ Her reply was: ‘Oh, they have their reasons son, they have their reasons.’

‘I have a place in Eire, Classiebawn Castle in County Sligo,’ Mountbatten told a gathering of the Empire Club of Canada in 1967, ‘and I and my family could not be treated with greater friendship by the Irish. My son-in-law’s grandmother was the Marchionness of Sligo who died not long ago at the age of 98. Shortly before the second election for which Mr. De Valera stood, Lady Sligo asked her head gardener: “Do you think Mr. De Valera will be re-elected?” He replied: “Of course he will, your Ladyship, after all it was the poor who got him elected last time, and there are many more poor now.’

To this day, it is believed that the bomb was triggered by a remote control device from the cliffs overlooking the bay. Thomas McMahon of Monaghan and Francie McGirl of Leitrim were tried for the murder and convicted in a non-jury court.

A reporter for the Belfast Telegraph visited the area and interviewed some of the locals ahead of a visit by Prince Charles to Classiebawn Castle back in 2015. Prince Charles would be the grand-nephew of the slain Lord Mountbatten.

The reporter spoke to an elderly man from the area who recalled the tragic events, “I remember it as though it were yesterday. The ambulances, the medical people, all the journalists. It seemed wrong that something so terrible could happen in a place as special as Mullaghmore. But it’s not something that people really talk about any more. I think we’ve done our talking and are just a bit fed up that for some, it’s all that’s ever mentioned, when they talk of Mullaghmore.”

A local historian, Joe McGowan, said, “Look out on the tranquil waters of the bay and it’s impossible to imagine that something so horrible could happen here. There was huge media interest at the time, but then that faded away and everything went back to normal.”

Today, Mullaghmore is mainly a holiday village mostly occupied by holiday homes for the wealthy. Their yachts throng the harbor that was built by Lord Palmerston in 1820. In the summer, holidaymakers crowd the village.

Despite its tragic past, Classiebawn continues to thrive as a tourist destination. Its sunny weather and sprawling gardens are perfect for photo ops, and the nearby hotels always welcome tourists from across the globe.