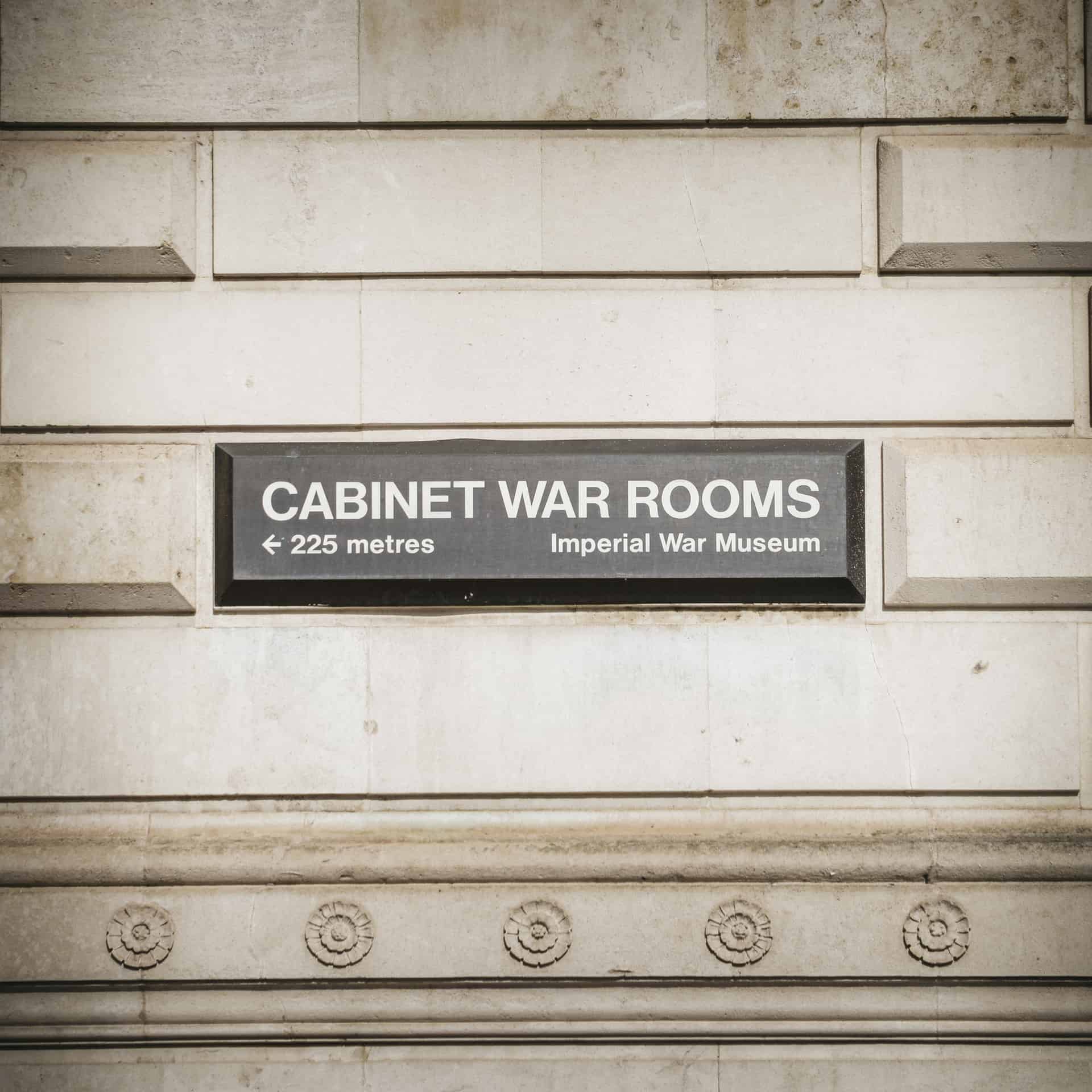 Not to Be Missed: Churchill War Rooms

Are you visiting London soon but still don’t know what to do there or where to go? Well, here is one thing you shouldn’t be missing when you visit London! Churchill War Rooms, a part of London’s Imperial War Museum. It is one of the most interesting places there yet sometimes is underrated. Visiting the museum, which is located underneath the streets of Westminster, is very recommended for its high historical value. That will not be a waste of time at all!

At the museum, you will get to unravel many secrets about the brilliance and courage of a very significant man in the history of Britain, Winston Churchill. In these underground rooms, the prime minister with the help of Britain’s great leaders made succeeded in making history by leading Britain towards a remarkable triumph in World War II. Moving around the rooms and hallways down there you will relive the experience and will introduce you to many interesting facts about the great man including his small private room where he hid from the German incursions.

With five branches around England, the Imperial War Museum is a significant British national museum. That dates back to dozens of years ago. The museum has three of the five branches in London including Churchill’s War room Museum. In 1917, the Imperial War Museum in England was created aiming to document the extraordinary hard work, struggles and bravery of Britain’s war men in both military and civil fields during World War I.

The Imperial War Museum London was initially located in the Crystal Palace and was available for public visits starting from 1920. Later on, the museum was moved many times. In 1924, it was moved to the Imperial institute located in South Kensington. Then in 1936 was moved again to the place where previously known as “Bethlem Royal Hospital” to take his final place.

With the eruption of World War II, a new expansion process took place at the museum to start documenting facts and saving the new collections regarding the war. Sadly, after the War, the Imperial museum started to get abandoned til it was renovated again in the 1960s to be officially called “The Imperial War Museum London”. Another expansion process took place in the 1970s when different branches of the museum were created in different sites.

Now, and starting from the year 2012, one of the museum’s objectives is  “to provide for, and to encourage, the study and understanding of the history of modern war and ‘wartime experience’.”

As previously mentioned, the Churchill War Rooms Museum is a part of the five-branch Imperial War Museum in London. The War Rooms encompass “The Cabinet War Rooms” which is an underground multiplex where the prime minister stayed during the World War, and the “The Churchill Museum” a museum featuring the life journey of Winston Churchill. 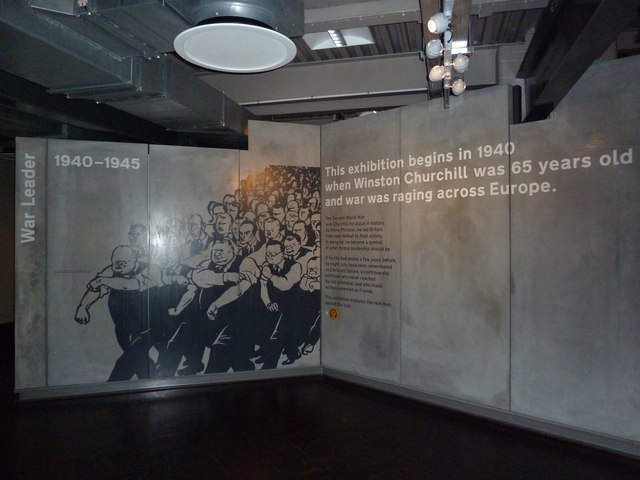 History of  the Churchill War Rooms

In 1938, the Cabinet War Rooms below were first built, right below the Treasury building in Westminster to be fully functioning by August 1939. Only a week after the rooms were up and running, Britain proclaimed the war on Germany. Since the declaration of the war and until the surrender of Japan in 1945, the War Rooms remained operational to serve the Second World War. By the year 1945, the underground rooms were abandoned.

Churchill War Rooms only started to be celebrated after the war and were under the responsibility of Ministry of works then the Department for the Environment. And by this time, citizens were only allowed to visit by prior appointment. By the beginnings of the 1980s, The Imperial War Museum London took the responsibility of the War Rooms to be opened publicly in 1984. In 2005, the Churchill Museum and the Cabinet War rooms were renovated, and by the year 2010 they were all called the “Churchill War Rooms”.

These rooms were the main spot Winston Churchill directed the Second World War. One of the rooms was the main spot for operations and was used as a place for facilities and mapping. The room was frequented by the Royal Air Force, British military and Royal Navy all day round where they use to give a day to day report for the King, the Prime Minister and the high ranking leaders in the military.

Another room was Sir Churchill’s Cabinet Room where important meetings were held. Total meetings that were held at the Cabinet reached 115 from the period between 1393 to 1945. In 1940 at the Cabinet Room, the Prime Minister Sir Winston Churchill announced the room will be his base during the war saying ” This is the room from which I will direct the war”.

At the Churchill Museum, you will live a one-of-a-kind experience. You will get to discover the mysteries and stories about the legendary man and his life. The museum is exhibiting plenty of Churchill’s original belongings including his cigar and his drawings. As well as a very significant exhibit taking a look at his complicated relationship with the Middle East. Moreover, visitors get the chance to listen to Sir Churchill’s remarkable wartime speeches that he once gave. As well as reading some of the letters he wrote to his wife Clementine.

One of the exhibits there is a 15-meter-long table which takes you on a journey around the most significant world events concerning Churchill’s life and actions. With so many pictures, videos, and documents for a complete experience bringing you closer to Sir Winston’s life journey.

This underground bunker constructed below the streets of Westminster holds lots of stories too. Dig deeper into the interesting facts and secrets about strategies and the military men who led Britain to one of its biggest victories in history.

Forget about the world outside and relive the life of these men. Moving around the rooms and hallways you will imagine how life looked like back then. And you will get closer to the lives of Winston Churchill and his close men. The more detailed the visit is the more complete and unique.

You shouldn’t be missing on checking out the Map Room, Churchill’s Bedroom and the different offices and resources used during the War. A very interesting item you will get to check out at the museum is the small “Transatlantic Telephone Room” that that was camouflaged as a personal toilet. The Prime Minister used the telephone room to contact the President of the United States during wartime.

So Much to Explore in This Museum

Fascinated yet?! There is a lot to explore in the museum. To get the best out of your visit, it’s recommended you give it at least 90 minutes. There is also a nice cafe at the museum. So 90 minutes for a tour around the underground rooms to explore the interesting facts, Along with some extra time if you wish to have a coffee break.

Perhaps dedicating a day to this experience is fair enough. The museum is usually crowded during weekends and school days, in case you’re not a big fan of crowded places avoid visiting the museum during these times. The best time slots to visit are from 9:30 am to 11:00 am or from 4 pm to 5 pm. So, bare these tips in minds and get ready for your next adventure at the Churchill War Museum!

Have you ever visited the Churchill War Rooms? We would love to hear any experiences you may have!

BFI (British Film Institute ) Shop - Things to do in London