Castle Ward: A Place with a Remarkable History 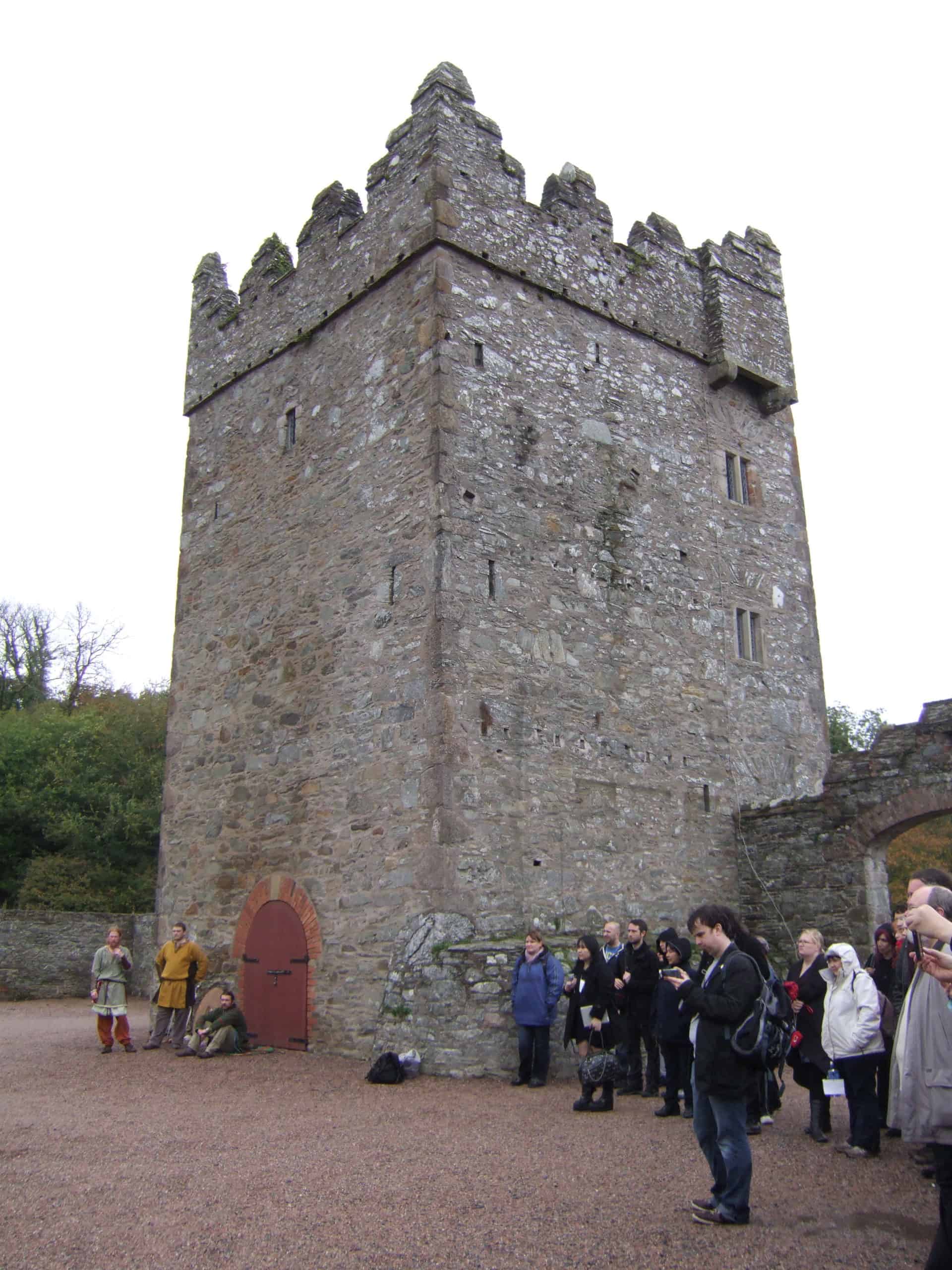 One of the main features that entice people to visit Ireland is the many historic castles that are found here, and Castle Ward is one that doesn’t fail to impress. It is a unique 18th century castle located in the friendly village of Strangford in County Down, Northern Ireland. Set within 820 acres of walled demesne that looks over the peaceful waters of Strangford Lough.

The castle is most notable for its mixture of architectural styles and its strong history. It has been kept in great condition due to being owned by the National Trust, who spend a lot of time and money into preserving some of Northern best heritage sites. Castle Ward has gained a lot of popularity in recent years due to appearing in the highly acclaimed television series Game of Thrones.

History of the Castle Ward

Since 1570 the castle has been the home to the ward family. Castle Ward was originally owned by the Earls of Kildare and known as ‘Carrick Na Sheannagh’. Then taken over by Bernard Ward whose father, Sir Roberts was the Surveyor-General of Ireland.

The Unique Style of Castle Ward

A unique and unusual feature of the castle is that is was built with two different decorative styles. The reason for this was because Bernard Ward and his Wife Ann had two very different tastes. Bernard was a fan of the classical Palladian Style and his wife favourited the elaborate Gothic style, so to get the best of both worlds they split the house down the middle.

The different styles are not only evident throughout the stonework but even the interior design. On one side of the castle, you will uncover a simple classical decoration, but the other side is more over the top and detailed with ornate panelling and ceilings. Something you need to see in person to experience its incredible details.

Besides the castle itself, there are two other distinctive features within the landscape an 18th century Temple Water and 19th Century Windsor Garden.

The Temple Water is one of the hidden gems located at the estate which the National Trust is embarking on an ambitious refurbishment. It is a remarkable man-made landscape that was designed by the ward family. The Temple Water Canal covers two hectares of land and provides a source of water for the mills.

It is thought to be an important 17th/18th-century garden to have survived in Ireland. Features planned in the new restoration include bringing back the original pathways that will offer a beautiful route around the Temple with incredible viewing points for visitors.

The Windsor Garden now known as the Sunken Garden has also been restored to its Victorian style and features. When it was first designed it was a formal terraced garden with detailed bedding design between walk-way paths. Over time the garden’s look was dramatically changed with the beds being replaced with rolling lawns and a huge statue of Neptune that took away from the beauty of the flowers.

“The garden was no longer recognisable as one of the greatest gardens in Ireland, however, thanks to the support of gifts in wills, donors and the Ulster Garden Scheme, we have embarked on a £37,500 project to elevate the presentation of the Sunken Garden and revive the Victorian passion for plant collections and colour.” – Head Gardener, Andy Dainty (Source National Trust)

Head Gardner Andy worked with locals and foreign garden volunteers to bring the garden back to its original beauty and elegance that would excite visitors both old and new.

The Castle includes an amazing collection of items that are very interesting such as examples of 18th and 19thcentury family portraits.  Artist Ashford and Fisher offer impressive paintings of the Castle Ward landscape during its 18th-century setting. There is a brilliant Irish house book collection which remains in the Ward family Library. Books within this collection date all the way back to the Plantation of Ards Peninsula in 1607.

Unless you’re a fan of the HBO Series Game of Thrones (GOT) you might not know that Castle Ward was used as a filming location in the successful show. The historic Farmyard at Castle Ward is the location of Winterfell, the area in which the show was set for much of its first season. A lot of key scenes within GOT were filmed here, so taking a trip to the Castle is like stepping into your favourite series.

The production of Game of Thrones spent around 8 weeks building the Winterfell set. Hundreds of actors and crew work on the filming of the show while it was here. Games of Thrones has been a huge part in creating a lot of Tourism in Northern Ireland.

Whether you’re a fan of the show or not check out the Game of Thrones Experience with Clearsky Adventures at Castle Ward. They have built a replica of the Winterfell Archery Range in the exact same spot where filming took place. This is your opportunity to dress up as your favourite character from the show and stand where they did.

A Trip to Castle Ward offers Something for Everyone

To uncover the full history of the Castle Ward and its spectacular architecture you need to go a guided tour. There is so much beauty, history and heritage to be uncovered. You can enjoy the walking and cycling trails along the Lough. Explore the woodlands and spot some friendly animals or even enjoy some delicious treats at the tea room and browse the gift shop. And of course, a must stop for all you Game of Thrones Fans out there.

Other Northern Ireland attractions worth checking out:

County Mayo: The Perfect Blend of History, Culture and Fun