4 Best Things To Do In Billund, Denmark 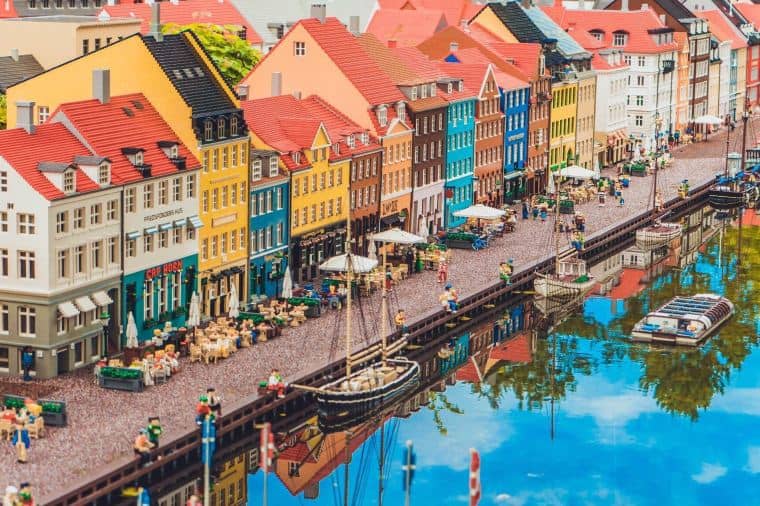 Forget Copenhagen, get Aarhus out of your head, say hello to Billund……the new hidden gem of Denmark! Billund is located in central Denmark, and it has the second-largest airport in the country and dozens of activities to offer to visitors.

In Billund, you will find fun things to do for children of all ages and adults as well. In addition to the city’s famous amusement park Legoland, you will have the opportunity to visit some other interesting places like the largest water park in Scandinavia, Lalandia Waterpark.

If you are the animal lover kind-of-person, you will be thrilled to enjoy watching lions, giraffes, elephants, rhinoceroses, and other animals roam freely in the Givskud Safari Park, where you will be able to move around the paths of the park by bus or car, looking at the inhabitants.

While at Lego House, you’ll find yourself inside a real Lego house, with 25 million Lego cubes ready for you to play and experiment. See? Too much fun to have in Billund; the city has something for everyone.

Making sure you have the best time in the city, here are our recommendations of the best places to visit and activities to do in Billund.

Billund is a modest town with a great story to tell: it is the birthplace of LEGO and has the original LEGO factory and the Legoland complex. Thanks to the city’s famous Legoland Park, AKA Legoland Billund Resort, the city is a paradise for all AFOL (adult fans of Lego).

Legoland Park, where almost everything is created from colorful LEGO bricks, attracts families with children from all over the world, and after going to the park, it is easy to see why the park deserves the trip.

Legoland Park is the first Legoland in the world; this attraction has been going strong for nearly half a century and is the most visited place in Denmark.

Miniland is where the monuments and cityscapes of Denmark and the world have been built on a 1:20 LEGO scale. The Statue of Liberty, the Acropolis and the Egyptian Abu Simbel temples are all here, as well as the Nyhaven district in Copenhagen.

You will find miniature cars that move quickly through the streets of the park, ferries fidgetily maneuver in the port, and an airliner taxi to the runway.

Duplo Land is a haven for the youngest visitors, with their favorite Lego Duplo toys scaled up 15 times larger! Children will find playful houses (farm, police station, hospital) waiting for them here. A ride on a Duplo train and a “flight” in a Duplo airplane are sure to leave a lasting impression on your child!

Pirate Land has everything a little pirate could dream of; treasure hunts, pirate sword fights and sea battles. At the same time, Imagination Zone is a world of underwater fun and travel in 4D.

As for Legogredo Town, this is a corner of the Wild West where cowboys, gold diggers and Indians play with children, and Knight’s Kingdom is a world of knights and princesses.

In a huge castle from the Middle Ages, built of Lego, children will meet knights and Vikings and ride a dragon. Adventure Land is designed for thrill-seekers. You will ride breathtaking rides from the fun water to the roller coaster and cable car.

In 2012 a new area of the park was opened, which is the Polar Land; this is where navigating the slides between icebergs, through ice and snow, takes you to a frozen lake. The lake ice cracks, and … 5 meters of freefall will end in … a polar bear den!

In 2018, Legoland Park in Denmark celebrated its 50th anniversary and opened the Wild West area for the occasion. So put on your cowboy hat because the Legoredo® Town Wild West region is about to get even wilder!

Finally, the newest addition to the park was in 2021, with the LEGO Movie World. This is where you and the children can enjoy three new thrilling rides, including the first flying theater ride in Scandinavia.

The expansion was inspired by the Lego movies, which is evident in every corner of the area; you will feel like you stepped into the Lego Movie World! Legoland Park Billund is like no other, and it is definitely worth the trip!

Givskud Zoo is one of the most popular zoos in Denmark. It is more like a safari park than a traditional zoo. There are no iron fences and deep moats here. In Givskud Zoo, you will be part of the animal world and touch nature, see zebras, giraffes and many other animals walking freely in the park.

Givskud Safari Park was opened in 1969 and was the first Danish safari park in which lions could roam freely. Currently, Givskud Park is home to over 120 species of wild animals from five continents. This is one of the best places to explore and preserve many species of rare and endangered animals.

In Givskud Zoo, you are guaranteed an unforgettable experience, as if you were in Africa! Here, you can not only see a variety of animals but also make a trip to your own car through the Safari Park and observe free walking lions, antelopes, giraffes, elephants, rhinoceroses, and other animals.

You can also visit the jungle, see a real waterfall and hear the sounds of African nature. You can move around the territory of Givskud Park in your own car, by safari bus with a guide, or you can order a VIP safari (with a personal guide).

Lalandia Waterpark is the largest water park in Scandinavia (10,000 square meters) and a real tropical world. The center of the water park is illuminated through a vast glass dome, under which is a huge water park with pools, rides, slides and canyons.

Around the play island runs the “Lazy River,” where you can float on a water mattress, allowing the current to set the speed. Inside the water park, the air is constantly kept at 30° C and the water at 28° C. At the Lalandia Waterpark, you can relax in the Wave Pool, rocking on the waves in a giant rubber circle.

In the Blue Cave, you can swim almost side by side with tropical fish. In the Active pool, you can try “walking on water,” play with dolphins or join a game of water basketball. For the youngest members of the family, there are three pools with warm water and small slides.

Three more pools are for the older visitors with various water attractions for all ages, a jacuzzi, as well as aqua-town, where you can do a lot of spinning, switching on and off splashing machines of different sizes. For wellness enthusiasts, the park has two saunas, one of which is a bio sauna.

There is a huge partially covered spa pool that allows you to relax in hot water outdoors, even in the winter. The spa pool can accommodate up to 70 people.

There are several saunas on the grounds of the water park, where trained staff conducts a session of aromatherapy twice a day by pouring water on stones with oils and magically showering everyone present with heat with a single stroke of a towel.

In Lalandia, you will find not only the huge swimming pool Lalandia Aquadome but also a gym with seating for 600 spectators, bowling, mini-golf, a large playground for children Monky Tonky, great restaurants and stores – and everywhere you can experience the exotic atmosphere of the Mediterranean.

A feeling of relaxation and tranquility after visiting Lalandia is a sure thing!

Have you ever wondered what it would be like to be inside an actual Lego house? Well, who hasn’t! And that’s why the creators of the project came up with a dream come true for lego fans from all over the world. We present you, LEGO House!

LEGO House is a house for games and experiments. The area of the house is 12 000 m2, and the house is filled with 25 million Lego cubes! Today LEGO House attracts many tourists of all ages and is one of the most popular attractions in Southern Denmark.

With its parks and Lego-related attractions, it is easy to see why Billund is such a great small city where you can enjoy a nice short vacation with your family that you will all remember forever!

Top Things To Do In Limousin: The Home Of Unspoiled Natural Beauty