6 Best Things To Do In Nantes: Western France’s Crown Jewel! 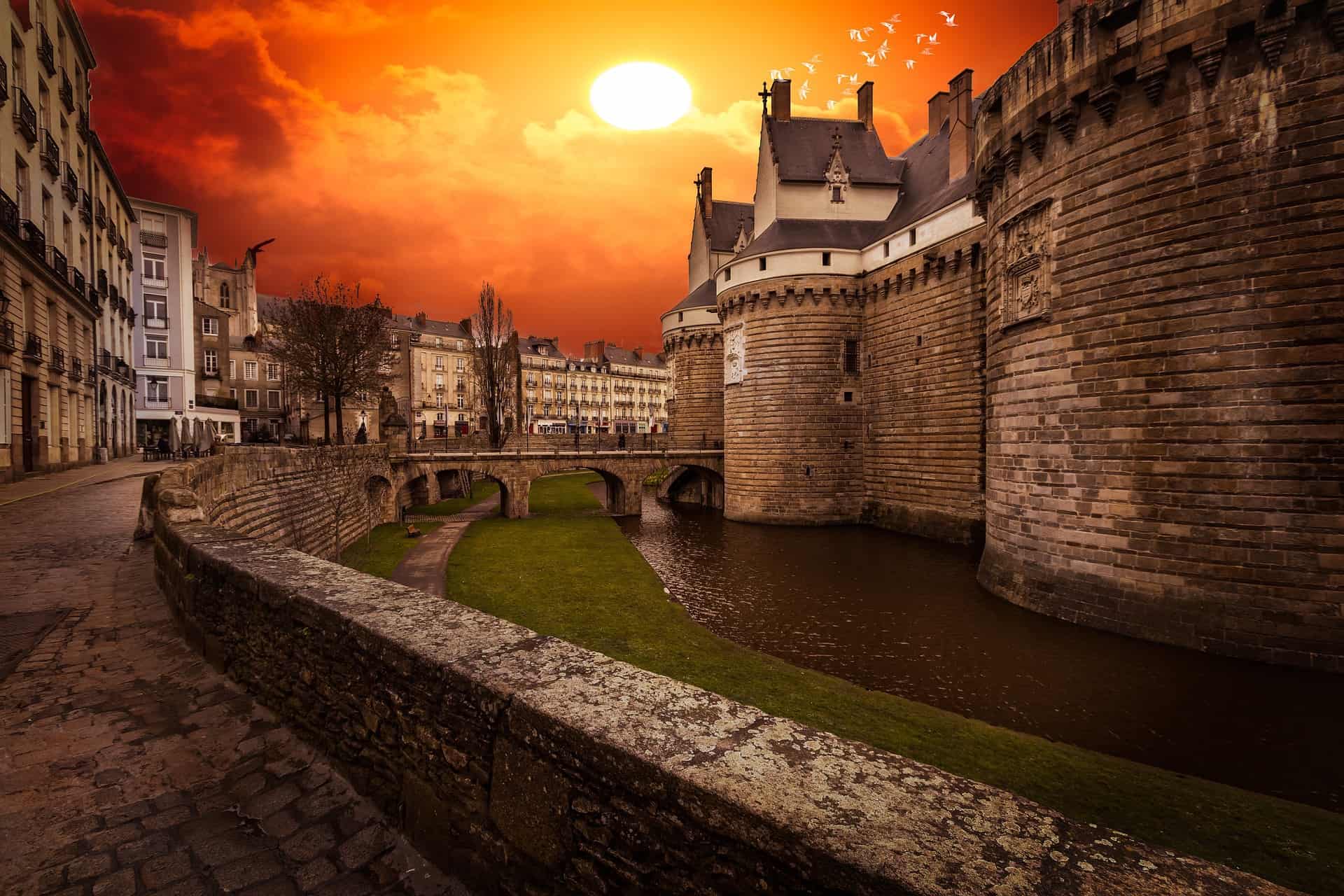 Set in the Loire-Atlantique department, Nantes is a prosperous medieval commercial port, and it used to be the capital of Brittany, France’s northwesternmost region. From your first step into the city, you will be immersed in its rich past, as walking through the cobblestone streets of Nantes’ old town will take you on a journey to a past time.

However, make no mistake, this is not a city full of old locations only; Nantes is a thriving contemporary metropolis with a flourishing industrial sector and a sizable student population. A spectacular opera theatre, great restaurants, bustling cafés, and lively squares make up the city’s vibrant social life.

Brimming with so many activities to do and places to visit, here is a list of the best things to do while you are in Nantes.

The bewitching, striking Gothic cathedral is listed as a historical monument by the French Ministry of Culture. The Roman Catholic, white-stoned facade is 37.5 meters, making it taller than the Notre-Dame Cathedral in Paris.

Besides taking some seriously gorgeous photos while there, you have to stop by the French masterpiece tomb of François II and Marguerite de Foix inside the cathedral. You also can’t miss the 11th-century Romanesque crypt, which presents an exhibition of the cathedral’s history, and don’t forget the excellent pipe organ as well.

From Monday to Saturday from 8:30 am until 6 pm (and until 7 pm in summer) and on Sundays from 2 pm to 6 pm, the cathedral is open to the public, and there is a mass that gets held on Sundays and holidays at 10 am and 7 pm.

After taking your tour of the cathedral, we recommend going for a pleasant stroll in the nearby Parc de la Psallette, which is a lovely verdant courtyard with a view of the whole cathedral. Visiting the cathedral is definitely one of the top things to do in Nantes.

Château des Ducs de Bretagne (The Castle of the Dukes of Brittany) is another historical monument by the French Ministry of Culture that Francois II founded. The castle is located in the eastern part of the old town, and it used to be the center of the last province of Brittany. The well-known Dukes of Brittany used to stay at the castle between the 13th and 16th centuries.

The castle is one of the most important attractions of Nantes, and it would be a shame to make it to the city and not visit the castle. After taking a tour from the outside to admire the impressive building, step inside to enjoy the beauty that it the Musee d’Histoire de Nantes (Museum of History), which rests inside the castle’s Flamboyant Gothic halls.

Inside the Musee d’Histoire de Nantes, you will be introduced to the history of Nantes from its inception to the present day. The museum presents chronological and thematic exhibits about the city’s evolution and how it turned from slave trading to being an industrial port at times.

After enjoying your time at the museum, we recommend going for a nice meal at the castle’s café-restaurant, which serves regional specialties. Make sure to stop by the bookstore/gift shop to get some good souvenirs to remember your trip; you can get notebooks, watercolor art, and candies.

If we have to choose only one thing to do while visiting Nantes, it would absolutely be going to see the spectacular Les Machines de l’Île (The Machines of the Isle of Nantes). The dreamlike Les Machines de l’Île is like nothing you have ever seen before; this unique amusement park is positioned on the banks of the Loire River.

After spending a few moments taking the convivial ambiance of the place all in, we recommend starting with the elephant in the room… No bun intended here! One of the most distinguished machines inside the park is the Grand Éléphant, which is 12 meters tall, and it carries 52 passengers on its back for a half-hour walking journey. Trust us; this is going to be one of the most exhilarating experiences you will ever have!

You haven’t really ridden a carousel until you have tried The Carrousel des Mondes Marins. This is THE best carousel you will ever ride in your life. The gigantic three-level structure carousel will take you on an extraordinary tour into this brilliant mechanical aquarium. The magic of this carousel includes every bit of it, even the seats that feature sculptures of marine creatures, fish, seashells, and sailboats.

Paying a visit to the Machines of the Isle of Nantes is one of the best things to do while in Nantes. Full of fun and adventure, this is a treat for adults and children alike.

Bouffay is the oldest district in Nantes, and the district doesn’t fail to impress with its beauty and old-world charm. Full of cobblestone streets and cute half-timbered houses, the Bouffay district is a must-visit for any comer to Nantes.

After taking a stroll in the district, we recommend going to visit the Place du Bouffay. Take some good photos of the architectural masterpiece and then head to the retail shops in the palace’s square.

Make sure to finish your visit with a meal or a drink at one of the many restaurants in there which are serving authentic crêperies. In case you are not a fan of crêperies, then we suggest trying one of the trendy restaurants with ethnic cuisine like Japanese, Chinese, and Indian.

Did you know that the famous novel Around the World in Eighty Days is actually French? Well, it is! Its original French name is Le Tour du Monde en Quatre-Vingts Jours, and it was written by the renowned author Jules Verne. Jules was born in Nantes in 1828, and the Jules Verne Museum is dedicated to his work.

The museum is located inside a 19th-century bourgeoisie mansion that sits on a hillside looking over the Loire River. After snapping some good photos with the museum as the background, go inside for a journey into the history of Verne, where you will see multimedia presentations, books, autographed manuscripts, posters, and objects from the author’s daily life.

The museum is open to the public Wednesday through Monday from 2 pm to 6 pm and closed on Tuesdays. On Saturdays, the museum is also available in the morning from 10 am to 12 pm in addition to the afternoon hours.

Well, this is a tricky one! Nantes is located at the meeting point between Brittany and the Loire Valley, and its location has affected its cuisine resulting in unusual fusion. However, one of the most certain things about Nantes is that you will eat some delicious seafood and fish for sure.

We highly recommend dishes like Mussels, crabs, lobster, mullet king prawns, and seabass. A must-have while there are the oysters…. They are the best! They are even better when you have them with a light Muscadet that gets produced in the countryside outside Nantes. The perfect end to your good meal would be to have some tasty Gâteau Nantais; this is a rum soft pound cake.

Whether its museums, Les Machines de l’Île, or old-world charm, Nantes is full of amazing things to do for you and your children. It would be a shame not to have it on your bucket list. After an amazing break in Nantes – why not consider the city of Nice? We detail some incredible things to do across France in this travel post. Or consider a stop off in Brittany. No matter what you decided there is plenty to do, experience and drive enjoyment to any holiday.

Best Things To Do In Mumbai: The City Of Dreams & So Much More

The Magnificent Temple of Olympian Zeus in Athens