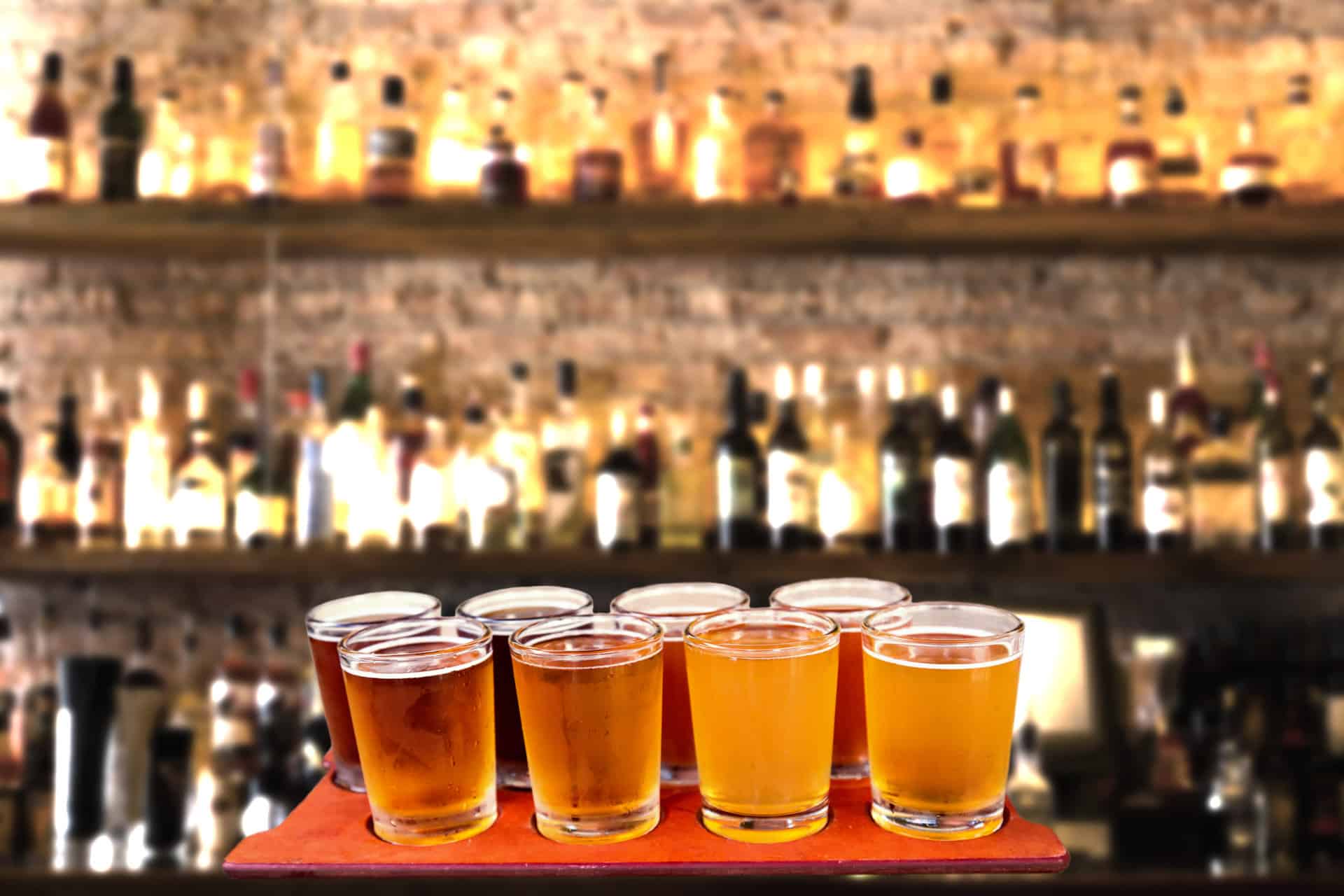 Starting with Hilden brewery in the 1980’s Northern Ireland’s craft beer scene has only grown, and so with it craft beer in Belfast. With names you may know such as Bells, Whitewater, Boundary, and Bullhouse or maybe you are yet to discover. Everyone knows that Belfast is bursting with top quality bars and so many now serve a few craft beers on the menu but which bars are best to give you a good selection of craft beer? If you are looking for news of all things craft beer in Northern Ireland you can check out the twitter page Northern Ireland Craft Beer Places or read on to find out which pubs in Belfast are the place to be.

What is Craft Beer?

Craft beer is quite a vague term, meaning any beer that is brewed with traditional methods, usually by in smaller batches and with an eye for quality and taste. Therefore, craft beer can include lager, stout, ale, IPA’s, BPA’s and more.

What is the average price of a craft beer?

On average for a pint of craft beer in Belfast you can expect to pay between £5 and £7. You can also get smaller measures such as a third of a pint, two thirds, or a half if you want to save room for more. Flights of smaller measures are also available in a few Belfast bars to let you get a real tour of their offerings.

Themed after a prohibition speakeasy Bootleggers is a great place to lie low with a pint. On top of their fantastic food offerings Bootleggers offer craft beers in pints, tins, and bottles. They have offerings from Northern Ireland as well as places around the globe. We have a whole article on this quirky Belfast spot if you want to know more.

If you would like to drink some craft ale right where its made you should check out the Boundary Brewing Taphouse. Theirs is the first taphouse in the country and is definitely worth a visit. Boundary brewing offer a wide range of beers in beautifully designed packaging. Their cans which are decorated with painted artworks contain a different art all together as they discover and make new and exciting beers. If you want some to take home they also sell their beers online and in their taphouse.

Bullhouse are a craft beer company built on community and sustainability. They advocate for local causes such as Stormont’s new licensing bill which helps alcohol producers in Northern Ireland. Using local ingredients, environmentally friendly methods, and a large quantity of Irish grown malt they bring interesting styles of beer you won’t see anywhere else. Bullhouse have an onsite taproom in East Belfast called Bullhouse East where you can sit and enjoy a pint of their delicious creations. Want to take it home with you? Their in house off-license will cater to all your carry out needs.

Situated in the beautiful Merchant hotel the Cloth Ear is a upscale bar with Victorian style and a seasonal selection of food. The Cloth Ear have their own house IPA, appropriately named The Cloth Ear IPA, and their craft beer menu changes regularly taking time to showcase the selection offered by a Northern Ireland brewery.

The comfortable pub vibe at the Errigle inn as well as its plentiful outdoor seating makes it a great place to enjoy some craft beer. The Errigle offers craft beer on tap, from cask, in bottles and in tins giving a good range of options to try out. They also offer draught craft beers canned through their ‘Canister’ cans, these can be bought at the bar or purchased to take home from their off-license.

Whether you are in the main bar, the secret garden, or the gypsy lounge Filthy McNasty’s will save you a seat and pour you a pint. Home to live music, great atmosphere and some interesting chairs you will surely enjoy your time in this quirky bar. They have craft beer offerings on tap, in bottles, and in tins with drinks promotions and weekly specials to keep you coming back.

If you are looking for a bar with an upscale industrial aesthetic which is as perfect for Instagram as it is for drinks and food you could do worse than a trip to The National. Serving Belfast classics such as Maggie’s Leap on tap and various other craft beers in bottle or tin. The National also offers a beautiful beer garden if you happen to catch some good weather in Belfast (which is admittedly less likely than finding a good craft pint).

Looking for a big range of craft beers? This is your place as they have 20 beers on tap at any given time, all craft, all the time. Owned by the Galway Bay Brewery this industrial style bar is filled with character as well as great food and drink. Get your hands on all the Galway Bay Brewery classics as well as other craft beers, ales, and lagers from Northern Ireland and beyond. Check out their social media to see what is newest on tap, or even if they have limited time stock.

This cosy and plush cocktail den in the centre of Belfast also hosts a great selection of craft beers. Choose your bottle or tin and relax on velvet sofas, by a roaring fire, or in a high backed arm chair.

The iconic Sunflower public house is proud to serve the best of local craft beers, ales, and ciders. The Sunflower is the perfect place for some friendly atmosphere and even some great live music. They offer some interesting craft concoctions such as ‘Beerocca’ a multi-vitamin IPA inspired by the effervescent drink Berocca. Their Instagram page is a great place to spot new craft beers being sold there, you may even secure a limited edition beer sold there.

Just one part of the tableau of areas that make up Lavery’s Bar, The Woodworkers is an industrial craft beer bar with screens filled with tasty beverages. You can pick a pint or third of a pint from their shifting menu of craft beers and ciders. Alternatively pick up a flight board of between four and ten beers of your choice. The knowledgeable staff will also let you try before you buy if you do opt for a pint, so you can be sure you’ll love your choice. Once you’ve got a round of pints in you can enjoy some food, music, and board games or head upstairs to the Pool Room for a game or two.

Where to buy craft beer to take home?

All these bars are lovely but what if you want something a bit different like a night at home with a takeaway and a carry out? Well, Belfast also has some great off-licenses which will help you with that, some of the bars mentioned in the list will also sell you a can or two.

The Vineyard is a great place to start when looking for a large craft beer selection as well as any other beer, wine, or spirit that you may want. They will even deliver it to your door. Their prices for cans and bottles range from £1.20 to £12.00, meaning there’s a beer for every budget. They also sell boxes incase you find a favorite. Check out their online store to have a look at their interesting range.

The Crafty Vintner has a main focus of wine, with wine dispensing machines in their store, however they also offer a great selection of craft beer which can be bought through click & collect, online, or in person. They also have their own tasting rooms where you can relax and try some craft beers along with food.

What is your favorite place to find craft beer in Belfast? Which do you is the best Northern Ireland brewery? Let us know in the comments below!