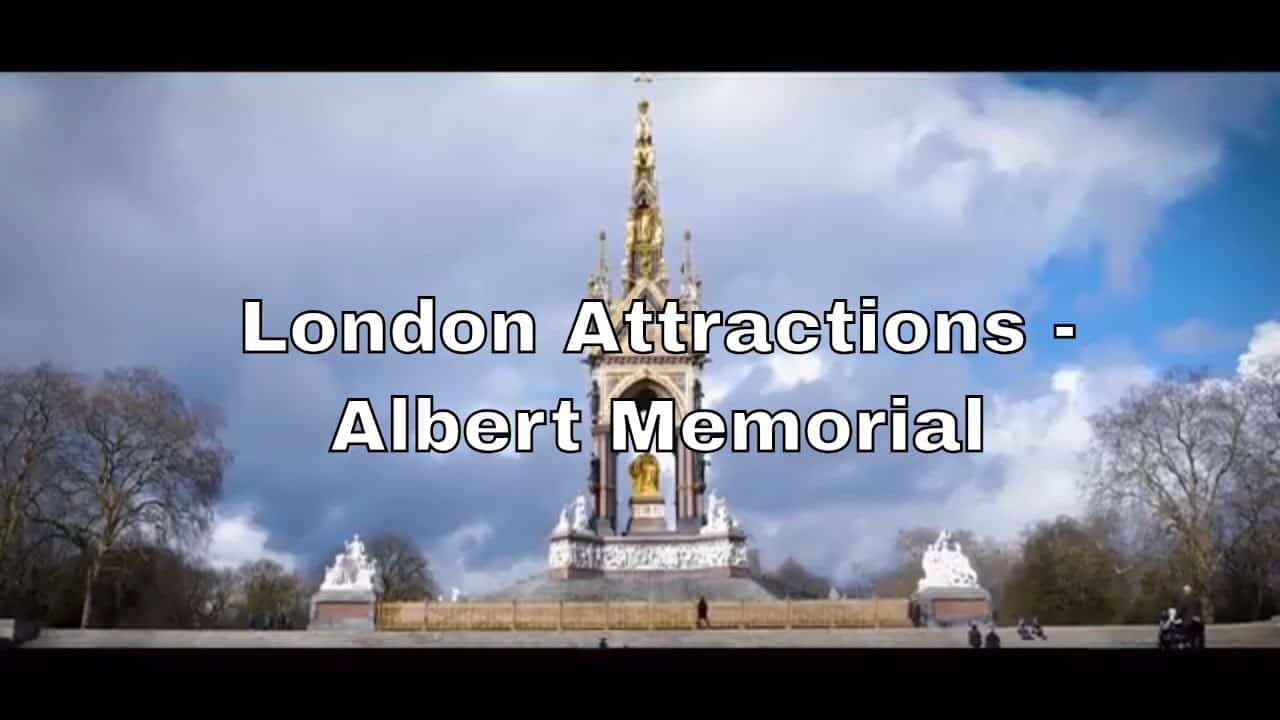 If you are planning a trip to London soon, we recommend taking a trip to see the Albert Memorial in Kensington Gardens. It was commissioned by Queen Victoria in honour of the passing of her beloved husband, Prince Albert; He died of Typhoid Fever at the young age on 42.

Visitors to London’s beautiful Hyde Park are in for a real treat when it comes to the range of impressive and unique attractions that this green and airy outdoor space has to offer. The Albert Memorial is perhaps one of the most impressive of these attractions, with its intricately carved and crafted facade depicting a host of classical figures from art, literature, poetry, engineering and all manner of cultural pursuits.

Officially termed the Prince Consort National Memorial, its location is almost suitable and perfect, in what has been popularly termed “Albertopolis“. The Memorial lies within a cluster of the museums in Kensington which remain Prince Albert’s greatest legacy to Britain: the Science Museum, the Natural History Museum, the Royal Albert Hall — built with the proceeds of the Great Exhibition of 1851 — and of course, the Victoria and Albert Museum.

Albert, Queen Victoria’s German-born husband (and first cousin), was a passionate supporter of the arts who navigated Britain from one impressive triumph to another. However, when he died suddenly of typhoid — Although it is claimed it was Crohn’s disease, not typhoid — in 1861 at age 42, the devastated Queen abruptly withdrew from the merriment and remained in mourning until her death in 1901, shaping the Victorian mentality. She arranged for this astounding spire—part bombast, part elegy—to be erected in 1872 opposite the concert hall he spearheaded. Some of its nearly 200 figures represent the continents and the sciences, and some, higher up, represent angels and virtues. It’s Victorian high-mindedness in stone. At the centre, as if on an altar, is Albert himself, gleaming in gold.

Provenance of The Memorial

When Prince Albert died unexpectedly, Queen Victoria was grief-stricken. Therefore, she began a huge effort to memorialise and commemorate her husband in any way possible. The Albert Memorial is a visual explanation of how Queen Victoria saw her husband.

The novelist Charles Dickens actually commented to his friend John Leech in a letter: ‘If you should meet an accessible cave anywhere in the neighbourhood, to which a hermit could retire from the memory of Prince Albert and testimonials to the same, pray let me know it.’ This is where the Brits come to the Albert Memorial and Royal Albert Hall – a Taj Mahal of sorts from the Queen. The Brits aren’t known for flashy, gold monuments, so tourists may well find it a surprise to see the glimmering Albert Memorial standing in Kensington Gardens.

A team of people close to Victoria worked together on various ideas for a monument that would please the Queen. The Albert Memorial was always part of the plan following the Prince’s death. In 1862, the Lord Mayor at the time, William Cubitt, headed a committee to find a suitable design for a public lasting memorial, which had to include a statue of the Prince, under the Queen’s orders. Design and deliberation went on for years and it was not until 1863 that the design for the monument was formally approved by Victoria. The winning design was by noted architect George Gilbert Scott.

It is an unlikely truth that the man behind the magnificent memorial to Queen Victoria’s beloved husband is perhaps best known as a designer of workhouses for the poor and destitute.

Sir George Gilbert Scott was born in the year 1811 in Gawcott, Buckinghamshire. He started in architecture by designing gaols and workhouses, but later studied French Gothic Cathedrals and Churches, being much influenced by the ideas of Augustus Welby Pugin.

Sir Gilbert Scott left a legacy after his death in 1878 that’s almost unrivaled by modern architects. He represented the quintessence of High Victorian Gothic architecture, and was responsible for an immense amount of such work. He was concerned with the creation, restoration and alteration of some 730 buildings. Some of his best work is St Giles’ Church in Camberwell, the Midland Railway Terminus Hotel at St Pancras and the Foreign Office in Whitehall, all in London. He is also known for designing the famous Red Telephone Box.

Working on The Albert Memorial was a challenge to him and his team of builders. After much delays — some due to the rising public costs — the 176 foot tall Albert Memorial was officially opened by the Queen in 1872, although Albert’s statue wasn’t seated until three years later. Construction cost around £120,000, equivalent to £10million in today’s money.

Several unique aspects of the monument ensure it stands out as a shining example of Victorian design, with its impressive Parnassus frieze ensconcing the base of the structure and featuring an array of famous and classical figures.

In one of the statue’s hands is a catalogue of the Great Exhibition, which had been organised by the Prince. Above the statue, is a Gothic canopy called The Parnassus frieze featuring mosaics depicting allegorical figures of the arts – painting, poetry, sculpture and architecture. Also adorned on the sides are eight statues representing Christian virtues, including faith, hope and charity. The canopy has words surrounding it as follows: “Queen Victoria and Her People . To The Memory of Albert Prince Consort . As A Tribute Of Their Gratitude . For A Life Devoted to the Public Good.”

At the base of the canopy are four white sculptures depicting Victorian industries and sciences, including agriculture, commerce, engineering and manufacturing. Situated further from the statue are four more sculpture sets depicting four continents Europe, Asia, Americas and Africa. A group of people and products associated with the continent sit on four different animals – a cow, camel, bison and bull.

Over the years, the memorial saw some decline and spent many decades coloured black instead of gold. Prior to its restoration and re-gilding early this century, English Heritage discovered the black coating on Albert’s statue pre-dated the war and believe it may have been painted as such following pollution damage to the gold, not in an attempt to hide the landmark from the enemy during the two World Wars as had been previously thought.

The monument stands 176 feet high, weighing thousands of tonnes and any building of this magnitude has to have solid foundations that can take the weight. Underground in a chamber, sadly unseen by the public, are more than 800 columns and arches assisting with the support of the structure above the ground. The only evidence that anything exists below ground is a manhole.

However, it is not just the Albert Memorial that continues to draw busy travellers back time and again to this popular part of the English capital, with many other outstanding attractions available for anyone heading to the area to enjoy.

The Royal Albert Hall is just a few minutes’ walk away from the Albert Memorial and offers the chance for visitors to sample an array of theatrical and musical performances throughout the year. Meanwhile, other attractions of Hyde Park include the excellent Serpentine Galleries, a visit to the Diana, Princess of Wales, Memorial Fountain, boating on the Serpentine Lake, or a trip to the famed Speakers’ Corner. Buckingham Palace is only 15 mins away by car from The Memorial.

Other nearby attractions that individuals planning a trip to the area might also enjoy include a visit to the Natural History Museum, Kensington Palace, the Notting Hill Arts Club, the Wellington Arch, the Victoria and Albert Museum, and much more besides.

The Albert Memorial is open all year long, every day until the Hyde Park closes for visitors (around nightfall).

You can learn more about the Prince Albert Monument by going on a guided tour, we suggest doing this to get a better insight.

Have you ever visited the Monument? We would love to know what you thought of it 🙂

Also Check some other popular London attractions that you should visit as well: South Bank, Camden Town Markets and St. Paul’s Cathedral.

All You Need to Know about County Laois