Close X
Home/Things to do and see in Asia/All You Need to Know to Enjoy Al Fujairah, United Arab Emirates

All You Need to Know to Enjoy Al Fujairah, United Arab Emirates 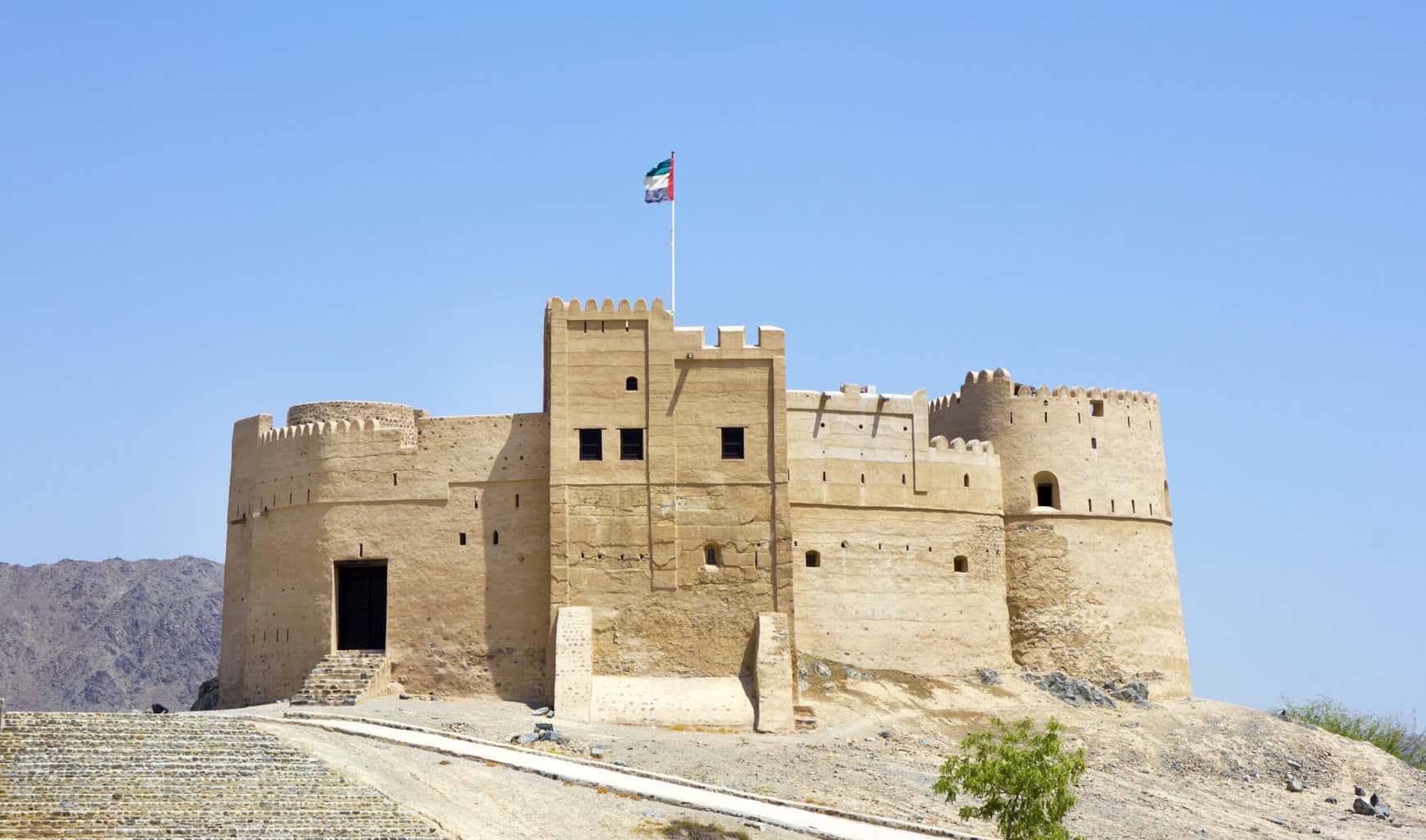 Al Fujairah is one of the United Arab Emirates. It is the only one among the seven emirates whose lands are not located on the coasts of the Arabian Gulf, but it overlooks the Sea of Oman instead.

Fujairah has a nature that amazes the senses, mountains, marine reserves, beaches, and an important aspect of tourism in Fujairah is medical tourism. The tourism sector in the emirate has witnessed a massive boom in recent years due to the high demand for Fujairah’s heritage and entertainment attractions.

History and Naming of Al Fujairah

A group from the southern part of the Arabian Peninsula migrated from Fujairah to the Levant, called the Phoenicians. They were called the sea giants because of their skills and abilities to navigate through the open seas.

It was named Al Fujairah because there are springs of water erupting in the area. Others say that it was called that because of the extreme poverty it suffered. But the most likely saying or narration is that water springs erupt from the bottom of the mountains in the region.

The Weather in Al Fujairah

October and March are the best times to visit Al Fujairah for a beautiful vacation. The temperatures are usually moderate during these months, so you can enjoy outdoor activities.

Fujairah is a beautiful tourist city in the UAE with terrific attractions. In addition, there are various shopping places where visitors can buy many products.

It is characterised by unique nature and includes waterfalls, sulfur springs, marine reserves, coral reefs, castles, and monuments. There are also hotels, chalets, and furnished apartments in Fujairah that provide tourism services.

The city has archaeological sites with a long history, which makes it a tourist attraction par excellence. These archaeological monuments date back about five centuries, including Fujairah Castle, Al Hail Fort, Awlah Castle, and Al Bidiyah Mosque.

In the coming section, we will take you on tour to learn more about these historical locations, entertainment attractions, and recreational spaces we recommend.

Fujairah abounds with a large number of distinguished tourist attractions. Sheikh Zayed Mosque comes at the top of these landmarks as an Islamic masterpiece and an important facade for Fujairah; it is the second largest in the UAE after the Sheikh Zayed Mosque in Abu Dhabi.

The Sheikh Zayed Mosque was inaugurated in Fujairah in 2015 to serve as a tremendous Islamic edifice that has an influential role in the religious aspect of the emirate, its Islamic culture, and the memorisation of the Holy Qur’an.

The fantastic design of the mosque played an essential role in attracting attention to it, starting with its large area, which can accommodate about 28,000 worshipers. It has high minarets with multiple domes, amounting to 65 in total.

Fujairah Fort was built between 1500 and 1550 to defend the emirate against external attacks, and thus it is considered a historical landmark. It has an attractive design, despite the primitive materials used in its construction, which revolve around mud, stones, and gravel.

It has a magnificent view that attracts tourists looking to take pictures. It consists of two floors an entrance, a room, and a hall, then a staircase to ascend to the second floor. It has a large sitting room with balconies that give you a great view of the hill outside.

Kalba Corniche Park is a beautiful area in the city. It includes several facilities providing excellent service to visitors and a space for children to play in, a cafeteria, places for barbecues, and all that makes a family feel more comfortable.

Dibba Al-Hisn Public Park has a beauty that makes it a haven for city residents and tourists to get some calm, relaxation and enjoy nature, especially families, due to the presence of a safe area for children’s games.

It is in a privileged location next to the sea, with palm trees surrounding the place that comforts the soul.

Wadi Wurayah is located 45 km north of Fujairah, between Khor Fakkan and Bidiyah, with mountains surrounding it. The area has many water springs and waterfalls that spring from the ground, such as Al-Wurayah waterfall, which pours water into natural ponds surrounded by trees and mountain plants.

Fujairah Museum opened in 1991 and is among Fujairah’s most prominent tourist attractions. It was, at first, a room belonging to the Khalid Bin Al Waleed Library. Now, it includes three visitor halls, each specialising in displaying historical holdings.

The first hall displays ancient heritage professions and the tools used in them, such as agriculture, trade, and hunting. The second hall displays old folk costumes and some ancient weapons.

The third hall includes antique exhibits made of stones, copper, axes, and mugs. The museum also contains a lovely exhibition that displays several artefacts, including an ancient ostrich egg dating back to 2000 BC that was used to preserve liquids.

Al Bidya Mosque is one of the oldest tourist attractions and mosques in the Emirates, dating back to 1446. The mosque is located between the cities of Khor Fakkan and Dibba. It accommodates 50 to 70 worshipers. It is famous for its ancient design resembling Ottoman designs.

It is called the Al Bidya Mosque after the village in which it was built using mud, stones, and gypsum, and in the middle is a large column carrying the four domes of the mosque.

City Centre Fujairah is a large shopping centre. It contains many shops for international brands. It allows visitors to have an enjoyable shopping experience, from browsing food products, clothes, bags, furniture, and electronic devices.

The mall also includes several cafes and restaurants to take a break between shopping tours and have a delicious meal or drink. Also available in Fujairah City Centre is the Magic Planet area for children. Besides all of that, a cinema shows the most recent films to complete the perfect outing for the family.

Al Hayl Castle attracts a large audience interested in history and archaeological sites. The history of Al-Hayl Castle in Fujairah dates back about 250 years. It was built for military purposes to protect the area.

The castle is characterised by an attractive location contributing to its fame, as many palm trees and mountains surround it. If you are interested in ancient history and its old buildings, you should visit Al-Hayl Castle through the tourism tours in Fujairah.

Madhab Spring Park is perfect for families. It allows them to swim in two sulfur water pools and benefit from their many healing properties. It includes a garden for children’s games and a theatre where various entertainment parties take place.

It is an ideal location for a calm and relaxing outing amid green spaces and palm trees, away from the city’s noise and hustle and bustle.

Visiting the Friday market may be necessary if you want to buy fruits, vegetables, and various other products, as it is one of Fujairah’s most popular and cheapest open markets.

Many other products can be found at the Friday Market in the city, such as plant seeds, flowers, and various plants. There are also shops specialising in selling several types of beautiful carpets.

Al-Bithnah Fort or Al Bithnah Castle dates back to 1753. It is located in the village of Al Bithnah, west of Fujairah, 13 km away. The castle was built to protect, defend, and repel possible attacks from enemies, overlooking many agricultural oases.

The castle consists of a conic building with three floors. Several archaeological sites were discovered near the castle, some dating back to the Islamic era.

The Best Hotels in Al Fujairah

You don’t have to worry if you are travelling to the city and looking for a place to stay. We offer you the best hotels in Fujairah right here:

Novotel Fujairah Hotel is classified as four stars and well-located on Hamad Bin Abdullah Street. It is a few minutes away from Fujairah Mall, and the famous Fujairah Football Club/Stadium is only about 7 minutes by car.
The hotel offers a beautiful fitness centre with a large variety of excellent sports equipment. It also provides a shared lounge for visitors with amenities and a restaurant that serves a mix of local traditional Arabic dishes and a range of international dishes.

Concorde Hotel has a great location on Hamad Bin Abdullah Street in the middle of the city with a close view of the beach. It is near Lulu Mall, Sheikh Khalifa Mosque, and Fujairah Airport.

The hotel offers elegant restaurants, the most renowned of which is the Belle View Restaurant, which serves a typical breakfast for visitors every morning. Al Shorfa Levant Restaurant is famous for serving a variety of sumptuous oriental Arabic food, presented through an exquisite à la carte menu.

Royal M Hotel is a superb five-star hotel located near Al-Fujairah Mall. It provides inmates with a fitness centre with high-quality equipment for sports lovers. Also, many services, such as luggage storage, ATM, and currency exchange, can be found at the hotel.

5 Best Things to Do in Dingle, Kerry

Haunted Castles in England You Should Visit at Least Once!