Close X
Home/The World/15 Things to do in Hollywood: The City of Stars and the Film Industry

15 Things to do in Hollywood: The City of Stars and the Film Industry 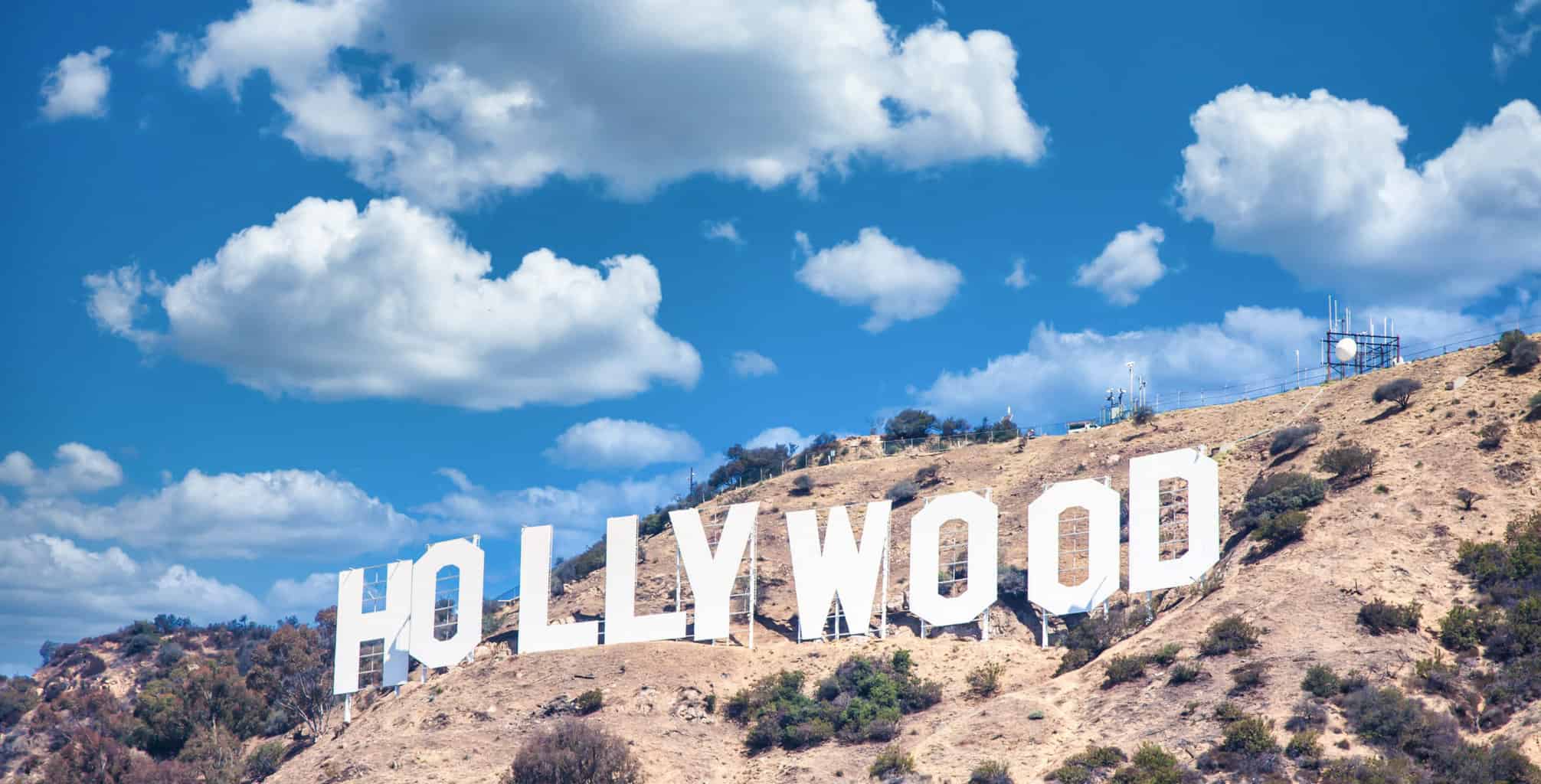 Hollywood is one of the most famous cities in the world. It is the city of cinema and the symbol of the film industry in America and the whole world. There are many studios for photography and production of films and series in Hollywood. This makes Hollywood the gateway to fame for all-stars.

Hollywood is located in Los Angeles, California, in the United States of America, specifically on the northwest side of Los Angeles. This area was discovered in 1853. In the past, the area was a small hut surrounded by cactus trees, and in 1870, a simple community was formed. They relied on agriculture, and as time passed, the population in the region increased.

The first to lay the foundation stone for the city was Harvey Wilcox I 1887. He wanted to build a community based on his moderate religious beliefs. But then came the real-estate magnate H. J. Whitley turned it into an affluent residential area and was called the Father of Hollywood for his efforts. The city grew to a large degree. In 1902, the first hotel was opened in Hollywood.

In 1910, the city began to move towards filmmaking and production. Cinemas and studios were built, and now it is the best in the business. The city includes many television studios through which they broadcast many programs that millions of people watch worldwide, including ABC Studios, CBS Studios, Fox Studios, and others. In addition to studios, there are many theatres, such as Hollywood Art Theatre, founded in 1919, where the most famous plays and concerts are held. There is also Kodak Theatre, which is responsible for organizing the Oscars.

Hollywood also houses the Hollywood Wax Museum, which displays wax statues of more than 350 celebrities. One of the most famous places is the Hollywood Walk of Fame, which includes the names of many stars. We must not forget the sign bearing the name of Hollywood, which was put up in 1923.

Hollywood is famous for its beautiful and mild weather. The sun shines most days of the year; the average temperature rises to 24 degrees, and the average low is 13 degrees.

The climate in the city is different according to the seasons. In summer, the weather is warm to hot and continues to be that way until mid-November. In the winter, the weather is cold to somewhat warm with rain, and the rainy season ends by mid-May.

Things to do in Hollywood

The City of Hollywood is one of the most famous tourist cities in the United States of America and the world. The city contains many renowned and artistic places, such as CBS Columbia Square, Charlie Chaplin Studios, Hollywood Museum, Walk of Fame, and many more. We will get to know more about these places in this article.

The Hollywood sign is the most famous spot in the city. It is located on a hillside and was built in 1923 to advertise a new residential development called Hollywood land. The sign didn’t last long in its place and fell down. In 1978, it was rebuilt and became the city’s symbol.

When the sky in Hollywood is clear, you can see the sign from many places during the day. If you want to look at the sign, you can hike or even go on a horseback ride through Hollywood Hill.

The Walk of Fame is another famous spot to visit in Hollywood. It runs along Vine Street and Hollywood Boulevard. When you are there, you will see bronze-rimmed stars representing Hollywood’s most famous names, which are laid on the sidewalk.

There are about 2,500 stars on the sidewalks and several celebrities are added every year. Many people are honoured and added to the sidewalk, such as actors, directors, musicians, and people from other areas of the motion picture, radio, and more. There are new nominees announced every June.

This place had also hosted film premiers such as the Star Wars franchise in 1977. The theatre is famous for having signatures, footprints, and handprints of popular celebrities on the forecourt; this is considered an honour for many stars.

While walking there at night, you will see the place lit up, and many people go there to walk down this wonderful street. You will find many restaurants in the area, where you can have a great meal.

The Hollywood Museum is a popular location to visit in the city. It consists of four floors of many exhibits. It includes many collections of the most famous moments in Hollywood. The things you will see are focused on the film industry in the golden age. It is located in an old historic building that once held the Max Factor’s studios.

The people who love classic cinema will enjoy the exhibits dedicated to the most remarkable people in the cinema, from Cary Grant’s Rolls Royce to honouring Marilyn Monroe. Also, you will find a basement exhibit made for scary things like Hannibal Lecter’s jail cell. There are a lot of photographs, personal items, costumes, and memorabilia that you will love to see inside the museum.

The Griffith Observatory is located on a hill that overlooks Griffith Park. It includes a wide array of telescopes and exhibitions. The famous telescope is the Zeiss telescope, a 12-inch historic refracting telescope that the public can use.

The exhibitions inside the Griffith Observatory offer visitors educational programs, including night sky shows, exhibitions about space, and much more. There is a place that you will definitely like there, which is the front lawn. It is beautiful and decorated with a model of the solar system with orbital paths marked out in bronze. There is also a grand statue dedicated to six famous astronomers, such as Isaac Newton and Galileo.

Griffith Park is one of the best attractions for families. It is full of activities and is located in an area of 4,200 acres. It also includes the famed Griffith Observatory. It is also one of the biggest parks in Los Angeles.

There is also LA Zoo that includes many animals from all over the world, like elephants, giraffes, and much more. Kids can visit the Merry-go-Round to ride a pony. You can have a train history tour through the Native American village and an old west town. While touring on the train, don’t miss visiting the Streamers Railroad Museum and Travel Town Museum, which are dedicated to steam trains.

The zoo is home to a botanical garden. There is also the Fern Dell trail, which has over 50 species of tropical plants surrounding it.

Another family tourist attraction located in Hollywood is Universal Studios. When you visit the place, you will find out that it is divided into several areas, including working studios, restaurants, shops, parks, and the Universal City Walk. There are classic rides. Also, new rides are being developed all the time based on popular movies and TV shows.

While in the park, you will spot a famous area; the Wizarding World of Harry Potter. You can also take a tour behind the camera to see the making of a Hollywood film. On the tour, you can ride a tram throughout the former movie sets. After you finish the tour, you can have a good meal in one of the restaurants and cafes located in the area.

Suppose you can’t take a picture with your favourite actor. In that case, visiting Madame Tussauds and the Hollywood Wax Museum are a good choice, where accurate figures are created just like the real person. You can have a nice picture with these figures. When you are inside the museum, you can dress up in your favourite character’s costume and live as the character for a few minutes!

The Hollywood Bowl is the right place for entertainment if you want a great time. It was built in Bolton Canyon as an outdoor concert area. It has hosted many performers from all over the world for more than 100 years.

The bowl can accommodate 20,000 seated people and about 10,000 standing. The stage hosts artists from all genres. The artists who performed on the stage of the Hollywood Bowl are the Beatles, Stevie Wonders, Danny Elfman, and many more.

Also, you can visit the Hollywood Bowl Museum to know more about the music and history of the place.

The Dolby Theatre is located in the Hollywood & Highland complex. It hosted the Academy Awards and many other musical, artistic, and theatrical performances. These include fashion shows, the American Ballet Theatre, Broadway shows, and more.

When you are in the building, you will see the fabulous lobby décor and audience seating area, known for its Italianate influences. During the tour, you will be able to learn more about the history of the building, and the tour is available daily.

The La Brea Pits are located within Hancock Park. The sticky tar created pools in the ground thousands of years ago, which trapped many animals there. The animals there are well-preserved; the remains became fossils, and some have been frozen for more than 50,000 years.

Also, you can visit the museum, learn more about the fossils found in many excavation sites, and learn about different methods of palaeontology. There are exhibits, too; you will find many remains of animals from prehistoric times.

If you are a fan of architecture, then this is the right place for you. This House was designed by Frank Lloyd Wright, a famous architect, by authorization of oil heiress Aline Barnsdall. The Hollyhock House was the home of Aline Barnsdall, and its construction was finished in 1921. The House is located in East Hollywood and is well-known as a Los Angeles Historic-Cultural Monument.

You can take a self-guided tour and explore the House. You will also find documents that will provide you with more information about the House and its beautiful design.

The Capitol Records Building is famous for being circular-shaped. It was built in 1956 by Welton Becket to look like a stack of vinyl records sitting on a turntable. It is one of the most popular places in Hollywood, and it is distinguished in films and television.

Some of the most talented artists have laid their tracks there in that building, such as Frank Sinatra, Beach Boys, and many more.

The Sunset Strip is located in West Hollywood. It is a part of Sunset Boulevard, specifically located between Hollywood and the neighbourhood of Beverly Hills. The area includes many restaurants and entertainment venues. If you are there at night, you will see neon signs and many people walking in the streets.

The Sunset Strip is also a place where celebrities hang out, and many of them live near it. It is a nice place to spend a wonderful time in; you can do some shopping and have a nice meal there.

Places to Stay in Hollywood

With all these beautiful places to visit in Hollywood, you would want to find a good place to spend the night or a couple of days you are staying in the city, so here is a list of some of the famous hotels located in Hollywood.

13 Top Things To Do In Magnificent South Korea