14 Things to do in Honduras a Heaven in the Caribbean 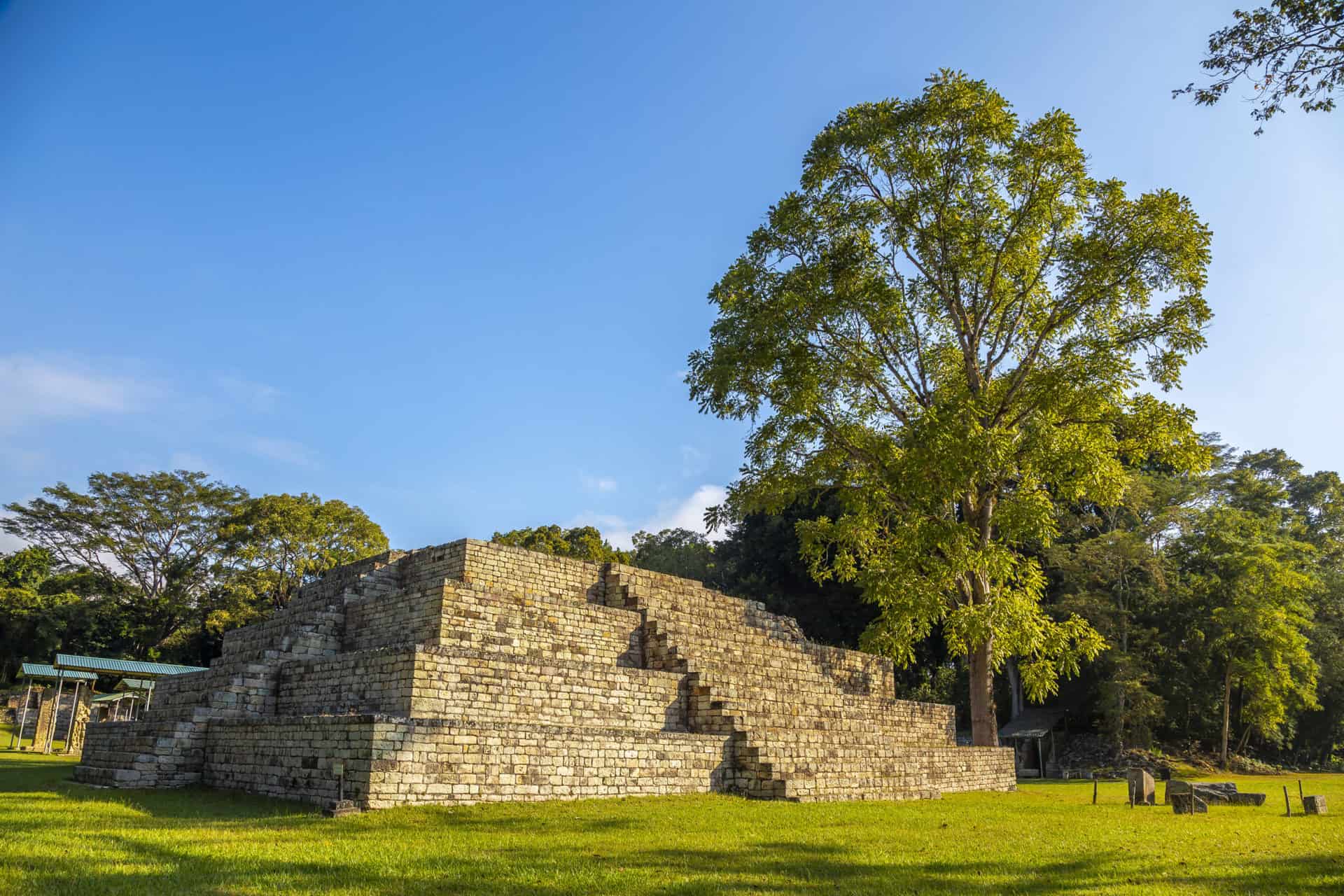 Honduras was occupied for a long period by Spain, specifically from 1502 to 1838. During this period, Honduras was known by several names, including Spanish Honduras, and the Spaniards also called it Giamours, and specifically, Christopher Columbus was the one who named it and it was known as Higoras, in reference to the Jicaro tree, which is known for being fruitful.

Honduras is distinguished by the fact that the area of the mountains is more than half the area of the country, its highest mountain peak is 2,700 meters above sea level, and in the northern and eastern regions, there are plains. It is considered the second-largest country in Central America, and it attracts those wishing to spend a vacation to enjoy the beauty of natural wildlife and marine life. You can also explore the beautiful Caribbean forests and beaches and the lakes where birds live.

There are also islands in the gulf, which are considered one of the most beautiful places and are surrounded by coral reefs, and are part of the second-largest barrier reef in the world, which extends from the north to Mexico.

The climate of Honduras is characterized as a tropical climate, specifically in the low lying areas, and the high mountainous regions the climate is moderate to some extent, and in the southern and central regions, the temperature is high.

Things to do in Honduras

Honduras is a wonderful destination filled with natural places and attractive areas that are ideal for spending a vacation with family and friends. Therefore, you will find that tourism in Honduras is a magical and unparalleled experience, and you will enjoy many recreational activities and take many tours of the country’s tourist attractions.

Let us have a tour of this beautiful country and get to know more about the places located there and the activities that you can try while your vacation in Honduras, so pack your bags and let us go there to start our vacation right away.

Copan Ruins Archeological Site is a UNESCO World Heritage Site, it dates back 2,000 years, and the people who lived there were highly stratified and focused on tradition. The site is famous for its columns and altars that are spread around the site’s plaza and most of them have been standing there since the years 711 and 736.

Another attraction that is also located there is the Hieroglyphic Stairway, it is a beautiful temple and includes the longest known Mayan text and there is also the Acropolis which includes carved reliefs of the 16 kings of Copan. Also, make sure to visit the Las Sepulturas archeological site, the place shows you how the Mayan elite lived before the collapse of Copan.

Museum of Mayan Sculpture in Copan

The museum of Mayan Sculpture is located at the Copan Ruins Archeological Site, it is a must-see attraction, there you will see pieces of sculpture and altars recovered from the site and you can visit it after finishing your tour in the Copan Ruins Archeological Site. When you visit the museum you will go through a tunnel into a hillside then you will find yourself in a vast sunlit open space.

Roatan is an island located 65 km away from Honduras coast in the Caribbean, it is the largest and the most popular of the Bay Islands and it is a famous tourist destination nowadays, especially for divers and snorkelers. Once you visit the island you will love the beaches and the nature surrounding you, one of the best beaches that you can visit there is the West Bay Beach with crystal waters, many shops, restaurants, and activities to do such as snorkeling.

Also in Roatan, there are other attractions to visit, such as the Roatan Institute of Marine Science, the Roatan Museum, the Carambola Gardens, and the Roatan Marine Park. The island is full of places to visit, which I guess you can’t finish all in one day, there is also Gumbalimba Park which is the perfect place for wildlife lovers, and the Manawakie Park which gives you a quick look at the Honduran culture.

La Tigra National Park is located about 20 km away from Tegucigalpa the capital city of Honduras, it is considered one of the top attractions to visit in the country and it is located at a height of 2270 meters. The park has a lush cloud forest where many creatures live in it like monkeys and pumas.

When you visit the park you will see a lot of bird species that could be more than 200 and that’s why it is also called the heaven of birds including trogons, toucans, and much more.

Utila in Bay Island is located 32 km away from the west coast of Roatan, it is a small island about 13 km long and it is one of the best places for diving. When you are there you will find a stunning town called Utila Town, which is full of shops and dive centers don’t miss trying the fresh seafood and Honduran traditional food in one of the restaurants located there.

Also like other beaches, Utila is known for its beautiful beaches too, snorkeling as well and enjoying all the wonderful nature surrounding you from all sides. If you want to discover the wildlife there then we recommend you to go to Iguana Research and Breeding Station. For those who love to dive with the white sharks, you can have the chance to dive with them around the island, especially during March and April.

Lancetilla Botanical Gardens is considered the second largest tropical botanical garden in the world, it is located 5 km away from the city of Tela and it was founded in 1926 by the United Fruit Company to test the economic viability of fruits.

Inside the gardens, there are more than 200 species of birds living in it and that is because of the fruit trees located in them. For those who love watching birds, you will be able to see them along the trail located in the gardens on the palm trees, mango trees, and others.

Museum of National Identity in Tegucigalpa

The Museum of National Identity is the perfect place for anyone who would love to know more about Honduras culture and it is one of the top attractions to visit in Tegucigalpa the capital city of Honduras.

When you enter the museum you will see many collections of Honduran and international art, and exhibits that show the history of the country from the old ages to the present day.

If you are in Roatan, then going for a trip to Little French Key is a good choice, it is known as a tropical paradise that is located on the south shore. The magnificent thing there is the clear crystal waters, white sand beach, palm trees, and snorkeling. Also, you can have delicious seafood at a restaurant located there and visit the wildlife sanctuary to see animals much closer like monkeys and deers.

Lake Yojoa is located between Tegucigalpa and San Pedro on the main road, it is the largest lake in Honduras and it is the home of 480 species of birds such as whistling ducks, that’s why it is known as the heaven of birds. When you are at the lake you will be able to see two mountainous national parks, which are Santa Barbara National Park and Cerro Azul Meambar National Park.

Cayos Cochinos is a group of small islands, it lies 17 km away from the old port of La Ceiba and it is surrounded by black coral reefs that are called Marine Biological Reserve. There you can try many activities such as snorkeling and diving and there are resorts and huts in the Garifuna villages and you can go there only by boat to Roatan and Utila.

Punta Sal National Park extends along a peninsula to the west of the Bay of Tela, there you will see all the beauty of nature around you from the jungle, mangroves, beaches, and coral reefs.

There is a lot of wildlife with many species like howler monkeys, many kinds of tropical birds, and the Micos Lagoon which includes the largest number of birds with 350 species. You can book a trip to the park from Tela and the trip includes a hike across the Peninsula, snorkeling, diving, and swimming.

Cusuco National Park is one of the most beautiful places in Honduras, it is the highest point that rises to 2200 meters above sea level and it includes threatened species of frogs and salamanders, jewel scarab beetles, and more than 260 species of birds.

The park is famous for its enigmatic quetzal, one of the loveliest of all tropical birds that are on the brink of extinction because of unsustainable hunting. If you are one of the hikers you will enjoy this park.

Carambola Botanical Gardens is a wonderful place for nature lovers, the trail in it takes you through the palms, forests of fruit trees, orchids, and mahogany. There is also a path that will lead you to the top and from there you have a beautiful view of the Caribbean and you can’t miss the tropical wildlife there beside the many species of birds.

It is considered one of the few remaining tropical rainforests in Central America, that’s why UNESCO listed it on the World Heritage in Danger list. When you visit the reserve you will find that it lies in the watershed of the Rio Platano that forms a lowland of tropical rainforest, mangroves, grassland, and coastal lagoons.

There you can see the wildlife also like the giant leatherback turtle, howler monkeys and much more. You can make an organized tour of the reserve with a guide who is well-known for the place.

Yemen: Top 10 Amazing Attractions and Mysteries from the Past