14 Things to do in the Heavenly Island of Martinique 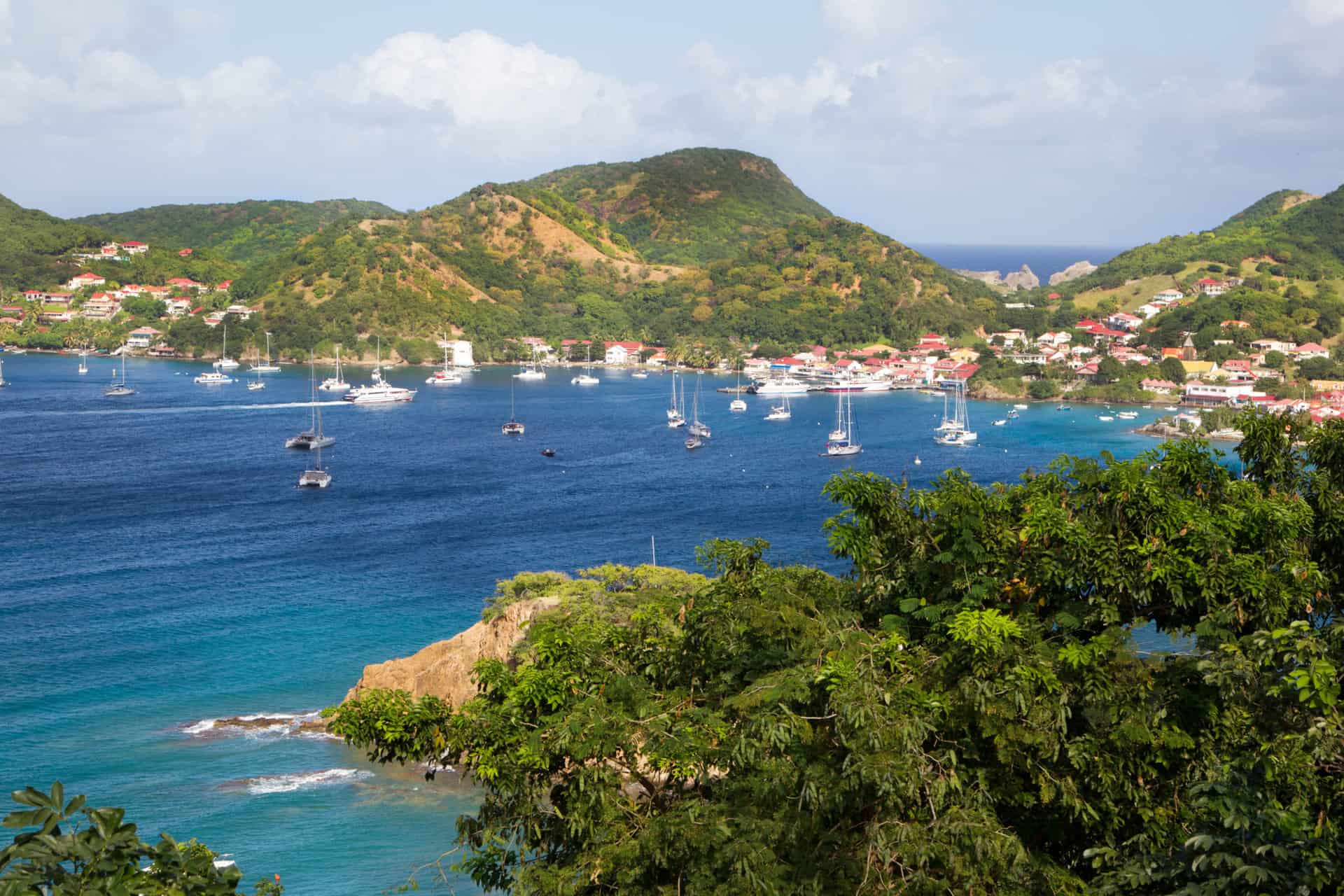 The island of Martinique is part of a chain of French islands in the Caribbean Sea, it is part of islands called Windward and these islands include Martinique, Saint Park, Saint Marin, Guadeloupe, and Marie Galante. It is also considered as one of the external regions of France and one of the 26 regions in France and is a part of the European Union that’s why the Euro is the annual currency in it.

It is bordered on the northwest by the island of Martinique, about 35 km from the Dominican Republic, 35 km from the south is Saint Lucia, and about 120 km is French Guadeloupe, and 54 km away from the coast of South America. The area of the island is about 1,128 square kilometers, and the inhabitants of this island are of African origin.

The first people to live on the land of the island of Martinique are the Arawaks, who were from South America, and most of them died as a result of the eruption of Mount Pelee volcano in 295 AD. In 1502, Columbus arrived on the island during his fourth voyage, and in 1815 the French took control of the island, and then it was declared as French foreign office in 1964 until today.

Weather on the island of Martinique

The Best Time to Visit the Island of Martinique

Things to do in Martinique

Tourism constitutes a main source of income on the island, as there are many tourism companies on the island that provide services related to tourists. The island contains many picturesque and charming views, and also there are resorts and luxury hotels.

All those lovely things make it a destination for many tourists from all over the world. There you can practice many activities such as swimming, diving and much more, and also you can enjoy the beautiful landscape.

In the coming part, we will get to know more about Martinique, the top attractions to visit there and many other things, so let us start the tour and hope you will enjoy knowing about the beautiful island.

Balata Botanical Garden is one of the finest botanical gardens in the world, it is located near the city of Fort de la France, and it is famous for its great diversity of plants and animals.

The garden includes more than 3000 species of tropical plants and flowers in addition to the ponds interspersed with water lilies and lotus flowers. There are many benches amid the foliage to relax and admire the beautiful mountain views. This beautiful garden is one of the most popular things to do in Martinique.

Fort de France is the capital city of Martinique, it is the main port of the country and from there you can start your journey to most of the tourist attractions. There you can find the Savanna Square in the center of the city with a wonderful statue of Napoleon’s Empress Josephine.

Also, you can find the Schoelcher Library, it was named after Victor Schoelcher and he was known as an activist for the abolition of slavery in the French colonies. Another attraction you can visit is Saint Louis Fort, which was built in 1638, and also the Saint Louis Cathedral.

For knowing more history about the island you can give a visit to the Museum of Archeology and the History Museum where you can find clothing, jewelry, and many other things.

Saint-Pierre is another city that you can visit in Martinique with a lovely view of the volcanic Mount Pelee. It was once the main city in the country and was known as the Pearl of the West Indies until Mount Pelee erupted in 1902. When it erupted Saint-Pierre was destroyed and killed about 30,000 residents, and the strange thing is that there was a prisoner who survived, and was protected by his thick cell’s wall.

Now if you visit the city you will be able to see stone ruins with the survivor’s prison cell, theater, and the ruins of Le Figuier. Then you can reach the hillside and go to the Volcanological Museum, which consists of one room and displays old items from the old town and the harbor.

La Pagerie Museum is the place where Marie Joseph Rose Tascher de la Pagerie was born in a stone cottage and later she became Napoleon’s Empress Josephine. The museum includes some of Josephine’s items like the love letters from Napoleon.

When you visit the museum you will get to know more about Josephine’s childhood and her marriage to the French emperor Napoleon.

Route de la Trace is from the north of Fort de France, the capital city of Martinique, through a rainforest to L’Ajoupea-Bouillon, on the side of Mount Pelee. To the north, while walking on the route you will pass through Morne Rouge, it is considered the highest town in Martinique near Mount Pelee and it was buried after the eruption of the volcano killing about 1,500 people.

Le Carbet is a town located near the Martinique Zoo, it is the place where Christopher Columbus landed for the first time in June 1502 and it became a parish in 1645. This town can be visited after going to the Martinique Zoo and it is about 10 minutes away from each other.

The zoo is a lovely attraction there for the family to spend a great time in, it is located among botanical gardens and the ruins of an old sugar plantation. The zoo contains monkeys, raccoons, jaguars, and many other animals.

Les Trois-llets is a famous tourist area that is located south of Fort de France and it includes restaurants, hotels, and other attractions that are related to the history and culture of Martinique. There you will find the Village de la Poterie des Trois-llets, which is a large complex housed in a former pottery yard.

The buildings now house shops, restaurants and also a sports center where you can kayak, also there are small boutiques that sell art, clothing, local crafts, and many more things.

Chateau Dubuc and the Caravella Peninsula

The Chateau Dubuc is now ruined, it is a former home of a well-known wealthy Dubuc family who owned the peninsula during the 18th century. There you can have a tour that explains to you everything about the Chateau and what happens there from the grinding of raw cane to the shipment of molasses from the plantation’s dock.

Also, there is the La Caravella Nature Trail, which is a perfect place for nature lovers and it is located in eastern Martinique and near the entrance to Chateau Dubuc. There you can have nice hiking for about one hour through a mangrove forest with a beautiful view of the eastern coastline.

Mount Pelee is a well-known volcano that erupted on May 8, 1902, and it destroyed the city located near it, Saint-Pierre. But don’t worry the volcano is now in a quiet phase and you can hike to the summit.

When you reach the top you can see a spectacular view of the Atlantic Ocean, the mountains, and the island of Dominica.There are difficult trails that begin from Morne Rouge, Ajoupa-Bouillion, Grand Riviere, Le Precheur, and Macouba. Make sure to go on the trails in good weather and wear suitable hiking boots.

Diamond Rock is located above the sea, about 3 km south of Martinique, and is considered a part of the history of the island. The British in the year 1804, dropped sailors on the volcanic island and registered the rock as a ship, after about 17 months the French took back the rock. Now it is considered as one of the best diving sites in the Caribbean Sea and you can get to know more about that rock in the nearby town called Le Diamant.

Also, you can give a visit to the Anse Cafard Slave Memorial that was made for the victims of the tragic shipwreck at the southwest coast of Martinique that killed many passengers and slaves.

Sainte-Anne is considered as one of the loveliest villages in Martinique with palm-fringed coves and it is full of shops, restaurants, many markets and the most important are the beaches. At the south of Sainte-Anne, you can explore the landscapes of Savane Des Petrications on the trails from Anse a Prunes.

One of the best things to do in Martinique is going on a cruise trip. You can start your tour from Fort de France and Trois-IIets on the south shore. Dolphin-watch cruises are one of the most famous things also and kayak tours of the mangrove forests from Pointe du Bout.

Gorges de la Falaise is located near the village of Ajoupa-Bouillon, it is a small gorge along the Falaise River that leads you to a waterfall. You can start hiking and then make it down into the gorge, where you can swim under the pelting water.

Les salines is one of the best and most amazing beaches in Martinique, it is located near Sainte Anne, it is called salt pond and famous for its calm waters and soft white sand. The beach stretches one kilometer off the coast at the southern tip of Martinique.

Les Salines is used as a postcard picture of classic Caribbean scenery, it is crowded with families on weekends, but it is a little more tranquil during the week.

Places to stay in when you arrive in Martinique

The resort includes about 50 suites and they have private terraces and     each room has its pool and besides that, the resort has its dock, where you can book a boat for a tour to explore the surrounding places.

Club Med Les Boucaniers: the resort contains 300 rooms from deluxe rooms to suites, all of them have a private terrace and the resort has two restaurants, a spa and a gym.

Samoa, Ultimate Travel Guide to the Land of Fa'aaloalo

Valley of the Whales: A Phenomenal National Park in the Middle of Nowhere