Close X
Home/Eastern Mediterranean Region/Malta: 13 Things to do in the Gorgeous Island

Malta: 13 Things to do in the Gorgeous Island 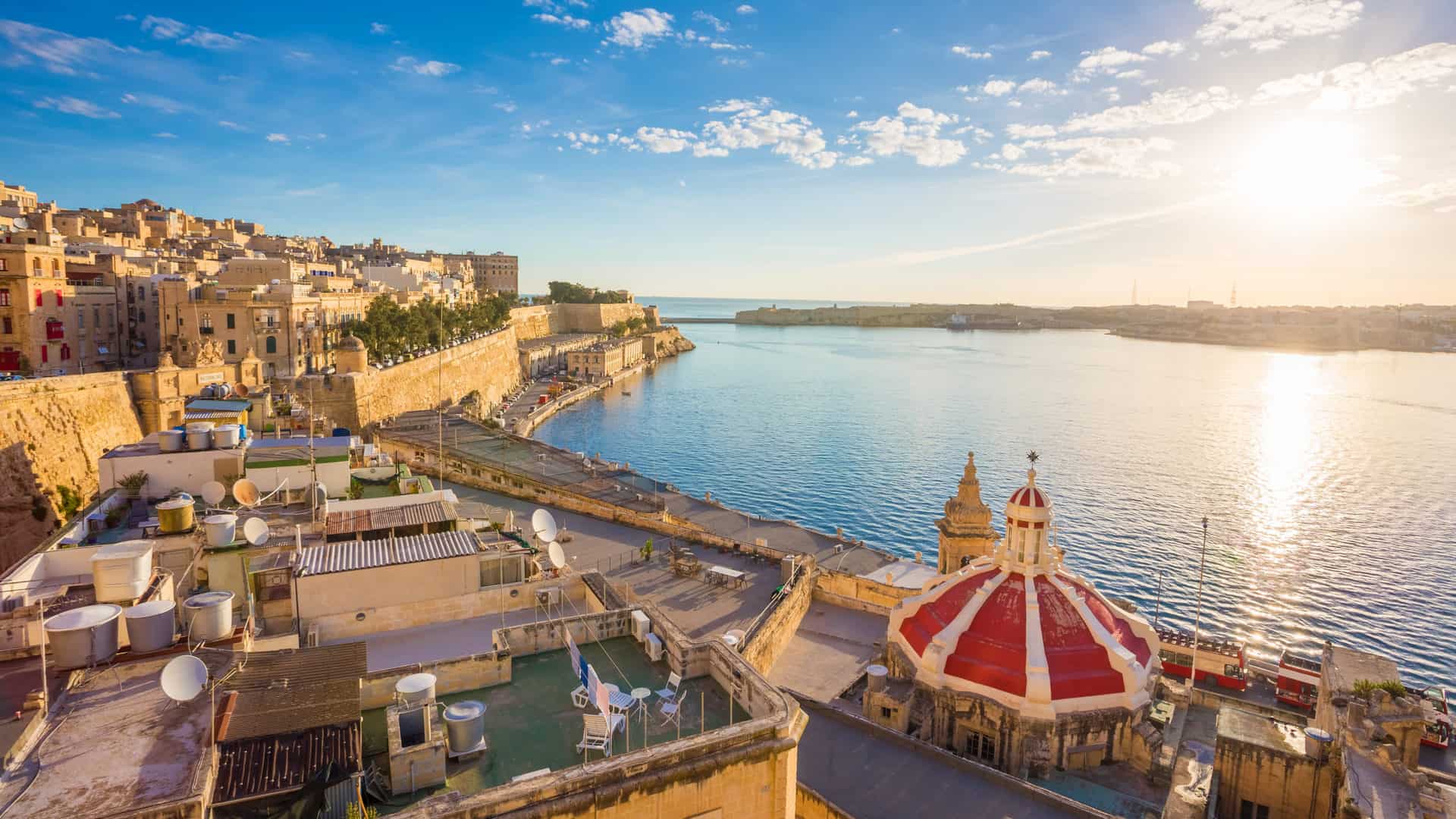 Malta Island is considered the largest island in the main three islands that make up the country of Malta and these islands are Malta, Gozo, and Comino.

People began to live in Malta from 5200 BC, they built early stone settlements and caves that were discovered and that was from 2500 BC. Malta was under the control of the Phoenicians, Romans, Byzantines, and Arabs. Malta became independent in 1964, it joined the European Union in 2004, and four years later it used the euro currency.

While the weather in winter is considered the wettest season, where the temperature in December reaches 17 degrees and in January and February it reaches 15 degrees.

Things to do in Malta

The island of Malta is considered among the most important tourist areas that attract tourists from all over the world, it has many unique archaeological monuments that make it a precious gem within the European continent and it is also characterized by the multiplicity of civilizations such as the Romans, the Spaniards, the Muslims, the French, and the British.

Now it is time to take our tour in the smallest country in Europe and see what we can do there and see.

Valletta is the capital of the Republic of Malta, the island in 1530 was offered to the Knights of Malta by the King of Spain and they built a capital to be similar to the other beautiful cities in Europe. Valletta was planned fascinatingly with public squares and buildings.

When you visit the city you will find many attractions to visit such as Saint John Cathedral, it is one of the famous spots to visit in the capital city which was built in the 16th century by knights from France, Italy, and Spain.

Another place in Valletta is the Grandmaster’s Palace, it was in the old days a residence for the Knights of Malta, and it contains many lovely paintings and also an armory that tells the story of the knight’s victories.

It is the second-largest island in Malta, it is the perfect place for tourists to enjoy a wonderful vacation in it with beautiful beaches and lovely towns. The island contains many attractions to visit like Marsalforn and it is considered the most important archaeological site in Malta and also there is the Ggantija Temples that was built in 3500 BC.

One of the favorite beaches located there is Ramla Bay, with its sandy shore and magnificent blue water and there you can find many facilities like showers, restrooms, changing areas and other things.

The beautiful thing on the island is the countryside, where farms are covering the island’s valley and also villages above the landscapes and beneath it, there are beaches and an old port. The Island of Gozo is a perfect place for nature lovers and people who love to relax with all these wonderful places surrounding them.

The Castle of Malta is considered one of the most beautiful castles, and it is located on the island of Gozo in the Victoria region. This castle was built in 1500 BC, the castle is surrounded by very strong fortresses and it is famous for its distinctive ancient architecture.

Tarxien Temples is considered the largest and best-preserved prehistoric site in Malta, it consists of four structures and was excavated in 1914. The temples cover an area of 5400 square and it displays Malta’s prehistoric culture between 300 BC and 2500 BC.

When you visit the site you will see that the stone walls of the temples are decorated with spiral patterns and animal figures. In the South Temple, you will see it contains many collections of art and also reliefs like goats and bulls.

In the East Temple, you will see that it is made of strong slab walls with oracle holes and the Central Temple features a six-apse architectural plan and has an arched roof.

The Blue Grotto is such a fascinating nature place that any tourist would like to visit, it is located on a Cliffside above the Mediterranean Sea and from the top, you will see a magnificent view and the water shines a brilliant blue in the sun.

There was a story that said that the Blue Grotto was home to the sirens who captured sailors with their charms. You can take a guided boat tour when the sea is calm and it takes 20 minutes and you go through the sea past six caves.

St. John’s Cathedral is located in the capital city of Malta, it was built in 1572 and it is one of the loveliest churches in Europe. It was built by Knights of St. Johns and it is distinguished by its good design and Baroque architecture.

There is the marble tombstone floor that contains about 400 monuments that were made for the honor of the Knights of Malta. The decoration on the tombs there contains angels and skulls.

Marsaxlokk is a fishing village that is located in the south of Malta, there you can find the throbbing market that is held every day and it is considered as one of the known attractions in Malta. Also, make sure to have delicious seafood whether for lunch or dinner.

The National Museum of Archeology is one of the famous attractions in Malta that displays historical collections from all over the country like Bronze Age weapons and a Phoenician sarcophagus. Also, there are many statues, altar stones, and jewelry, and don’t forget to look at the magnificent ceiling in the grand lobby that is decorated beautifully.

The Fort St Elmo was built by St John in 1522, it was built in a strategic spot to face the Ottoman attacks and it gives you a magnificent view of the harbor and the surrounding villages.

When you visit the fort you can also see that it hosts the National War Museum that includes many collections from prehistoric times.Also, you will see the beautiful architecture of the two chapels that were dedicated to St Anne.

Golden Bay Beach is one of the fascinating beaches in Malta, it is located in the northwest of the island and it is surrounded by many hotels where you can relax and have a wonderful view.

It is the perfect place for visitors where it is featured with soft gold sands, calm water which is suitable for swimming and sunbathing. You can reach Golden Bay Beach by bus or car and the bus stop is only 5 minutes walk away from the beach.

The Manoel Theatre was constructed by the Grand Master of the Knights of St John and was opened in 1732. When you enter the theatre you will be delighted by its gilt decorations in the main hall which is covered in gold and blue.

Inside the theatre, there are 623 seats, and that gives the theater a warm feel and also you will see the white marble staircase. There are many performances held there that show you many arts of Malta like music concerts, opera shows, and ballet recitals.

The Hilltop Town of Mdina is listed as a UNESCO World Heritage Site, you will have to go through the main gate to enter the city and you will see and explore the history of this place from its streets to the sandstone buildings.

There you will see the St. Paul’s Cathedral, which is a lovely Baroque building and it is designed by Lorenzo Gafa. The building is featured by its dome, marble columns, and ceiling paintings. Also, have the chance to visit Vilhena Palace, which was built in the 18th century and now hosts the National Museum of Natural History.

Another lovely place for you to relax and have a great time with your family, its crystal clear water makes you feel comfortable with the white sand. It is an amazing place for swimming or floating on inflatable tubes.

A beach is located there with umbrellas and chairs that could be rented and you can have a sunbath on the rocky hillside. In the high seasons, the beach is always crowded from 10 pm so make sure to be there early.

Explore the 7 Wonders of Kuala Lumpur

Crete: 12 Things to do in the Amazing Island