Top Experiences in the Cayman Islands 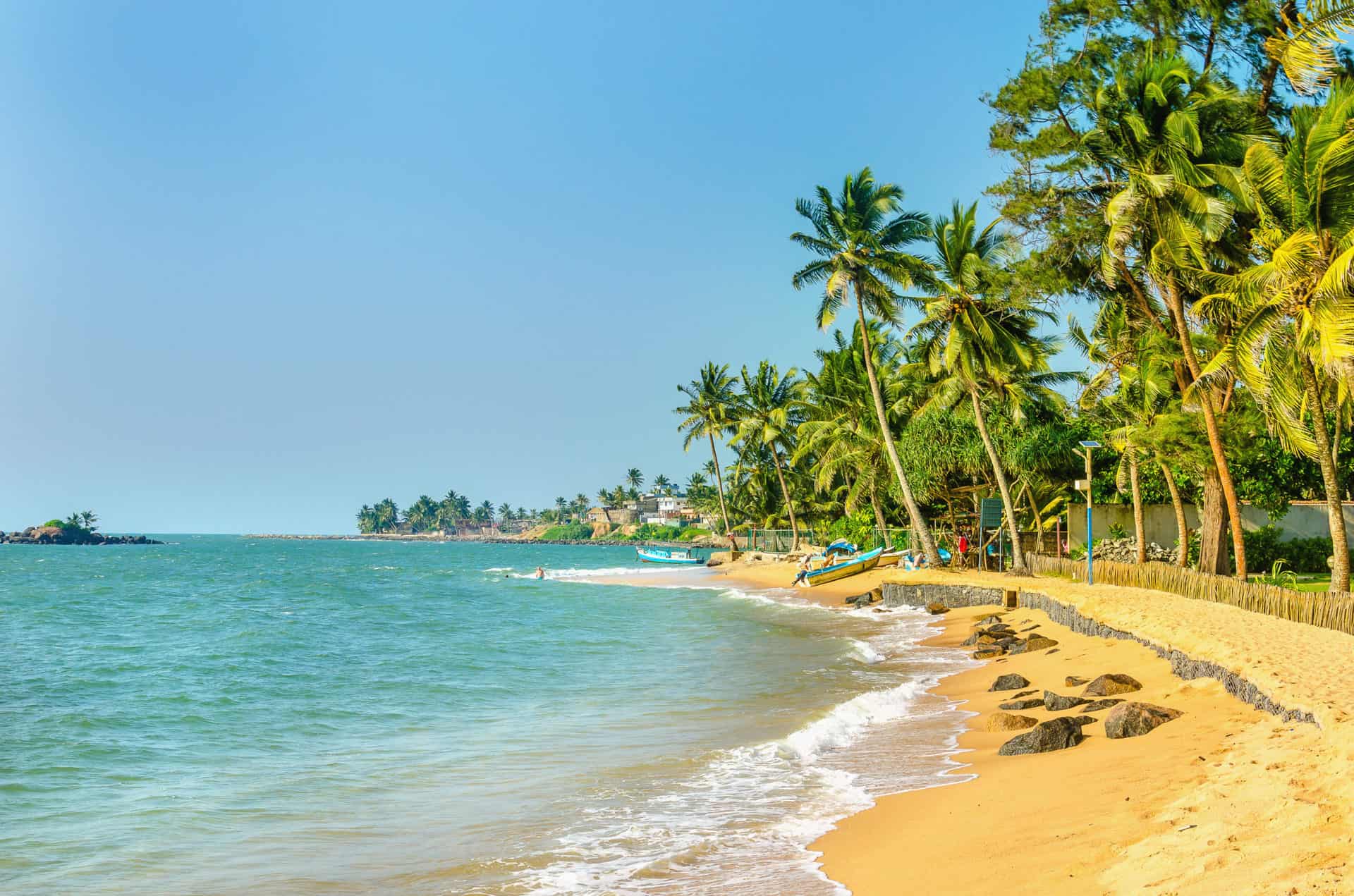 The Cayman Islands are known to be the giant financial center in the world and where banking life is active. The Cayman Islands are located in the western region of the Caribbean Sea and belong to the British State. It consists of a group of small islands which are Little Cayman, Grand Cayman, and Cayman Brac Island.

It was said that the first to discover these islands was the explorer Christopher Columbus, and that was on the 10th of May in 1503 and it was called Las Tutugas after the sea turtles that live there. Then Sir Francis Drake named it Cayman, as he took it from a word derived from the word crocodile.

In the Cayman Islands, there is a series of mountains of medium height located on the western side of it, and the highest mountain peak is located in the east and its height reaches 43 meters above sea level. In Cayman Island, there are different types of birds living in it and other endangered animals such as the blue iguana.

Weather in the Cayman Islands

The Cayman Islands are affected by a tropical marine climate, where the winter season runs from May to October, and the summer season is dry and hot and extends from November to April.

Things to do in the Cayman Islands

The Cayman Islands are one of the most important and wonderful tourist areas that can be visited, with beaches extending for seven miles. It includes many hotels, resorts, and restaurants, as well as a savannah oasis that includes a historic castle called Pedro.

And now we will get to know more about these places through this article, so let us know more about Cayman Islands, activities, and things you can do there. Pack your bags and let us start our journey now.

The Seven Mile Beach is one of the top attractions to visit in the Cayman Islands, also one of the most beautiful beaches in the world with its soft sand and crystal water, and surrounded with coconut palms. Although it is named Seven Mile Beach, it is only 5.5 miles only.

Tourists come from many places just to relax and enjoy the sun at that beach and it is free of roaming vendors. A lot of the famous hotels in the Cayman Islands are located on this beach and you will find booths on the beach for you to buy snacks and refreshments. The beach is public and it flanks the island’s main road north from George Town.

Stingray City is one of the most famous diving and snorkeling spots in the Caribbean, and one of the most tourist attractions in Grand Cayman. The area includes a series of shallow sandbars that hold huge numbers of stingrays where visitors can watch, feed, kiss, and interact with them.

Atlantis Submarines give you a chance to discover the underwater world without getting wet and enjoy the experience of watching the underwater world through large viewing windows to a depth of up to 30 meters. The submarines can accommodate 48 passengers, visitors can see tropical fish, coral reefs, shipwrecks, and underwater valleys. Many companies offer night submarine tours and shallow water excursions.

George Town is one of the best places that you can visit besides being the capital of the Cayman Islands. There you can do many things like going on a cruise trip, shopping which is considered one of the popular things to do and also shops, and art galleries.

It is also called the Grand Cayman Queen Elizabeth II Botanic Park, which maintains many kinds of plants and animals, especially the endangered blue iguana. You can walk through the path and see the palm gardens, orchids, and many beautiful flowers. Also, there are many animals that you will love to see like turtles, birds, snakes, and lizards.

There you can snorkel with the turtles and have a lovely experience with them in the sea. You will find there two kinds of turtles which are the green sea turtle and the endangered Kemp’s Ridley sea turtles. The main goal of the center is to raise the turtles for local consumption and also it is a facility to release the turtles to the wild.

Also, visitors will have the opportunity to see the turtles much closer in the tanks or even the pool in the Turtle Lagoon. Visitors can visit the Breaker’s Lagoon which is considered the largest pool in Cayman Island with waterfalls and underwater viewing windows that shows you the creature in the tank.

The Mastic Reserve is located on Grand Cayman Island and it is one of the best places where you can find natural attractions and it was made to protect an area of subtropical forest that is disappearing through deforestation.

To explore the reserve you can walk along the Mastic Trail which is 3.7 km long, it was built more than 100 years ago and you will walk through silver thatch palms, black mangroves, and many creatures such as frogs, lizards, and more. The trail was not used for a while because it became overgrown but after that, it was repaired and reopened once again.

Pedro St. James National Historic Site is located east of George Town, it is the home of a restored 18th-century house known as Pedro’s Castle. It is considered the oldest building on the island, it is also known as the birthplace of democracy in the Cayman Islands and it is the place where the first elected parliament decision to form the nation was made.

Diving in the Cayman Islands

Cayman Island is one of the best diving spots in the Caribbean and even the world, surrounded by many reefs and you will be able to see a lot of things in the underwater life like caverns, tunnels, steep walls, and wrecks.When you are in Grand Cayman, you can go to Stingray City where it includes one of the best diving spots in the world. There is the Kittiwake Shipwreck and Artificial Reef, it is a lovely spot for wreck lovers and in the north of Seven Mile Beach, you will find a US Navy Submarine that sank in 2011.

Also in Devil’s Grotto, there are cracks and swim-throughs, and divers by the North Wall might even see turtles. In Little Cayman Island, there is Bloody Bay Marine Park is a wonderful underworld place that includes Jackson’s Bight and the famous Bloody Bay Wall and it reaches a depth of 1800 meters.The third place is the Cayman Brac and it includes also many spectacular diving spots and the most famous one is MV Captain Keith Tibbetts and it is one of the most famous wreck sites in the world that you will ever see.

The Cayman Crystal Caves is located in Grand Cayman Island, where you will go beneath the earth to discover the beautiful underground site. It all started in 2016 when Christian Sorensen made guided tours to caves located under his property on the north side of Grand Cayman and after that, it became a famous place to visit in the Cayman Islands.

The caves were formed through the years, it is covered in contorted stalactites and stalagmites and you will see inside many bats in crevices and a wonderful crystal lake that holds rainwater through the rocks.

The Bluffs and Caves of Cayman Brac

The Cayman Brac island is famous for its beautiful caves, it is also known for its top hikes and coastal scenery. The island was called Brac due to the 45-meter-high stone bluff on the eastern part and it is the highest part in all Cayman Islands.

You can explore many of the island caves like Great Cave, Skull Cave, Peter’s Cave, Rebecca’s Cave, and Bat’s Cave and spend a great time there.

Camana Bay is a famous shopping place, where you will find more than 40 shops and more than 75 brands that you would love to see and buy. It is an outdoor mall with many palm trees surrounding it and just a few minutes from George Town and beside shopping, you will find restaurants, a cinema, and fountains.

There is the Observation Tower which gives you a magnificent view over the Seven Mile Beach, George Town, and the North Sound, and also you will see that the Town Square hosts many events that you will love.

Best 8 Things to Do in the Solomon Islands

Paris: Wonders of the 4th Arrondissement