Close X
Home/The World/Top Things to do on a Trip to Bergen, Norway 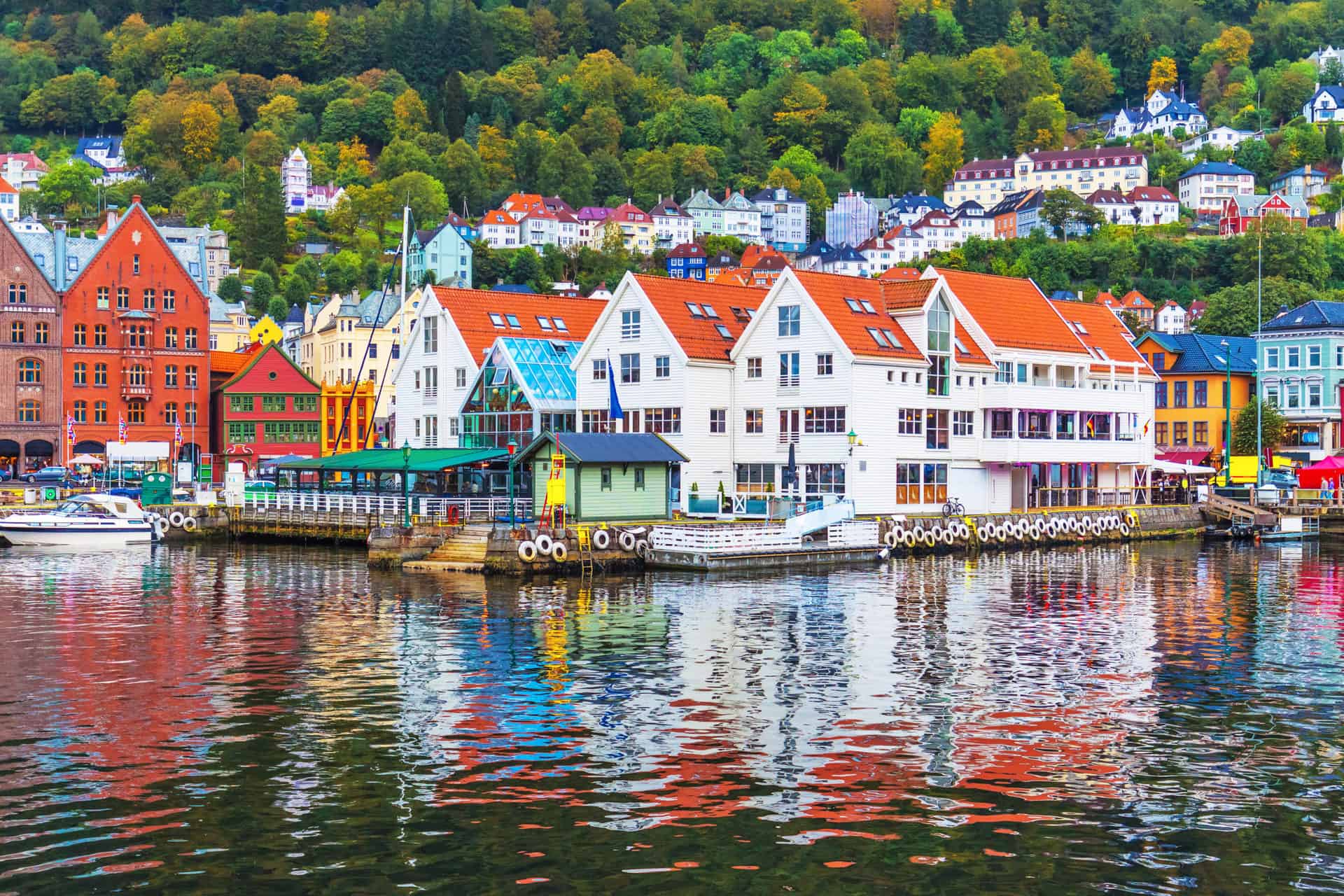 The city of Bergen is one of the most important Norwegian cities, which is located in the southwest of the country and overlooks the North Sea. The city neighborhoods are famous for the form of the island around the city, and it is also known as the City of the Seven Mountains because of the mountains it is surrounded by.

Bergen was founded during the reign of King Ulf Kerr in 1070 AD, it had a major role in trading and culture, and in the 13th century, it was the capital of Norway before Oslo. It is also considered as one of the fast-growing cities as it includes the largest ports in Europe and the largest merchant fleet in the Scandinavian cities.

Bergen is known as the city of rain and it is a warm winter city with temperatures ranging between 1 and 18 degrees. The coldest months of the year are December, January, and February and while the warm months are June, July, and August.

Things to do in Bergen

The Norwegian city of Bergen is distinguished by the many tourist attractions that attract many people to it. It is full of museums that you can explore with its history and art, it also hosts many summer arts and music events like Bergen International Festival, Nattjazz Festivals, and many others.

Let us now take a tour of the beautiful city of Bergen and know more about the places that you can visit and things to do there, so let us start the journey in the magnificent city.

Bryggen is one of the most popular tourist attractions in Bergen city, it was classified as one of the UNESCO World Heritage Sites in 1979, during your visit you will see the old lanes, and their houses made entirely of wood, which are more than a thousand years old, and still retain their shape.

The area includes restaurants that serve delicious food from all international cuisines and the presence of some concerts and historical documentaries that convey the history of that ancient city.

Bergen Cathedral was built in 1181, it was at first a monastic church and it was rebuilt many times after it was on fire, two of them were in 1623 and 1640. When you enter the cathedral you will see its Rococo interior design that was renovated in the 19th century by architect Christian Christie. You can visit the cathedral on the weekends of the tourist seasons from June till August and you can find their English language tour guide.

Mount Floyen is located to the northeast of Bergen, where its summit reaches 319 meters and from there you can see a fascinating view of Bergen. There is another way to reach the top other than walking like the Floibanen which is an 844-meter long funicular railway and over a million passengers take the railway every year to reach the top of Mount Floyen.

After that, you can go to Blamann, which is a 551 meters tall mountain, and from the peak, you can see a more spectacular view from the top.

The Bergenhus Fortress is a lovely building located in Bergen, it was built for the Norwegian King Hakon Hakonsson in 1261 but it was damaged and restored in 1950. When you are in the fortress you can visit the banqueting hall, the Haakon’s hall, and also the Rosenkrantz Tower that was built in the 16th century.

Don’t miss visiting the Bergenhus Fortress Museum which contains exhibits that are related to the contribution of women and resistance groups during the German occupation.

The KODE Museums consists of four locations located in the center of Bergen, KODE1 is the first one which includes Silver Treasure with gold and silver works that were made locally. KODE2 is the home of exhibits, installations, and an art book store.

KODE3 is the most famous of them all, where it contains a large collection of work by Edvard Munch. KODE4 also includes many art collections and also an art museum for children and it’s free for children under 16.

Mount Ulriken is one of the most famous top attractions to visit in Bergen, it is the tallest mountain there and if you want to climb up you can use the cable car from the Ulriken Cable Car Station. If you want to hike it will take you from an hour to two hours to climb but you will be able to see a lovely view of the city from the top and you can rest at the restaurant at the top.

When you are riding the cable car you will enjoy seeing all the nature around you and don’t forget to take some beautiful pictures.

Grieg Museum is located south of Bergen, it is known as the home of Norwegian composer Edvard Grieg and it was built in 1885 and is a museum now dedicated to his life work. There were buildings built to commemorate Grieg’s life and work.

When you are at the museum you will be able to see Grieg’s hut and the workspace by the lake. Also, the place contains a chamber music performance hall that includes 200 seats and overlooks the hut and the lake, and concerts are performed from June till September there every year.

The VilVte Bergen Science Center is the perfect place for families, where it contains 75 stations and it helps children to get involved with games and learn more about science. Some exhibits include experimenting the hydropower, forecasting the weather, and standing inside the bubble.

Also, you can experience 3D films that you can enjoy, and try your hand at navigating an oil tanker and try the G-Force which is a bicycle on a track that does a complete loop.

The Old Bergen Museum is located in the old city district called Sandviken, it was opened in 1946 and when you visit the place you will feel like you are in the 19th century.

The museum is a part of a project to save Bergen’s historical building and now it preserves more than 55 wooden buildings. The museum hosts many events throughout the year and some performances take place in the old town square.

There is a place called Finnegarden which is the best preserved of Bryggen’s 18th-century merchant homes and it hosts Hanseatic Museum that was opened in 1872 and built in 1704, it is one of the oldest wooden buildings in Bergen, and it provides an excellent insight into the lives of the German merchants.

The building includes a lovely interior and you will find inside weapons and equipment and a part of it is the assembly of rooms and kitchen of Schotstuene and also exhibits about merchants’ community.

The Royal Residence is a beautiful building located in Bergen, it was extended several times and it is now the Norwegian Royal Family’s Bergen residence. When you visit the place you can climb to the roof and see a magnificent view of the city and have a tour of the building.

Best Things to do in Cologne for an Enjoyable Vacation

What to do in Berlin for an Enjoyable Vacation