10 Fantastic Things to do in Munich for a Perfect Holiday 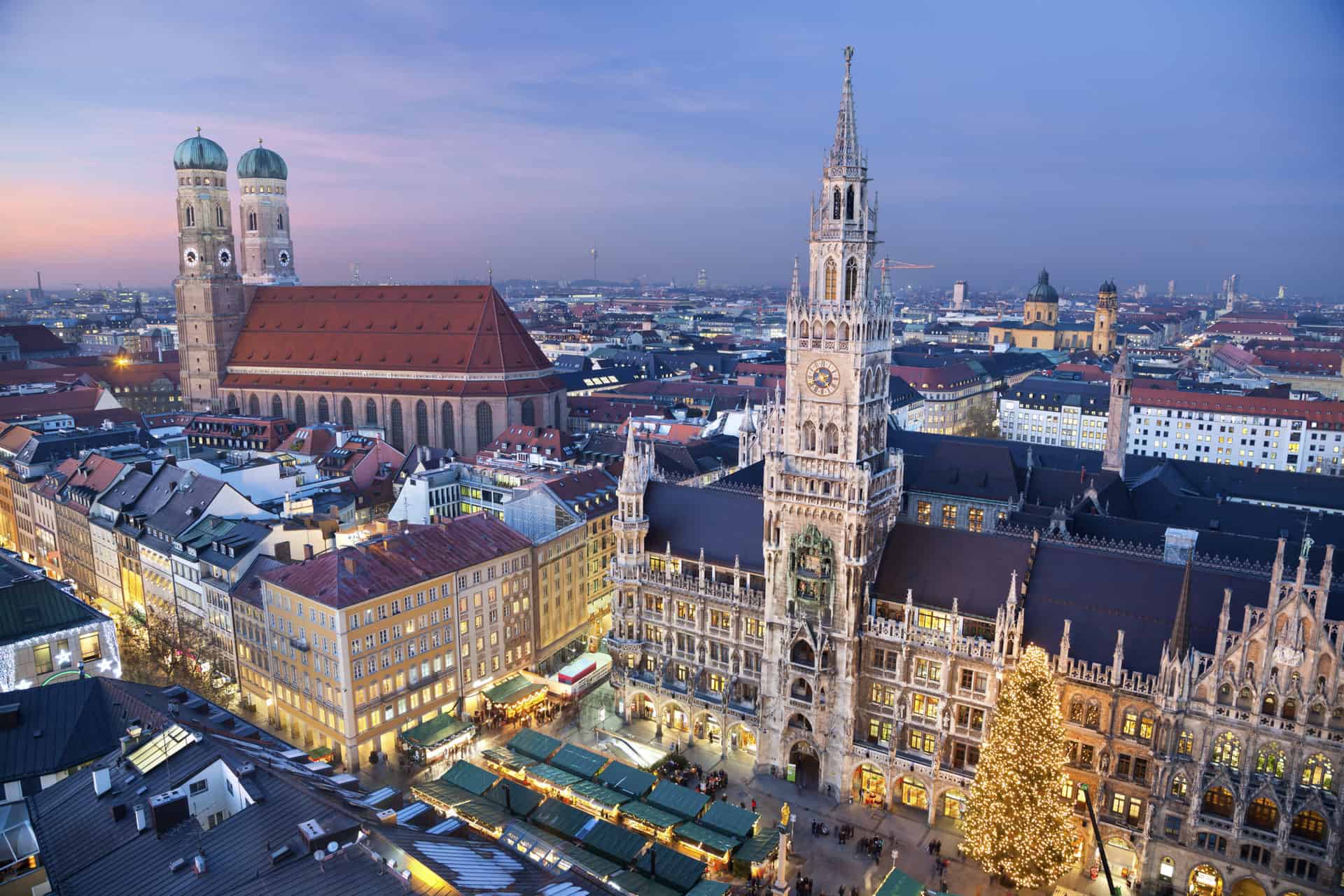 Munich is the third-largest city in Germany, it is located in southern Germany at an altitude of 520 meters above sea level on the Isar River. The city of Munich was founded in 1158 by Wilf Henry and at that time it was just a small village. After some time, the village grew and became a city and was fortified and it was the seat of many princes.

Munich has developed economically over the past decades, this made it one of the richest cities in Germany and made it the headquarters of many large companies like the automobile and electrical industries. There are also the finest fashion houses around the world and this makes them the focus of the attention of many tourists around the world.

Many events have been held over the years, most notably the Summer Olympics in 1972 and the FIFA World Cup in 1974 and 2006. There are about 3 million tourists who visit Munich every year.

Munich’s climate is considered continental because of its proximity to the Alps. In winter, the weather is cold, rainy, and snowy, and in the summer, it is warm. The temperature varies between summer and winter, as the wind can change the temperature completely.

Things to do in Munich

The city of Munich is famous for its many important monuments, art museums, churches, and Bavarian palaces dating back to ancient times. The city also provides tourists with an opportunity to see the view of the summit of the Alps from St. Peter’s Church.

We will get to know more about what you can do in Munich in the coming lines, so pack your bags and let us start our journey in this beautiful city in Germany.

Nymphenburg Palace is one of the largest and most prestigious European palaces, and one of the most famous tourist destinations in Munich and it was built in the 17th century. Nymphenburg Palace is located in the Neuhausen region and receives millions of visits every year, it was the former summer residence of the Wittelsbach family for a long time and it contains many private rooms with beautiful artworks in it, a court stable, chapel, and a museum.

The palace is not just an antique, it is a classic-style masterpiece. You can move around the palace, and learn about the magnificent artifacts inside. The lovely feature of the palace is the outdoor garden, which resembles classic painting, a large fountain, statues of a Greek god, and it was constructed in the 17th century.

Munich Residenz is one of the most beautiful palaces in not only Germany but also Europe and it was always the seat of ducks and kings of Bavaria. The residence is located in around 7 large courts, it consists of 3 main sections which are the Konigsbau, the Alte Residenz, and the Banqueting Hall.

Munich Residenz now contains museums and monuments such as the Residenz Museum, the Court Church of All Saints, and Cuvillies Theater. The Alte Residenz is a magnificent place of the last Renaissance and it was the place where the power of Bavaria grew. After that, the Konigsabu and the Banqueting Hall were built in 1848.

The Olympic Park is the place where the 1972 Summer Olympics was held, it was in the past a training place for the Royal Bavarian army and it covers an area of 2.7 million square. It held many concerts and events like the summer Tollwood Festival.

It is a perfect place for families, where you will find many activities to do like roof climbing and there is the Olympic Tower, which is 290 meters high built in 1968 and has viewing platforms that give you a spectacular view of the city of Munich.

Marienplatz is known as Munich’s central square, it includes the New City Hall that fills a large side of the square and the Old Town Hall. In the square in the old ages, there were medieval jousting tournaments held there and also markets and that was until 1807.

When you are at the square you will see a tall column of the Virgin Mary erected in 1638, also there is a fountain with a bronze figure, and besides that, the shops are spread all over the square with a large Christmas Market. One of the famous traditions that take place is the famous Glockenspiel where there are mechanical figures jousting and dancing.

The Christmas Markets start from the last week of November until the 24th of December, where the squares become colorful with lights all over the places and the holiday music is on. When you are in Munich at that time of the year, you will see frosted gingerbread decorating the shops that are full of candies and cookies.

The biggest market in Munich is at Marienplatz, there you will see chorales singing in the streets and there is a market nearby the square called Rinder market that contains figures of angels, the holy family, animals and much more that you can buy.

The BMW Museum is located near the BMW headquarters and factories, it is a beautiful place for car lovers and in the museum, you will find all models that BMW made including sports cars and motorcycles.

Inside the museum you will get to know about the technology of automobile construction, the plans of the company in the future and also what the company achieved and made it one of the best car companies in the world.

The English Garden in Munich is the largest city park in Germany, it covers an area of 910 acres and it is a beautiful place to spend a great time. The garden contains many trees, plants, also 9 km of winding streams, and a beautiful artificial lake.

The garden is a perfect place for jogging, walking, and cycling, and also you can have a nice picnic there.

Also when you visit the garden you will see a 1972 Japanese garden that is constructed in the southern part of the garden. The garden contains the Bavarian National Museum that includes many collections of medieval German sculptures.

The Deutsches Museum is the largest museum of technology in the world, where it contains 17000 artifacts with exhibits that range from the brass of early astronomical instruments to the latest science on global warming.

The museum consists of several floors, each floor carrying dozens of years of progress. In the museum, you will find the history of aircraft and ship manufacturing and the development that Germany experienced in the industry in general.

Many collections are related to cars, aircraft, trains, and also shipping. In the museum, you will be able to see a 19th-century wooden fishing boat, a copy of the original of the Red Baron’s biplane from the First World War.

St. Peter’s Church is one of the oldest places to visit in Munich, it is located on a hill and was built in 1386 in a Gothic style. The church contains a baroque choir with 3 apses in 1636 and inside you will see red marble monuments, Schrenk Altar with a sculpture of the Last Judgment. There is also the 299 step tower, with a height of 91 meters, and from the top, you can see a wonderful view from there.

The Art Museums is the place where you will be able to find the finest groups of art museums in Europe, there is the Old Picture Gallery which contains German, French, Italian, Spanish and much more paintings and there is the New Picture Gallery and inside you can find art from Rococo to Art Nouveau.

Also, the State Gallery of Modern Art contains works by Picasso, beside these museums are Glyptothek and State Antiquities Collection museums with many ancient sculptures inside them.

Best 8 Things to do in Colorado